Think of Lone Peak High School in Highland, Utah and what comes to mind?

And as dominant as the Knights basketball team has been, the 2014 LPHS golf team is quickly making a case as the most dominant sports team at the school this year. 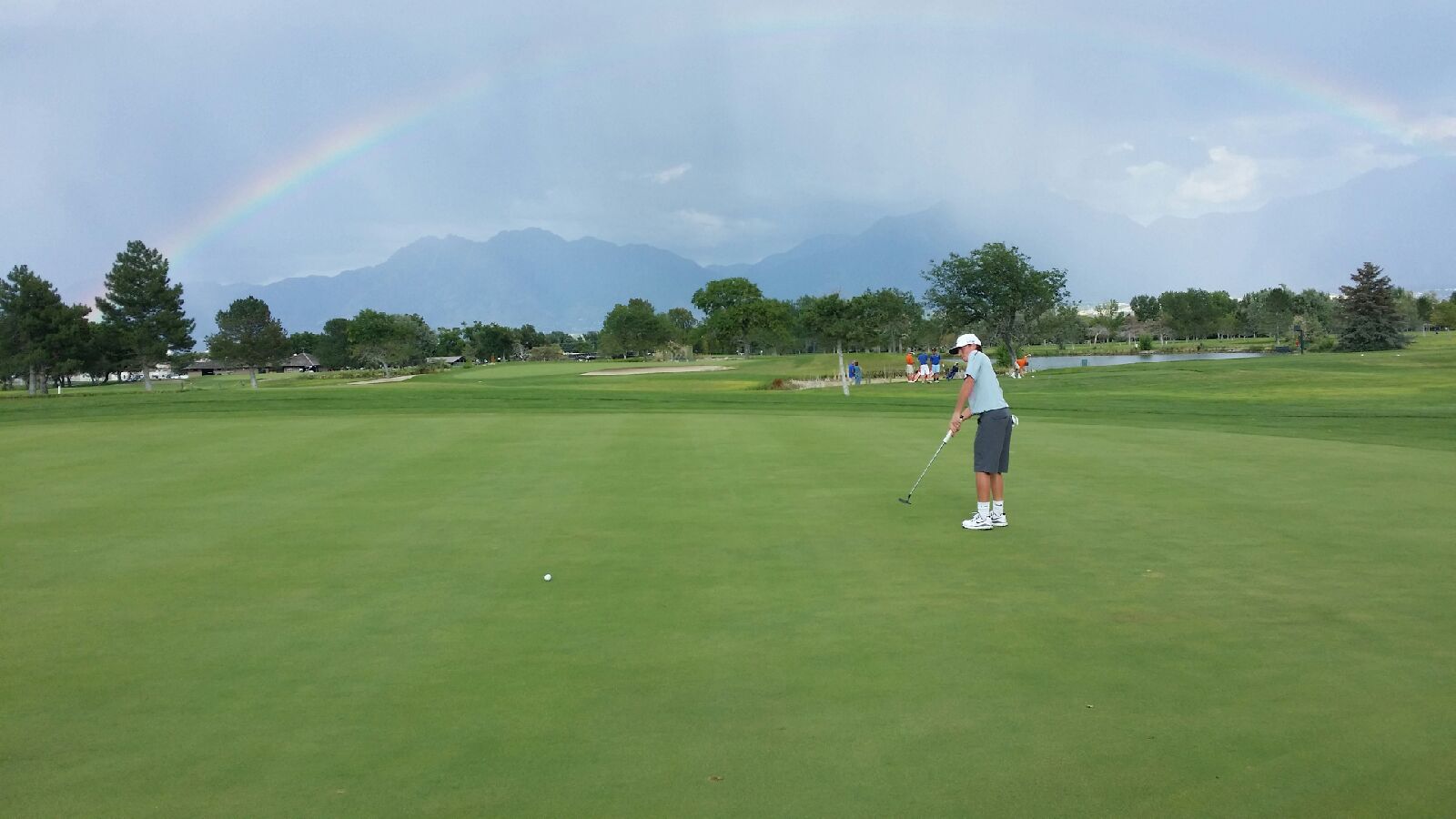 Earlier this season, at a tournament held at East Bay Golf Course in Provo on Aug. 13, the Lone Peak boys golf team set a new state record for team low score shooting a -26 under par.

For those not familiar with high school golf, a team score is reached by taking the top five scores from a team of eight golfers. By comparison, the state’s previous team record for low score was -17 under par, set by another Lone Peak team in 2008 at Talons Cove in Saratoga Springs. The star of that year’s team was Joe Parkinson, who now helps anchor the BYU golf team. Parkinson also finished first in the 2010 Utah State Amateur before serving an LDS mission to Tampa, Fla.

During the East Bay tournament, junior Carson Lundell shot a 63 or -9 under par. Freshman Max Brenchley shot a 64 during the same tournament, with a 29 on the back nine, for a -8 under par.

“It’s the system they follow. Being the director of golf instruction at Alpine Country Club, I’ve worked with these guys for the past six years,” Stanger, who previously coached on the LPGA Tour. “The kids have a system they follow and now, as their high school coach, I can coach them during the round.”

This is Stanger’s second year as the Lone Peak golf coach. During Stanger’s first season with the Knights the team went undefeated and won the 2013 5A state championship by 14 strokes over Syracuse. 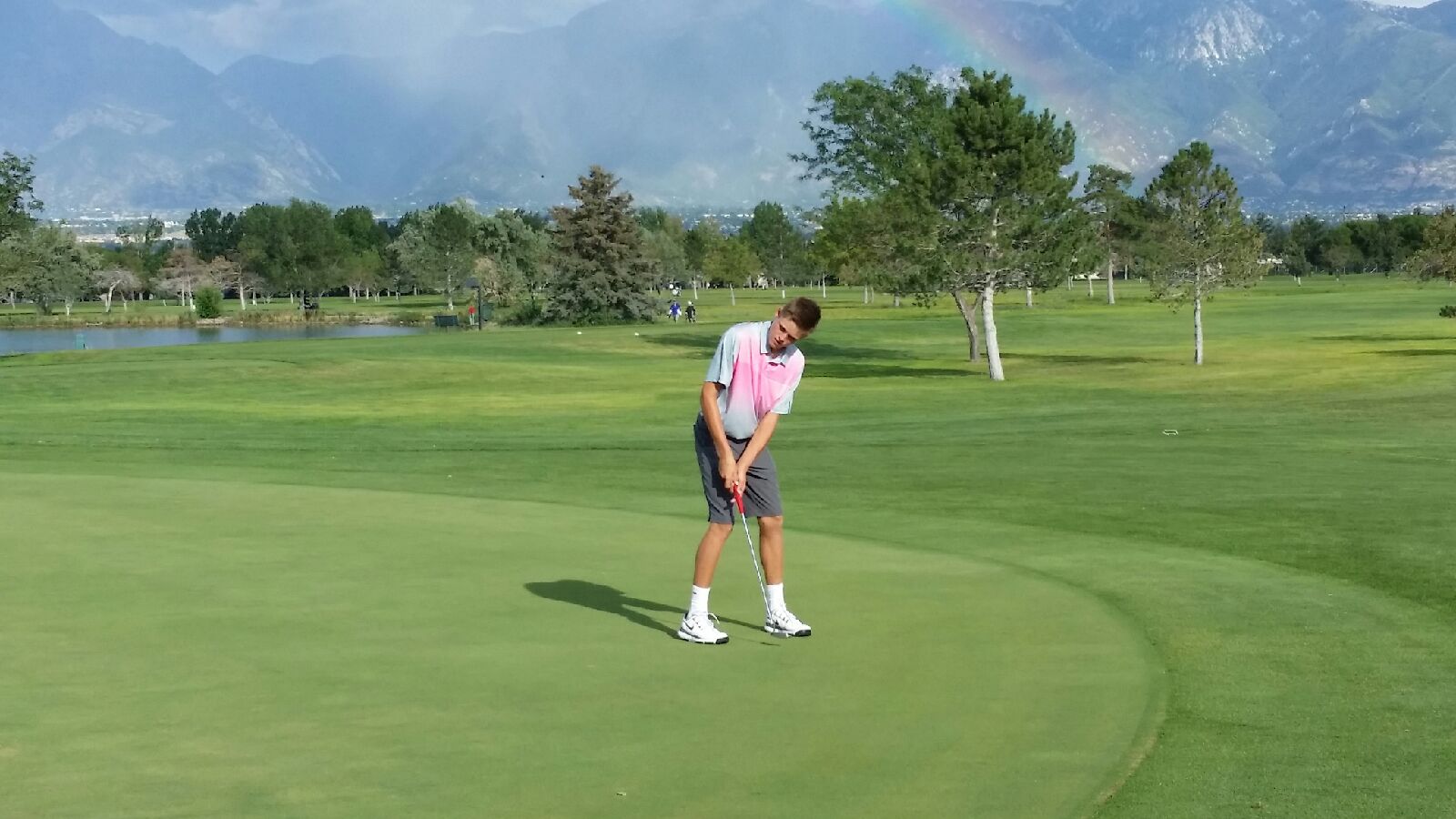 Lone Peak will get a test of its national standing this weekend at the Antigua National High School Invitational in Phoenix.

To win at a tournament like this, Lone Peak will need to rely on the experience of players on the team who have Junior World Championship experience like Lundell, Brenchley and Elijah Turner.

As it stands, the Lone Peak boys team remains undefeated through five tournaments of Region 4 competition. This past week the team fired a -8 under at Fox Hollow Golf Course defeating its nearest competitor, American Fork High School, by 28 strokes.

The Knights were led in that tournament by junior Carson Lundell who shot a 65, -7 under, capturing his third region medalist honors of the season. Lundell is -21 under par through the teams’ five tournaments this season.

During the tournament at Fox Hollow, sophomore Elijah Turner shot a 70 (-2 under par), freshman Max Brenchley shot a 71 (-1) and senior Cameron Webb fired an even 72.

The Lone Peak boys varsity is an incredible -49 under par for its last 54 holes of competition.

Two of the Lone Peak golfers are currently being recruited by BYU according to coach Stanger: senior Cameron Webb and junior Carson Lundell.

So, the question remains. Is this truly the best high school golf team the Beehive state has ever seen?

“I don’t give any thought to which high school teams are the best in (state) history,” Stanger said. “As (the Lone Peak) coach, I’m just trying to prepare these guys to go on and play Division I college golf. I was lucky enough to go from a three-time state championship team at Timpview, to UCLA. I want that opportunity for these guys.”