But don’t worry Texas fans, Grover from “Sesame Street” explains exactly how Hill was able to dominate the field Saturday night. Just watch this video to figure it out (and rub some salt in your wounds). BYU fans — prepare to laugh.

The Internet went wild after Hill had a prolific second half, including three Taysom Hill second-half rushing touchdowns, which led to this meme. 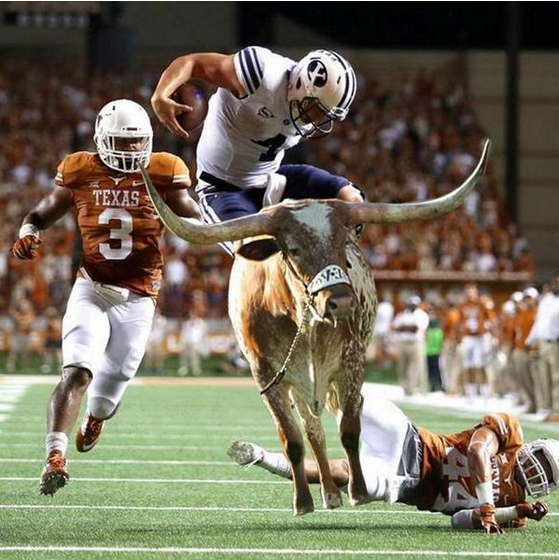 And Siri even became a BYU football fan.

After Saturday’s game, ESPN’s FPI is reporting that BYU’s football team has the best chance of completing the regular season undefeated.