Much was made of the future of college football during this last off season.

Does BYU deserve a spot with the big boys, aka “P5 teams” in college football or will the Cougars find themselves scrambling, searching for an empty chair when the music ends?

One thing solves every problem for BYU moving forward — winning.

And now, after thrashing Connecticut and Texas like the Hulk did Loki in The Avengers, BYU has the collective attention of college football pundits and keepers.

BYU started the 2014 season like the self-conscious kid trying to get a seat at the “cool kid” table of college football.

Some programs have a seat at the cool table. Notre Dame, Alabama, Florida, Michigan, Oklahoma, Stanford and USC, among others.

Then there are an assortment of their less cool friends who have a seat because they are friends with the cool kids. Teams in this group include Rutgers, Maryland, Wake Forest, Vanderbilt, Minnesota, Iowa State and Texas Tech among others.

Then there’s BYU, the Ren McCormick of college football.

Awkwardly holding a metaphorical lunch tray and waiting to be invited to sit down, all-the-while ignoring the exuberant invites of Cincinnati, Fresno and San Diego State to sit down.

What would happen to the Cougars if the power five conferences eventually formed their own division in a push for greater NCAA autonomy?

Could BYU survive long-term as an outsider?

This would represent the worst case scenario for BYU football.

If all five power conferences created a separate division, the bulk of available TV money would be locked into that division. Such a division would have its own playoffs and bowl games and no longer include lower division teams in the mix.

Remaining FBS schools would be forced into a lower division separated from power conference schools — resembling the way FBS and FCS schools are divided in football now despite belonging to the same division in other sports.

In such an environment, non-power conference schools would draw little interest from TV networks. Money and resources would be poured into showcasing the new power conference division. The difference in national exposure for non-power schools and power schools could be as stark as the dividing line between FBS and FCS schools now.

If BYU remained locked outside the power conference structure in this scenario, the Cougars would find it nearly impossible to secure another ESPN contract at the same value or a higher dollar amount. That would hurt the athletic department’s bottom line and harm BYU’s ability to build a national program.

BYU’s best bet to avoid being permanently left out down the road is to prove it belongs now. The Cougars can only do it by scheduling and beating quality opponents.

It can be argued BYU is better than several lower echelon power conference teams. Such an argument is irrelevant to BYU’s current position. These teams will not suddenly get kicked out of their spots to make room for the Cougars. BYU must make a case for inclusion where it can — on the football field. 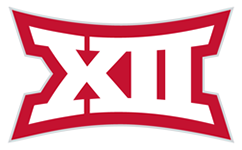 BYU’s best, quickest route to being included at one of the five cool tables is to find a seat with the Big 12.

Bronco Mendenhall did not mince words earlier this summer when outlining his vision of where the BYU football program needs to go.

Mendenhall said he would like BYU to eventually receive a Big 12 invitation during a June interview with the Austin American Statesman and again a short time later at BYU football media day.

For Mendenhall, BYU to the Big 12 makes sense on many levels. He believes the Cougars are a good fit with the league’s regional footprint and also bring quality football and a national brand to the table.

“We have a great program,” Mendenhall said. “We have one of the most elite programs in college football. It’s a team fighting for inclusion on a national scale with a system that keeps changing.”

BYU says all the right things about independence. And it has been a step up from life in the Mountain West Conference. The Cougars have gradually improved their schedule and increased their national exposure through a contract with ESPN.

The ESPN deal has been rewarding for BYU. Before leaving the Mountain West in 2010, BYU earned about $1.3 to $1.5 million annually in TV revenue. When the Cougars signed an eight-year deal with ESPN, their revenue jumped to a range of $800,000 to $1.2 million per home game. All of this has helped BYU become one of a handful of FBS football programs that make enough money each season to operate in the black.

For now, the partnership with ESPN allows BYU to schedule top teams around the country and build a national footprint for its football team.

“Without ESPN, our schedule doesn’t look the same,” Mendenhall said. “We just had a deal where ESPN brokered a deal for us and eight different teams had to move to make it happen. We have a powerful ally that actually believes that our brand stands alone. That’s why they support us through independence. I’m not sure who else they would do that for.”