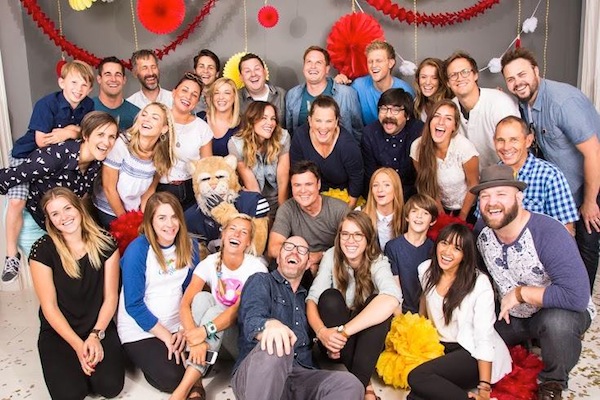 On Saturday afternoon, downtown Provo will be crawling with teams of people searching for clues and completing tasks in what organizers hope is the world’s largest scavenger hunt.

The goal of the hunt is two-fold, said Kaneischa Johnson of Downtown Provo Inc., a sponsor: To break the world record and help people experience downtown Provo. According to the Guinness Book of World Records, the current record for the largest scavenger hunt happened at the University of Chicago on May 6, 2011 with 924 participants.

No roads will be closed for the event, which will stretch from the Provo Library at 550 N. University Ave. to the downtown zone.

“It’s meant to be really pedestrian-oriented,” she said.

Teams of two to eight people will be given a task list to complete at shops and landmarks along the way, Johnson said.

Scavenger hunters can get an early start on the game if they pre-register for the free event on Friday at the Provo Library, instead of waiting until the Saturday morning registration from 10 a.m. to noon. The early birds will even get the task list for the hunt so they can plan out a strategy.

The hunt — organized by Google and also sponsored by Provo City — starts at 1 p.m. Saturday at the Utah Valley Convention Center on Center Street in Provo.  Teams have until 5 p.m. to complete the tasks, which organizers say won’t take longer than two hours. The participants have to return to the convention center at 5 p.m. to be counted by judges from the Guinness Book of World Records, but there will be hors d’oeuvres while they wait.

Teams can stick around for the party that starts at 7 p.m., with Ryan Innes (former contestant on NBC’s “The Voice”), dancers from BBoy Federation, DJ Skratchmo and FlipOut FlipBooks. The winners will be announced at the party too, which is only open to scavenger hunters. All the hunters who complete 50 percent of the tasks will get a limited-edition Provo T-shirt.

Johnson said there are several prize packages up for grabs for winners.

“Google Fiber wants to give back to Provo,” she said.

Deputy Provo Mayor Corey Norman said the event will also draw attention to the closing date for Google Fiber sign-ups in the city. The last day to sign up for the service is Sept. 20, and after that there’s no guarantee.