More are Americans are single instead of married for the first time since the U.S. government began tracking such things in 1976.

According to data collected by CityLab and the Martin Prosperity Institute, 27 states states now have populations where more than 50 percent of the population is single. States with the highest percent of singles are Louisiana and Rhode Island (both 55.7 percent) and New York (55.4 percent).

The state with the highest percent of married people is … you guessed it, Utah. Of the Beehive state’s population, only 43.7 percent are single. Idaho (44.4 percent), Wyoming (46.4 percent), Iowa (46.7 percent) and Nebraska (46.9 percent) follow Utah as the least single states. 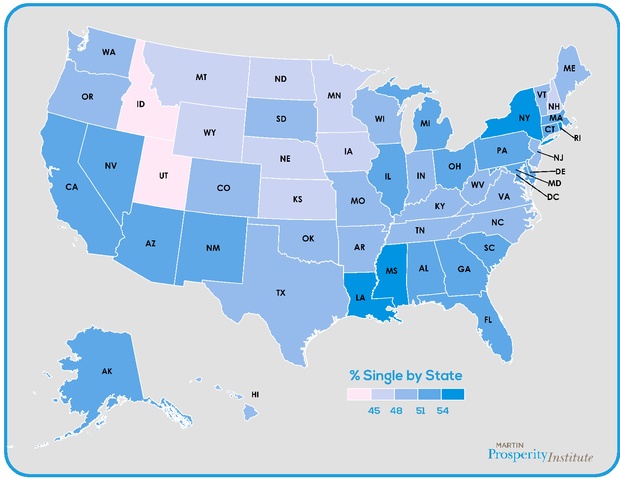 Afternoon pajamas and other crimes of fashion Previous post