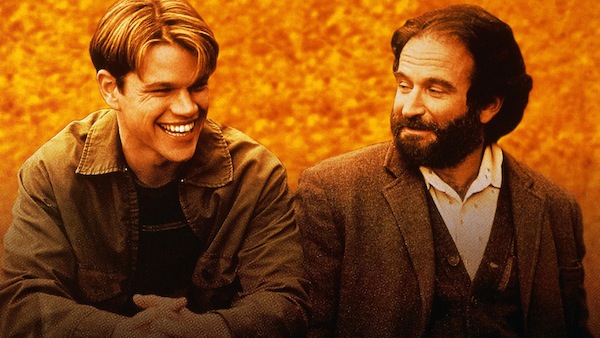 It’s officially fall. That means sweater weather, Saturdays filled with college football, boots, baking with pumpkin ingredients, flannel and hikes that are breathtaking — because of both the stunning foliage of Utah Valley and the surprisingly cool air that catches in your lungs.

Unfortunately, Utah fall never seems to last long enough, and it’s not terribly unusual for wee Utahns to trick-or-treat in some light snow or at least have their princess costumes ruined by non-matching, mother-imposed layers of clothing.

As the days get shorter, the nights get longer — and chillier. Autumn evenings are the perfect time to cuddle up with some caramel apple cider, grab some candy corn and enjoy these classic fall films.

“Don’t you love New York in the fall? It makes me want to buy school supplies. I would send you a bouquet of newly sharpened pencils if I knew your name and address.” This quote from the film is self-explanatory.

Speaking of school, there’s nothing like the excitement of a new school year beginning in the fall — especially when John Keating (played by the late Robin Williams) inspires his students to seize the day and “suck the marrow out of life.”

Few places are more impressive than New England in the fall. Remember the scene where the illustrious Robin Williams sits with Will (Matt Damon) on a park bench and the somewhat-blurry colors of autumn in the background?

Fall also means election season. This satirical 1999 film pokes fun at politics while telling the tale of Tracy Flick (played by Reese Witherspoon) as she runs for student body president.

This one just feels like fall because of the opening and closing scenes that take place in beautiful, open land with early autumn greens, yellows, oranges and reds. Use the soundtrack as background music for your autumnal adventures.

A determined Linus pens his annual letter to the Great Pumpkin and the waits all Halloween night for the Great Pumpkin to come. His friends in the Peanuts gang ridicule him. You’ll have to watch this animated Halloween classic to find out if it ever comes.

In this less child-friendly Halloween film, Tootie and Agnes dress up in rags and go trick-or-treating in 1904. And it’s scary. Fun fact: “Have Yourself a Merry Little Christmas” is from this 1944 musical starring Judy Garland.

“The Village” and “The Others”

If you want a non-horror movie that’ll give you a fright or at least a small chill, watch one of these movies with nods to autumn. You won’t always be confident in what is what and who is who, and you’ll be sure to jump at least once. Plus, Joaquin Phoenix and Nicole Kidman both give great performances.

Yes, this one has the word summer in the title, but autumn is really important in this movie, too. Go watch this offbeat rom-com now if you don’t know why.

For some reason, most Woody Allen movies feel like fall. In “Hannah and Her Sisters,” Allen explores the lives of three sisters from one Thanksgiving to the next, and does so with the feeling of fall in the color schemes and the relationships. See also: “Annie Hall.”

This one is a bit more obvious because of the title. It’s based on the true story of Homer Hickam, a coal miner’s son who decides to take up rocketry even though his father doesn’t want him to. What inspires him? Watching Sputnik streak across the sky after its first launch — in October.

“Rudy” or “Radio” or “Remember the Titans”

Remember the three Rs to get the most out of your fall football season. All three of these are classics with stories of determination, resilience, perseverance and respect. And there are some great football moments for when there aren’t any good games on TV or when the Cougars have a bye week and you miss college football.