Something new has landed in Provo, and it’s not the iPhone 6. But, close. The first annual Pocket Film Fest will feature only mobile-made films. Bonus: They’re family friendly. (Photo courtesy of Steve Olpin)

Old or young, it seems everybody is spending a lot of time on his or her smartphone. That’s no surprise. A new smartphone today is far more powerful than a desktop computer of just a few years ago. For nearly any task, there’s an app for that. The screens are beautiful, sharp and bright. Phone storage capacity seems bottomless. When you’re connected to the cloud, it might actually be bottomless. And the easy HD camera that’s always with you is arguably better than the bulky, expensive, fragile, easy-to-lose alternative.

Enter the Pocket Film Fest, Provo’s own festival of mobile-made films. Every film screened at the October 18th fest will be shot, and in many cases edited, entirely on a smartphone, tablet or action camera.

So, why have a mobile-made festival?

“When everybody has such amazing devices in their pockets, there’s often no need for more complicated and expensive camera or editing gear,” says Austin Craig, co-founder of the Pocket Film Fest.“Something as common as an iPod Touch is more than capable of filming and editing an awesome short video. All you need is a little creativity.”

Craig is no stranger to film and web video. You might remember him from the viral YouTube ad, “Bad Breath Test: How to tell when your breath stinks.” The video has over 19 million views.

“I’ve learned a lot about mobile video from working at Orabrush and other projects,” Craig said. “A big budget isn’t always necessary. Occasionally, it’s not even helpful. Our fest focuses on the filmmaking tools people already have. This also levels the playing field, so young filmmakers can compete with the same equipment as seasoned pros.”

Need more convincing? Here are some reasons not to miss this hip Provo fest.

From Stuart Edge to the Kid History guys, you’ll find them at the festival. Some will be judging submissions, and some will be showcasing new videos of their own. You might even submit your film to the fest so they can see your movie!

BYUtv is doing a lot more than church firesides these days. “Studio C” has been a huge hit, especially with Utah families. The cast will be judging submissions at the fest as well as sharing some of their thoughts on filmmaking. If we’re lucky, they might even debut some new comedy. 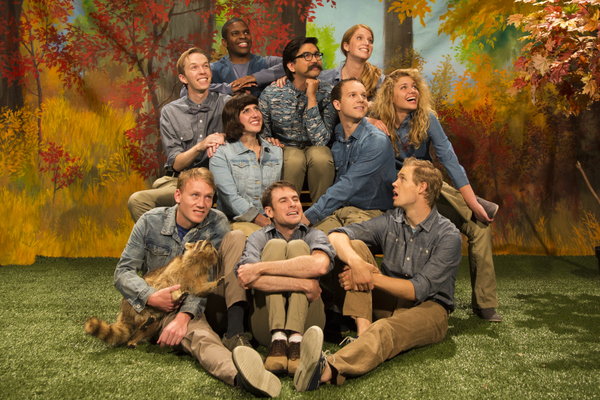 3. The food truck roundup will be there.

Screenings for the Pocket Film Fest will be in downtown Provo. Venues like Velour and the Echo Theater will host different portions of the program throughout the day. Then in the evening, the closing program and awards ceremony will happen outside at Pioneer Park on West Center St. You’ll have your choice from the dozens of food trucks that have sprung up over the last year to join the Provo food truck roundup.

Local companies like Contour Cameras, Dark Energy, Zagg, Goal Zero, Snap Power, and Phone Soap will be giving away gadgets of all kinds. Plus, there will be cash prizes for winning filmmakers. In total, the fest is giving away more than $15,000 in prizes and awards.

Pro filmmakers and Pro YouTubers will share some of their thoughts on doing more with less. Some of the questions the pros will address in the moderated discussion include: What really makes a great film? When is expensive, complicated film gear necessary? When is it just a distraction? Is it different creating for YouTube vs. the big screen? What are the most important factors in creating a great film?

You’ll see some of the best filmmaking from Utah and across the globe, from teenagers and experienced filmmakers. 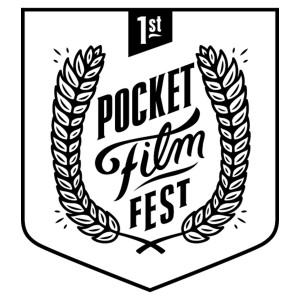 7. Earn bragging rights that you were at the very first Pocket Film Fest.

The Sundance Film Fest is arguably the most prestigious indie film fest in the world, and it’s right in our own back yard. What would it have been like to attend the first one? The South by Southwest festival in Austin, Texas, now hosts well over 150,000 attendees, but had 700 when it started in 1986. Mobile devices are only getting smaller, smarter and better at everything, and the media we make with them will only get more impressive. When the 20th annual fest brings filmmakers and attendees from the world over, you can say, “I was there when it all started!”

Want free tickets? Go here and enter 360 FILMS at checkout. To get an inside look at the festivities, search for #pocketfilms2014 on Instagram.