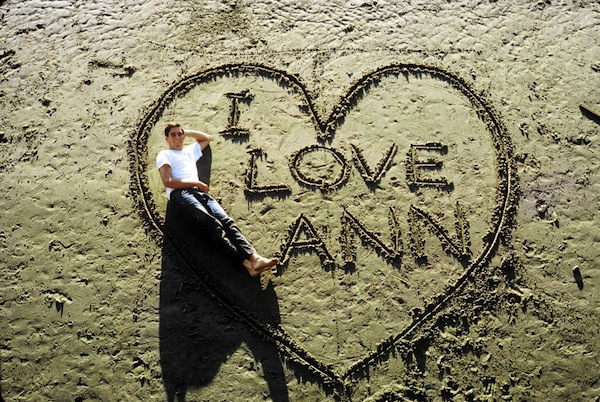 Mitt Romney posted this picture of himself on his LDS mission in France with an open letter he wrote to his wife Ann Romney celebrating the start of the Ann Romney Center for Neurologic Diseases.

Ann Romney knows what it’s like to stand in the shadow of her husband, but today she is stepping out of the shadow and into the spotlight — and her husband, former Republican presidential candidate Mitt Romney, wants everyone to know she deserves it.

Mitt Romney wrote an open letter to his wife Tuesday morning expressing his love and admiration for her as she launches the Ann Romney Center for Neurologic Diseases.

“From one of the wounded, you have become one of the warriors,” Mitt Romney wrote in his letter. “I could not be more proud of the 15-year-old girl I fell in love with almost 50 years ago.”

[pullquote]”From one of the wounded, you have become one of the warriors. I could not be more proud of the 15-year-old girl I fell in love with almost 50 years ago.”
—Mitt Romney, Former presidential candidate[/pullquote]

Now that Mitt Romney’s run for the White House is done, Ann Romney has founded the Ann Romney Center for Neurologic Diseases at Brigham and Women’s Hospital, which aims to find cures for five neurological conditions: multiple sclerosis, Alzheimer’s, Lou Gehrig’s (ALS), Parkinson’s and brain tumors. She hopes to raise $50 million over the next year for by creating a new research and funding model.

Fifteen years ago, Ann Romney was diagnosed with Multiple Sclerosis, a neurological disease that attacks the central nervous system.

In a 2008 interview with Utah Valley Magazine, Ann Romney shared why a “very, very small part” of her is grateful for MS.

“You learn the most from tough lessons in life, and MS has been my toughest teacher,” Ann Romney said. “It has taught me a lot. It has taught me how to appreciate the good days. It’s taught me how to pace myself better. Most importantly, it’s taught me to recognize that nobody gets through life unscathed. Everyone is dealing with their own MS in one way or another. It has sensitized me to others’ needs because I know what others are going through. Yes, MS is a tough teacher, and there are many days I wish I didn’t have that teacher, but I don’t have a choice.”

You can read Mitt Romney’s letter to Ann Romney here.