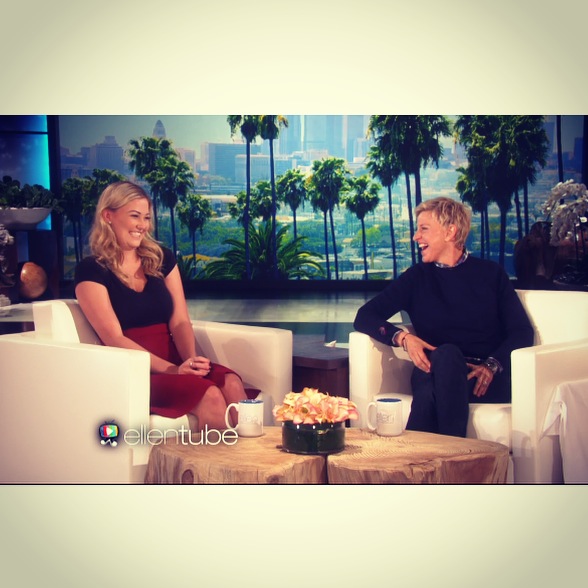 Although Jayci Underwood didn’t wake up from her wisdom tooth surgery looking like Nicki Manaj as she hoped, her dream of being on “Ellen” came true.

When 23-year-old Jayci Underwood of Provo went into her dentist’s office to get her wisdom teeth pulled, she expected it to be followed by the typical pain and puffy cheeks. Instead, she became a bit of a celebrity. 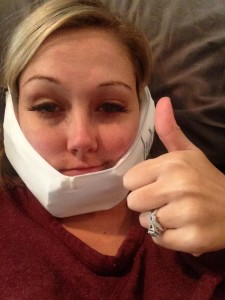 When Underwood woke up from her wisdom teeth extraction on Oct. 17, she felt loopy from the sedatives and devastated that she didn’t wake up to find herself looking like Nicki Minaj. Her husband, Matt, whipped out his iPhone and filmed his wife expressing her disappointment. The result was a YouTube video that gained 20,000 views just a few days later.

“On Friday, exactly a week after my surgery, it blew up,” Underwood said. “We started getting emails and phone calls from everyone about playing it and doing interviews and all that. We couldn’t believe it. Nicki Minaj posted it to her Instagram and Twitter, and the next thing we knew it was on every website and blog in the country, and some of them foreign. We couldn’t believe it. We hit a million two days later.”

“The Ellen Show” contacted Underwood and flew her and her husband to Los Angeles to film a 5-minute segment on the show, which airs today at 4 p.m. on NBC. Watch a clip here.

“The whole experience doesn’t feel real even after all of this,” Underwood said. “We think it’s so funny and it has been such a blessing. We are so grateful for all of it. It’s something we’ll never forget. We are glad everyone could get a good laugh.”