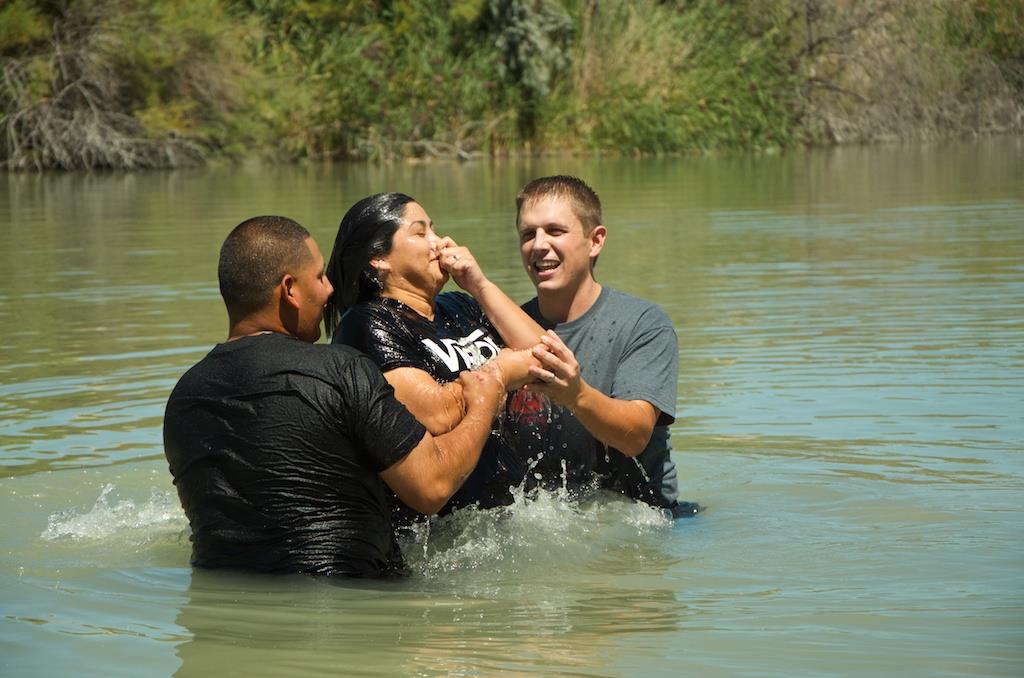 There is no shortage of religion in Utah County. But Nathanial Wall, a Lehi resident and follower of Jesus, is considered a minority: He’s one of Utah Valley’s 0.5 percent who identifies himself as an evangelical Christian.

Wall’s upbringing was unlike that of most of his Utah neighbors. Raised by a very young single mother in Huntington, W.Va., Wall’s family occasionally attended church on Christmas or Easter, but religion and faith weren’t taught in the home. Wall says he experienced a lot of trials and was exposed to the broken world early on. By the time he was in college, he wasn’t sure if God even existed.

“As I grew older I became a worldly person,” Wall said. “I didn’t have a direction in life other than to please myself. I didn’t know much about a God, and I had no concern about (religion).”

But when it came time to think about his career, Wall began to wonder if there was, in fact, a bigger purpose to life — what might make life more satisfying? He decided to determine what his life might have been created for, with the equally tough dilemma of figuring out whether he would be willing to abandon his current lifestyle if he learned something that suggested a change might be in order.

After attempting to disprove and discredit his study of various religions and beliefs, Wall came to a conclusion.

“When it came to Jesus and the Bible, I couldn’t (discredit) that,” Wall said. “And not just from an emotional standpoint, which is important in faith, but also from an intellectual standpoint. My mind was matching what my heart was feeling. I found a completeness in (Jesus) that my soul had craved. I became a Christian and started living out what I was learning in the Bible.”

After nearly two years in college, a ministry trip to Trinidad and Tobego led Wall to think about formal Bible training. While attending Appalachian Bible College, Wall met someone from Utah who invited him to visit the Beehive state. He’d never traveled to the West, but upon arrival he quickly saw a need. 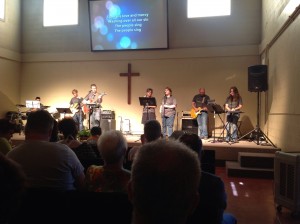 “I saw an opportunity to share,” Wall said. “Utah is predominantly one faith and one belief, and there really was nothing in Utah County for those people who were looking for another religious environment to be open with their experiences and struggles. As I got to know Utah more I saw there were a lot of broken people who needed that religious environment.”

So in 2008, Wall and his wife, Stacy, set out to reach the seeking hearts of their new community. Based on their belief that God created life for the purpose of developing relationships — with the first commandments of loving God and loving others as their foundation — the Walls gathered a group of 10 believers in their home for a religious service. The group soon became the Alpine Bible Church, and each year since 2008 their church membership has doubled.

From the living room meetings the congregation made its way to a rented hotel room. Next came a storefront with two or three rooms, which the group again outgrew quickly. In August 2013, Alpine Bible Church purchased an old bar in Lehi, which the members are continuing to renovate today.

As a member of Utah’s religious minority, Wall is frequently asked about the difficulties that inevitably came with his move to the Mormon state. But Wall only has the most positive things to say about his surroundings. 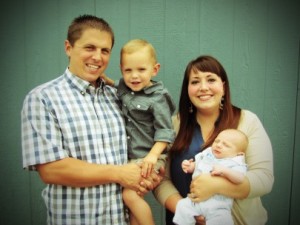 Nathan and Stacy Wall both attended Bible college and began their ministry at Alpine Bible Church in Lehi.

“We just moved to the place where God wants us,” Wall said. “We’ve been joyful and happy with where we are. I love the mountains. I love the low humidity. I love the outdoor life. I love the way the social life is built here and the way they have established their communities.”

With dozens of LDS Church buildings surrounding him, Wall is aware of his unique position. But all he desires is for others to rely on the simplicity of surrendering to Christ.

“I wish everyone could just see the truth of who Jesus is and how simple it is to just walk with him,” Wall said. “There are a lot of good people here who don’t realize how absent joy is in their lives. I wish more people had the freedom to let Jesus have control. He does a work in our hearts to transform us. Jesus does his work on you from the inside out, and you will start living a life that reflects him.”