Home Life More than winter blues: When to seek help for depression

More than winter blues: When to seek help for depression 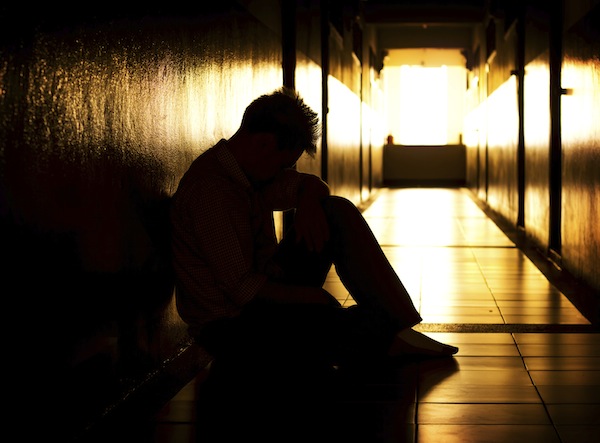 Everyone experiences feelings of depression from time to time. But clinical depression is an illness caused by a chemical imbalance in your brain — as real an illness as cancer or diabetes. And that means Utah is very sick. According to the Substance Abuse and Mental Health Services Administration, Utah has the highest rate of mental illness in the nation. It turns out “Happy Valley” is a bit of a misnomer.

“One thing I’ve learned is that no one is immune from depression,” said Megan Johnson, a counselor for LDS Family Services in American Fork. “We often associate things like depression and other mental illnesses with people who have made bad choices, who come from abusive family backgrounds or have a low socioeconomic status. But depression can affect people with various backgrounds.”

Johnson has worked at LDS Family Services as a certified social worker for seven years. She specializes in depression, anxiety and abuse. She says while our society is slowly gaining more awareness of depression and other mental illnesses, a lot of people who struggle with these problems are still walking around untreated.

Seth Adam Smith, a blogger and author from Utah, is best known for his “Marriage Isn’t for You” blog post (which received more than 30 million hits), and for sharing his story of depression and his resulting attempted suicide — which he miraculously survived.

“Oftentimes, the onset of major depressive episodes is so subtle that it’s hard to distinguish between general sadness over life events and the dangerous illness that is depression,” Smith said. “One of the ways I came to know that what I was struggling with was more than just ‘a bad day’ was the wave of thoughts and feelings of worthlessness. I felt overwhelmed, almost suffocated by these thoughts and feelings. In time, I soon felt like the only escape was to take my life.”

Smith is successful, outgoing, good looking and seems to have everything going for him. But when it comes to clinical depression, Johnson says what someone’s life “looks like” is completely irrelevant.

“It can be hard for someone who has a life that appears to be great on the outside and has a lot going for them to recognize and acknowledge that they are going through more than just the blues because being depressed doesn’t line up with their so called ‘great and normal life,’” Johnson said. “Sometimes people might recognize that they are depressed, but don’t seek help because they are ashamed or embarrassed. So sometimes the issue isn’t recognizing it, it’s accepting it. Even though more people are better educated on depression and are seeking help, not everyone who needs help is seeking it. We still have a ways to go.”

“If the depression is becoming more frequent, more intense and is becoming more difficult to manage, those are good indicators that the symptoms have gotten to a clinical level and getting through it is going to require more than just trying to cope on your own.”

What’s the difference between depression and seasonal depression?

Seasonal depression used to be called Seasonal Affective Disorder (SAD) and it was its own diagnosis. Now, professions diagnose seasonal depression as depression with a seasonal pattern that includes having the following experiences for at least the last two years:

“Basically it is a specifier under depression, not its own diagnosis,” Johnson said. “What I think it comes down to is some people do experience depression seasonally, but this doesn’t necessarily mean they have long-term depression.”

For more about depression with a seasonal pattern, click here.

Johnson recommends asking yourself the following questions to determine whether your depression has reached a clinical level:

1. Is the depression causing distress in your significant relationships?

“If you are experiencing the symptoms of depression (as described by the American Psychiatric Association here http://www.psnpaloalto.com/wp/wp-content/uploads/2010/12/Depression-Diagnostic-Criteria-and-Severity-Rating.pdf), are these symptoms making it difficult to connect with your loved ones in meaningful ways? Do these symptoms cause conflict between you and your loved ones and decrease your ability to handle this conflict in positive ways? Are you more irritable, impatient, and close yourself off from your close relationships? Are these symptoms contributing to divorce or other broken relationships? If depression is causing issues in relationships, seeking help is crucial,” Johnson said. “Don’t let shame or fear prevent you from hanging on to the things that matter most in life — your relationships.”

2. Do you struggle with issues from your past related to abuse, trauma, or loss?

“Are the depressive symptoms related to traumatic or painful memories from your past? Do you struggle to forgive others who have hurt you? Do you struggle to trust others and have healthy relationships? Feelings of worthlessness and sadness can result from these types of experiences and when we experience stress and ‘normal’ life challenges, these unresolved issues can decrease our ability to cope and increase depression,” Johnson said.

3. Have you tried medication and still continue to experience depression symptoms?

“People who take medication but still experience symptoms on a significant level should ask themselves if they avoid seeking professional help due to fear, embarrassment or shame,” Johnson said. “Research shows that the best way to treat depression is through a combination of medication and talk therapy.”

4. Do you feel that your ability to cope has diminished significantly?

“Has your ability to handle stress and mange your emotions decreased? Do you feel like you aren’t yourself mentally and/or emotionally? Compare your ability to cope while you are experiencing these symptoms to times in your life when you have been able to cope and when you’ve been able to function better,” Johnson said. “If not being able to function and cope as effectively as you used to has become the norm rather than the exception, it’s time to talk to a professional.”

5. Are you harming yourself or having thoughts of doing so?

If you feel you need professional help with depression, Johnson recommends consulting with your doctor about medication options, seeking “talk therapy” through counseling and reaching out to trusted loved ones for support.

For Smith, support from his brother, who literally saved him from his attempted suicide, was the turning point towards recovery.

“When you have depression, your instinct usually is to hide your thoughts and feelings from everyone else,” said Smith. “Depression thrives in darkness and isolation. The best way to see and to understand your depression is to shine the light on it, and communicate how you’re feeling.”

When you need to send your missionary Christmas package Next post