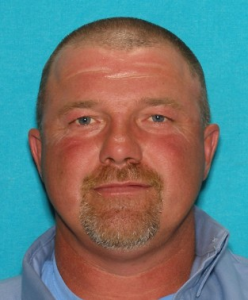 Former Provo resident Brianna Brown was sentenced to 90 days in jail and three years of probation on Tuesday for child endangerment related to the November 2012 death of her 3-month-old son, Paxton. In October, Brown pleaded guilty to three charges of child endangerment.

Joshua Jay Harding, who was Brown’s boyfriend when her son died, also was charged in her son’s death. He faces a trial next year on a charge of child abuse homicide.

When Paxton died, doctors said he had a head injury and bruises all over his body.

On Monday afternoon a man — who police say admitted to drinking — driving a motorcycle with a passenger crashed in Cedar Fort on State Road 73. Jason Todd Westergard, 46, told police he was driving 60 mph and tried to do a wheelie when he crashed the motorcycle. He also told police he’d had three beers, but refused to do a breath test.

Westergard sustained scrapes and abrasions and may have broken both bones in the lower part of one of his legs, according to the Utah County Sheriff’s Office. His passenger, Randal M. Sutton, 55, was more seriously injured. His right foot was nearly severed.

Westergard will be charged with DUI.

The trial for Meagan Grunwald, who was 17 when the crimes happened in January, will be in February. She faces charges of murder, attempted murder and more. Police say she drove the car while her boyfriend, 27-year-old Jose Angel Garcia-Juaregui, did the shooting. He was killed by police. She says he forced her to participate.

On Tuesday, Orem police got a call about a man at a laundromat who was trying to break into a coin machine. Officers arrived, found the suspect and arrested him on charges of criminal mischief, possession of burglary tools, possession of stolen property and resisting arrest.

When police arrived at the garage, at 136 West and 200 South in Provo, Gilbert reportedly was pushing a stroller full of stolen items and had a backpack. He also reportedly had drugs.

He was booked into the Utah County Jail on charges of theft, possession of drug paraphernalia, possession or use of a controlled substance, burglary of a vehicle, theft by deception, theft by receiving stolen property, manufacture/possession of burglary tools and resisting arrest.

Merry moments: 6 photos of merriment in Utah Valley Next post