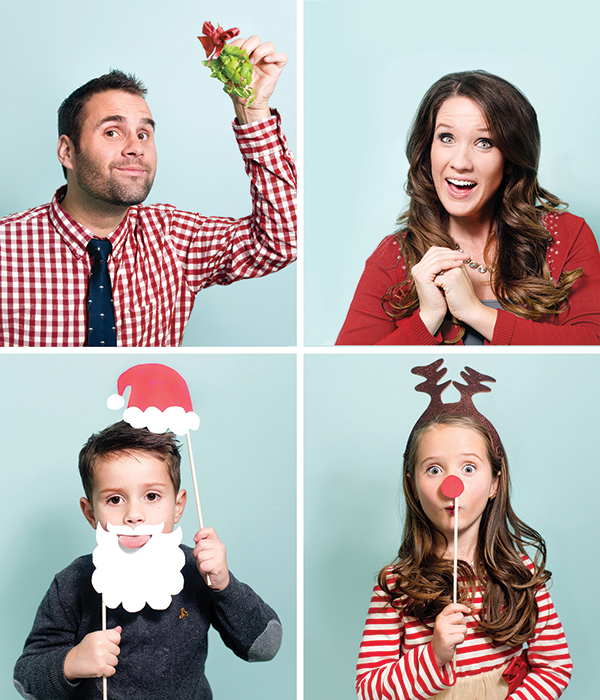 (Photos by McKenzie Deakins of Orem)

“I saw the Santa beard and Rudolph photo booth props on Pinterest and decided to make some of my own. Maybe you didn’t notice at first, but my boy, Harrison, is sticking his tongue out of the Santa beard. That’s the downfall of being the parent and photographer — no respect!” 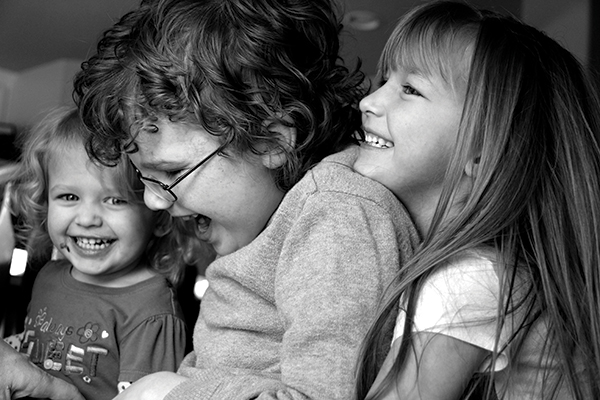 (Photo by Summer Perkins of Orem)

“The kiddos had just finished decorating and then gobbling up cupcakes,” Summer says. “The sun was streaking through the windows and everyone was happy and content. It was one of those ‘ah-ha’ moments when everything was right in the world and I just wanted to capture the feeling and bottle it up for a rainy day. This is what ‘merry’ means to me — being happy and content in your life, surrounded by the ones you love … and of course, dessert makes everything sweeter.” 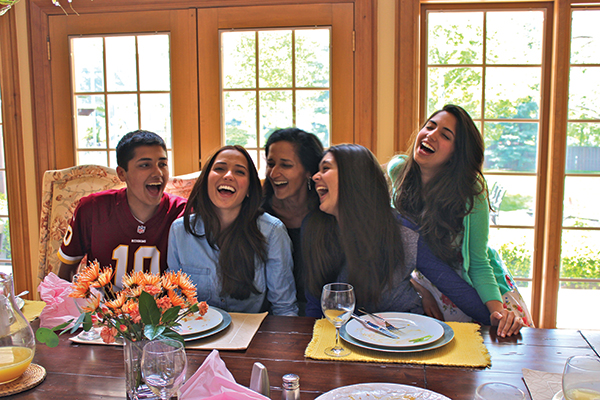 “Our family went through a lot in the past year and this was one of the first photos we took that represented how far we had come,” Nisa says. “We had all come together to help my mother have the best Mother’s Day possible, and we were all genuinely happy in that moment. I smile when I see this photo.” 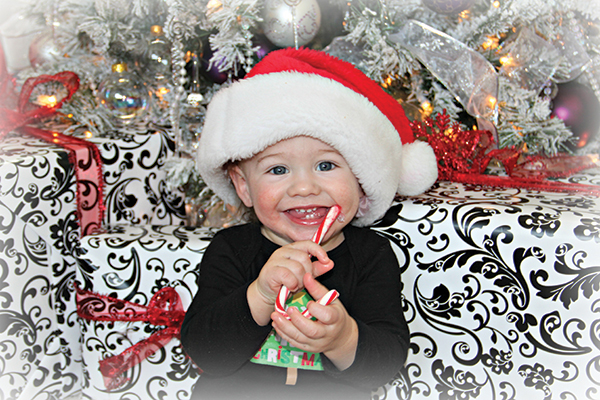 (Photo by Porscha Shiroma of Orem)

“My family was celebrating not only Christmas, but the ‘merry’ of adoption,” Porscha says. “This was the first Christmas with my son, Teddy. It was the best because we were able to celebrate his adoption as well as the holidays. It was a very Merry Christmas in our house.” 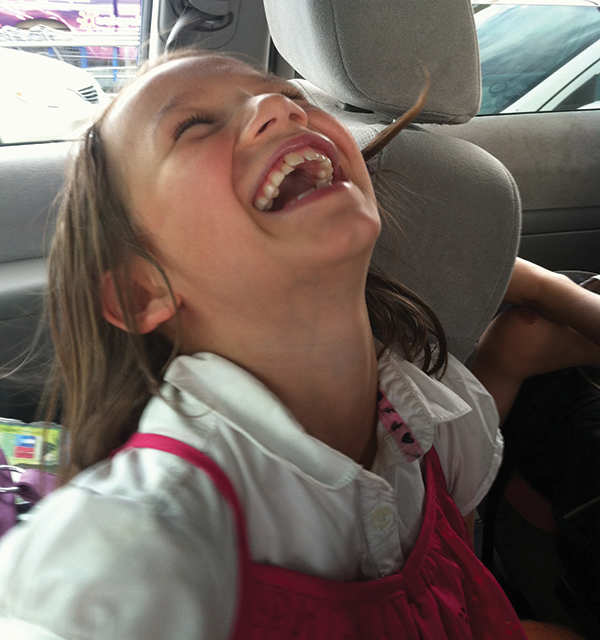 Merriment can even be found while waiting for dad in the car. “This is pure surprise laughter from my daughter, Violet, when I told her a joke as we were waiting for my husband to shop at Walmart,” Helen says. 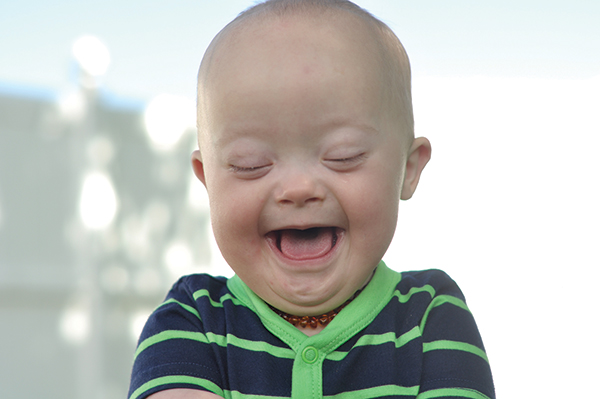 “This is a photo of my son, Landon, who happens to have Down syndrome. He is the sweetest, happiest baby and just fills our lives with joy — and merriment!” Natalie says. 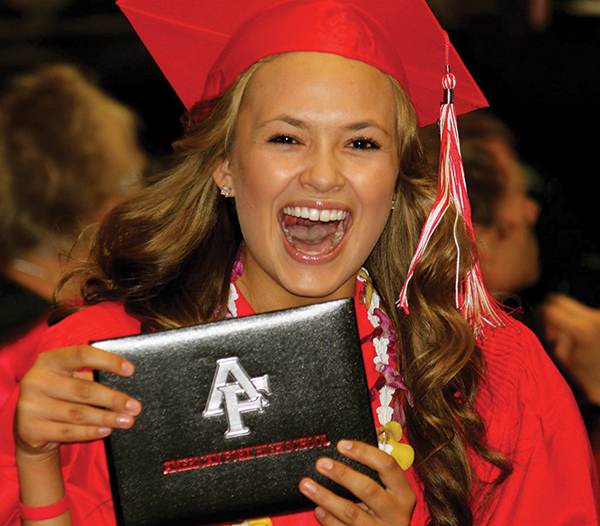 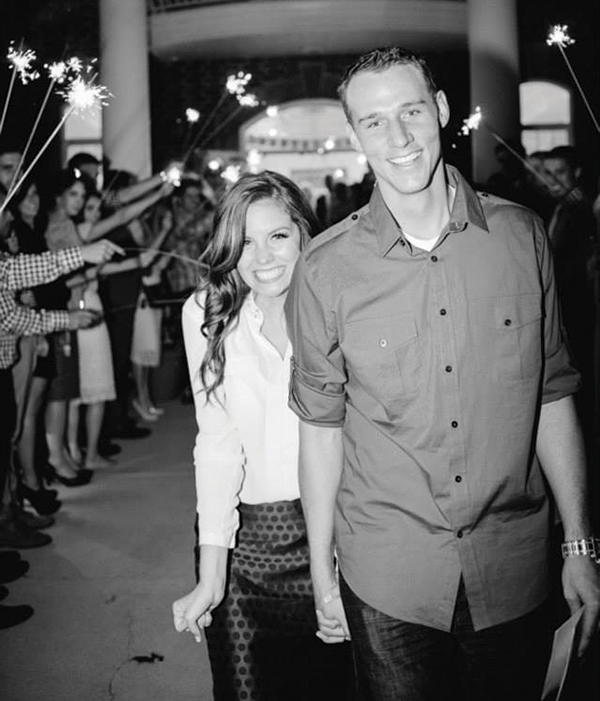 Meet the Hendricksons! Newlyweds Riley and Chelsea Hendrickson of Saratoga Springs met in their LDS Church ward and were married in the Salt Lake Temple, Sept. 20, 2013. “He says I stalked him, but I didn’t,” Chelsea says. “I saw him at church and then FHE. Shortly after that, I added him as a friend on Facebook. He messaged me a few weeks later, and the rest is history! ‘Marry’ and ‘merry’ — it’s the same thing!”