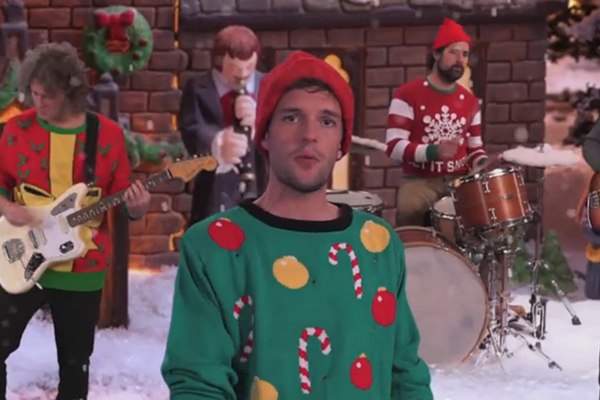 Nephi native and lead singer of The Killers, Brandon Flowers, has just released his newest Christmas single titled “Joel, the Lump of Coal.”

The Killers have produced a new Christmas single every year since 2006, each one benefiting the AIDS awareness organization (RED). Last year, the BYU Animation Department helped The Killers with their music video. While songs like “Don’t Shoot me Santa” and “The Cowboys’ Christmas Ball” received some fanfare, “Joel” is quickly catching the nation’s attention as potentially a new Christmas hit.

As the song goes, Joel is honored when Santa informs him that he will be a little boy’s Christmas toy. The naive “piece of anthracite” dreams of the relationship he will have with a new friend.

Joel is later saddened when he learns he’s not a real Christmas gift. “You’re just the one to teach this brat that Santa ain’t no chump,” Santa says.

Most of the song is decidedly melancholy, although, it does have a nice, unexpected ending. Listen to the song below.

5 things every teenager should understand about fasting Previous post