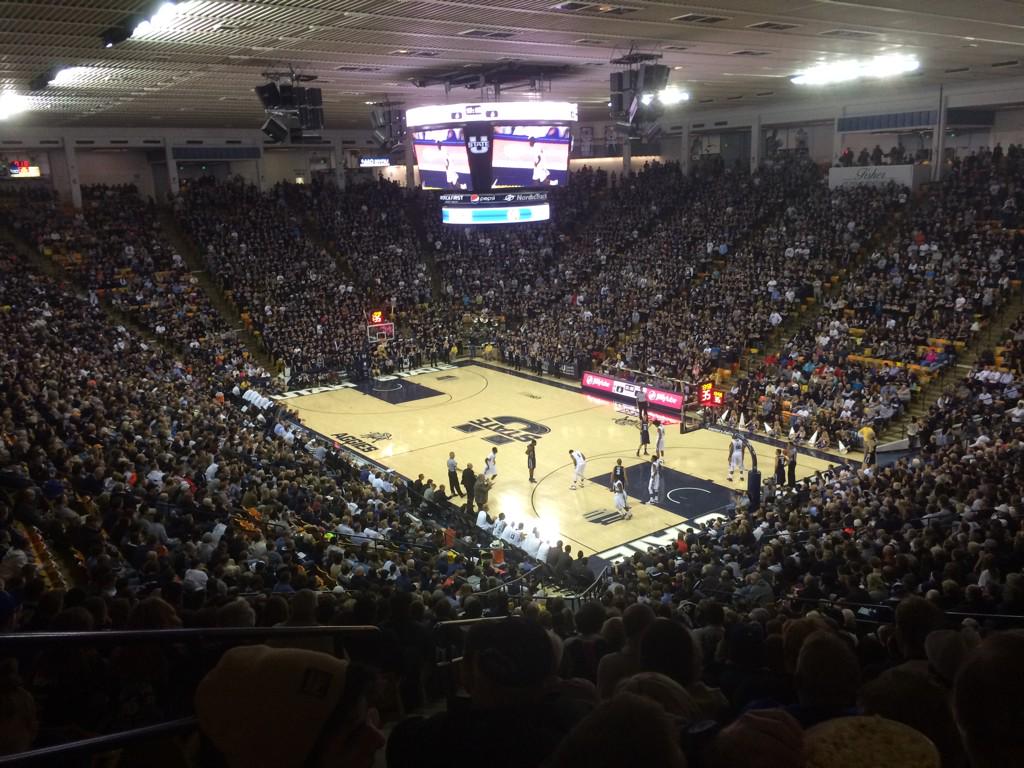 BYU men’s basketball (6–2) snapped Utah State’s 29 game winning streak against in-state competition on Tuesday night by the score of 91–81. It was BYU’s first win in Logan since 2000.

Tyler Haws scored a season-high 35 points, 26 in the second half. The bigger deal, however, came at the free throw line, where the Cougars made 34 of 39 attempts.

Haws went 12 of 13 and Kyle Collinsworth, having his share of struggles from the charity stripe during his career, made 10 of 10. Skyler Halford and Anson Winder went perfect from the stripe, each making 4.

During one stretch the Cougars made 24 straight from the charity stripe, tying a record set in 2004, as pointed out by BYU Sports Nation host Spencer Linton.

.@BYUbasketball made 24 consecutive free throws last night at Utah St, tying a record set back in 2004 vs. Santa Clara in Provo. #BYU #BYUSN

“The guys are really excited about the win,” BYU basketball head coach Dave Rose said after the game. “It was a good team win even though we had two or three guys who really stepped up. We didn’t shoot the ball very well from the perimeter, and we were a little bit scattered defensively, but what we really did well is find other ways to impact the game.”

He, of course, was praising Haws, Collinsworth and Winder, who combined for 72 of the Cougars’ 91 points.

The three guards were the only BYU players to get anything going, as no other player scored more than 5 points. The red hot Cougars from beyond the arc were cooled against the Aggies, hitting just 5 of 25, three coming from Haws.

If the Cougars can balance their attack by hitting from behind the arc and the free throw line, they will have all the weapons necessary to compete for a conference title.

BYU hosts Hawaii on Dec. 6 at Energy Solutions Arena in Salt Lake before hosting No. 25 ranked Utah on Dec. 10.