Food & Care Coalition redefines the meaning of hope with concert 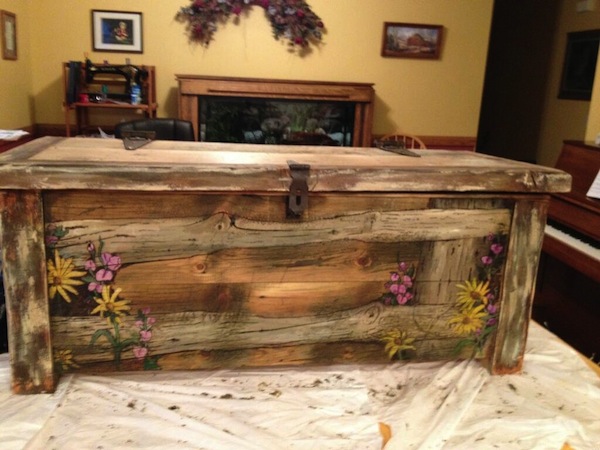 Lyle Hadlock built this hope chest and came up with the idea behind the “Hope for Tomorrow” concert. (Photo courtesy Food & Care Coalition)

It’s a season of hope for the Food & Care Coalition of Utah County with its first ever fundraising concert, “Hope For Tomorrow,” and hope chest silent auction.

“I really believe that this will be a Festival of Trees event down the road,” said Brent Crane, executive director of the Food & Care Coalition in Provo. “We think it will be something that people will want to put on their calendar each year.”

The Food & Care Coalition hasn’t held an event like this before because of the preparation and expense, but when musician Lyle Hadlock approached Crane and suggested a concert, Crane only hesitated for a moment before agreeing to the idea.

“We only had three months to throw all of this together because we weren’t sure about the commitment on the venue,” Crane said. “Usually, NuSkin doesn’t allow anyone to use their venue unless it is their event or an employee. But they told us if this goes well, they will pencil it in ahead of time (next year), so we’ll have more notice.”

Hadlock, a pianist who plays by ear, is headlining the benefit concert. An orchestra and choir will join Hadlock to round out the Christmas performance.

Along with the concert, hope is also being brought to the Food & Care Coalition through a silent auction. Local craftsmen and community members donated decorated hope chests for the silent auction. The hope chest designs vary from florals to wood carving to temple embellishments.

“I think people seeing what people did with the hope chests will inspire more creativity next year,” Crane said. “…I’m already thinking of hope chests that I can make myself.”

The hope chests will be at the Food & Care Coalition through Wednesday, Dec. 3. Starting on Thursday, Dec. 4, the hopes chests will be available for bidding on at the NuSkin Innovation Center until the end of the concert. Winners will be announced in the days following the benefit concert.

The Food & Care Coalition is a nonprofit organization that helps people in poverty to get back on their feet.

“We mostly do what we do with community dollars, not federal or state dollars,” Crane explained why the Food & Care Coalition needs local support. “…Those are dollars that are put to good use.”

Watch a video of Hadlock’s Christmas mash below.