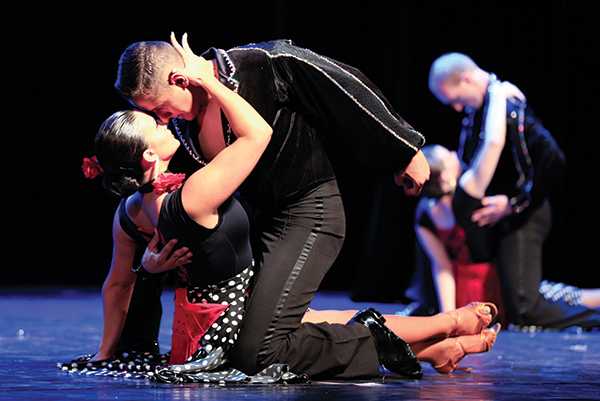 UVU Ballroom dancers Jose Esquivel and Michaela Gonzalez performed “Er Ren Zhuan” at the Professional Show Grand Theatre in China in July 2014. The next chance to watch their moves is their Christmas concert on Dec. 12-13 at UVU. (Photo courtesy UVU Ballroom Dance Company)

UVU’s Ballroom Dance Company is shining brightly both locally and nationally. The team won the Dancing with the Stars College Championship in May of 2010, and they have continued to two-step their way up award charts.

The team recently returned from representing UVU on a 10-day tour in China performing for the Youth Dance Festival.

Their holiday choreography includes “Let Christmas Shine,” a ballroom performance in the Ragan Theater at UVU.

“The holidays shouldn’t be about the hustle and bustle, it should be about the simplicity of giving,” says UVU dancer Preston Powell. “Let us give the gift of dance and enjoy a night of holiday magic with the UVU Ballroom Dance Company. It’s a wonderful annual experience.”

Although the dance company has always performed during the holiday season, the “Let Christmas Shine” concert will be their first with a singular focus on Christmas.

The company is under the new direction of Paul Winkelman, and the concert will include new visual elements.

“‘Let Christmas Shine’ will be a tradition friends and family will come to each year to start of their holiday season,” Paul says.

Made in UV: Sunglasses, suits and more Next post 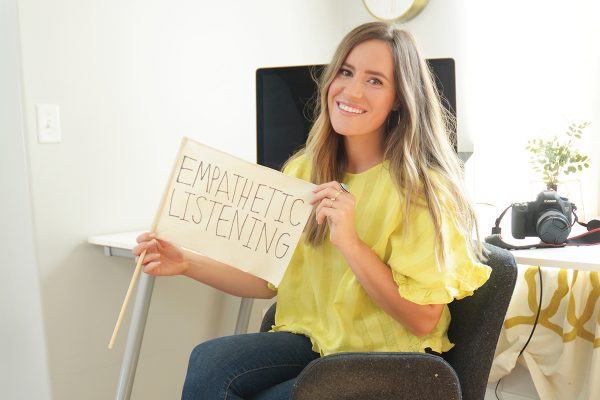