From PG to shining sea: Former Viking CJ Wilcox is palming his NBA career with the Los Angeles Clippers 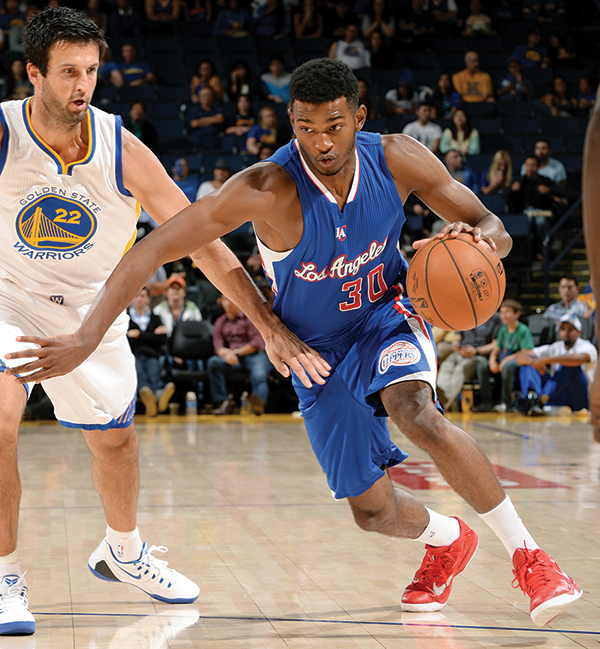 Last June, former Pleasant Grove High star CJ Wilcox became the first Utah Valley native to be drafted in the first round of the NBA draft after a stellar career at the University of Washington. Utah Valley Magazine caught up with CJ the day after his first preseason game against the Utah Jazz.

How is the transition to the NBA?

It’s a learning experience. It’s a challenge to learn new schemes and be up to speed with everyone — especially when you play on a veteran team.  They play well together and expect you to pick things up quickly. I think I’m making good strides, though.

What’s it like to play a pro game in your home state of Utah?

When I was in college, games were a little nerve racking. Playing the Jazz is different, because I’m not expected to carry as much of the load. It’s actually not a lot different in Utah than playing other places, except that I get to see old friends. It was good to see them and it was fun to introduce them to some of my Clippers teammates.

How is the ball in Utah Valley?

I’ve always said Utah has a lot of good players, but people just don’t hear as much about them. I obviously had good enough competition to get where I am. Tyler Haws and I grew up together. We traveled together. On our AAU team, we had success against teams from all over. Utah has good talent.

What ties do you keep to Utah Valley?

I have my high school friends. My family moved from Utah Valley, but I like it when I get back.

What do you miss about Utah Valley?

The people. I miss my friends. It’s hard because you move away and we all move on. I have some great memories from Utah Valley. It was a great place to grow up.