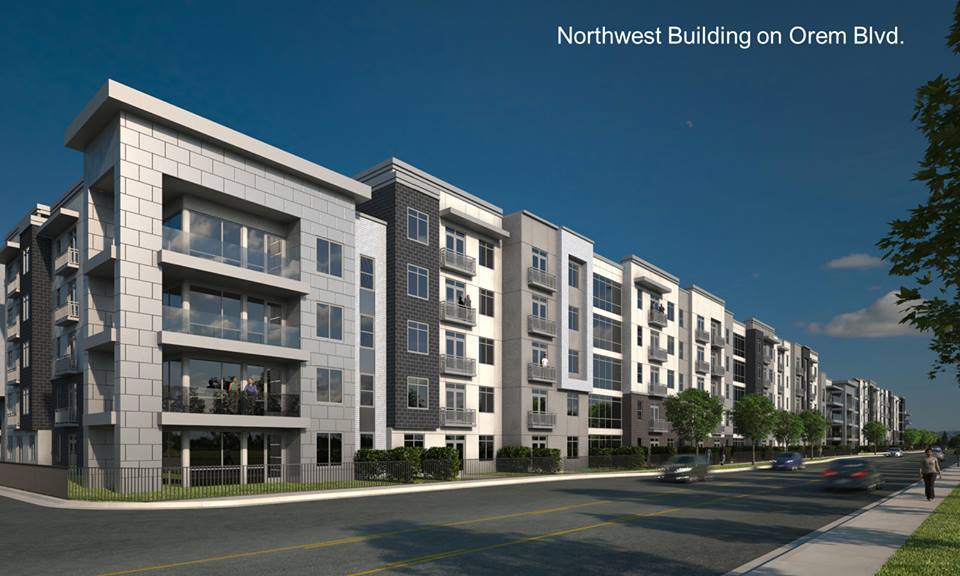 A rendering of the northwest side of Mitdtown 360, which should be completed in 3-4 years. (Photo courtesy Coldwell Banker Commercial Intermountain)

Drive through Orem and you’ll notice something: There are quite a few large buildings under construction, and many of them are new apartment complexes.

There are the really big ones — Midtown 360, with 550 units, and University Place at University Mall, with 1,100 units. Then there’s another apartment project near Midtown 360 with more than 80 units planned, another complex under construction on State Street at 1450 South with 180 planned units and a complex being built near Target on Center Street with more than 100 units.

Orem Mayor Richard Brunst said all the new projects show that people are discovering that Orem is a great place to live.

“I think it’s a great community, but I don’t know that Orem has really boomed a lot in the past,” he said. “I think it’s been sitting there and all of a sudden been discovered. . . . there are a lot of attractive things here, great families, great work ethic, one of the lowest crime rates in the nation. I’m not sure what there is not to like.”

He said there was a study a few years ago that showed Orem was about 33 percent underbuilt for apartments. That statistic, along with low interest rates for building construction, the projected population growth for Utah Valley and new businesses opening in Orem, is leading to the Orem apartment boom.

But don’t think these apartments are going to fill up with students. The main target is millennials. Many in the millennial generation choose renting over owning because they value their mobility and don’t want to be responsible for snow removal and other home maintenance musts, Brunst said.

The developers of Midtown 360 have said the target renter for that project is 18 to 35 years old, though they expect some small families, retirees and corporate clients will be interested too. There may be college students in the mix, but they aren’t the target.

And these new complexes won’t be filled with run-of-the-mill apartments.

“The apartments being built are beautiful,” Brunst said. For example, at Midtown 360 will feature 9-foot ceilings, stainless steel appliances and rooftop patios. “They’re as nice as any home I’ve seen.”

University Place will be filled with class A apartments, too, he said. Another complex has a climbing wall, splash pad and dog run planned. Another one will have a state-of-art security system that requires a card to enter the building.