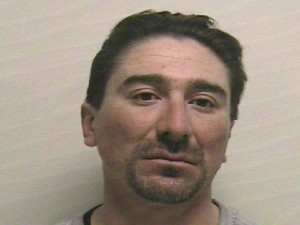 Around 8 p.m. on New Year’s Eve, a Utah County Sheriff’s deputy stopped and arrested Eagle Mountain resident Leon I. Vasquez, one of the county’s most-wanted fugitives.

According to the Sheriff’s Office, Vasquez had recently used heroin and had that drug and drug paraphernalia. His driver’s license had been revoked for a previous DUI conviction and he didn’t have an ignition interlock device in his car, which he is required to have. And he was driving without insurance.

Vasquez was wanted on two no-bail warrants for DUI. He has at least two previous DUI convictions as well as charges related to drugs and domestic violence, according to police. He was booked into jail on charges of possession of heroin, possession of drug paraphernalia, DUI, ignition interlock violation, driving on an alcohol-revoked driver’s license and driving without insurance.

An Orem police officer made that city’s first DUI arrest of the new year, after a woman reportedly drove her car into a snow bank and then some garbage cans.

Lehi police arrested a 22-year-old man on warrants and more on Tuesday.
According to police, an officer recognized Joshua Black in an SUV and pulled it over. Black reportedly lied to the officer about his name, but other people in the car gave him up.

He was arrested on the warrants — one for burglary, the other for possession of a controlled substance in a correctional facility — and a new charge, giving false information to a police officer. And once he got to the jail, another charge was added — smuggling heroin into a correctional facility, after officers reportedly found the substance during a body cavity search.

A Price man was arrested on Tuesday after police say he was selling drugs from his room at the Payson Quality Inn.

Police say they got a complaint about the number of people arriving for short visits at Samuel Snider’s room. When officers arrived, they found he had numerous drugs and cash on him as well as drug paraphernalia inside the room.

Police arrested a man on Monday after he reportedly stole items from homes in Payson and then pawned them in Provo.

Thirty-five-year-old David Strange was booked into the Utah County Jail on charges of theft by deception, theft and forgery. He also had several warrants out for his arrest.