Home LDS Being LDS Building momentum: FamilySearch in ’14 (and what to expect in 2015)

Building momentum: FamilySearch in ’14 (and what to expect in 2015) 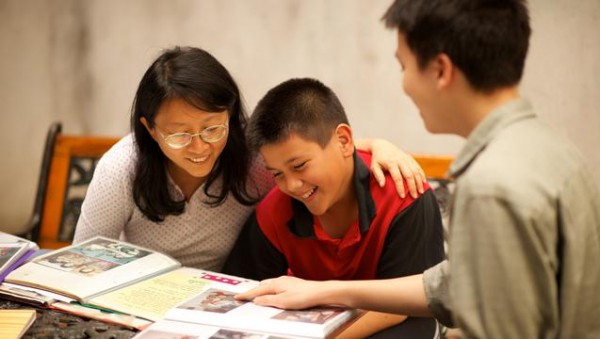 More missionaries are serving in the mission field today than ever before — 88,000, which would have accounted for the entire Church membership in 1869. Twenty-six temples have been announced or are under construction today — the same number as the total temples in the world at the end of 1983. In like manner, family history work has recently hit its stride in homes and families around the Church.

And there’s still a lot to do.

“Everything we’re doing focuses on three broad goals,” said Paul Nauta, FamilySearch public affairs manager. “We want to help more Church members find their ancestors, help them take those names to the temple and encourage them to teach others how to do the same. We want Church members to feel confident in their experiences and to share them with others.”

Recent analytics show that FamilySearch.org, the Church’s online family history tool, saw approximately 263,459 visits per day during 2014. Those visits resulted in 7.2 million page views per day. Six and half million users were registered with the website during 2014. But perhaps more impressive than engagement statistics is the volume of family history memories that are being recorded.

During 2014, FamilySearch released a number of tools to help Church members record not only names and dates but also stories, photos and other important documents. These tools are available online or through mobile devices and allow users to upload photos, write stories, conduct audio interviews and more.

“Maybe you have a knack for photos, or maybe you’re good at remembering family stories,” Nauta says. “Over the last year we’ve given you all those tools to help preserve your family history. We’ll do more and more of that in 2015—trying to find ways to take the spiritual experiences of family connections to a broader segment of members.”

“Those agreements were a really big deal for members of the Church,” Nauta says. “They give Church members access to easily 80, if not 90, percent of the premium genealogy content that’s available online. I don’t know if members have embraced what a gift that is to them. Even though hundreds of thousands have dialed in and registered, it could be in the millions.”

Online genealogical records are available because hundreds of thousands of people—more than 747,000 inside the Church alone—are digitizing and indexing them. During 2014, 517.2 million indexed records were published online. 1.04 billion digital images of historic documents were also published.

“We’re doing better than ever, but we need to be,” Nauta says. “For every record that we index, we have 10 that we don’t. I don’t think members understand that because we talk such big numbers. We index millions of names, but there are billions of names from hundreds of millions of new records that still need to be indexed.”

The youth are listening.

“Some stakes and families are doing a great job of getting involved and not letting Grandma and Grandpa be daunted by technology,” Nauta says. “The youth have responded to Elder Andersen’s challenge, and those from Elder Bednar and Elder Scott. They’re pulling their parents and grandparents along. The parents are getting it on both sides from their parents and from their kids. It’s a wonderful thing.”

These family history efforts are challenging the perceptions of previous generations that there’s little to be done.

“For 50 years it seems that Church members had the perception that someone in the family was the designated temple/family history person,” Nauta says. “There was a perception that all the work had been done in some families. But now, it’s easy to see what has and hasn’t been done. Members have been shocked.”

Senior missionary couples are essential to the success and hastening of family history work, both in 2014 and in years to come. Volunteer service missionaries serve in a variety of ways—from their homes and far from home; full time and part time. They help by digitizing historical records, administrating in offices, serving in temples, helping in family history centers and more. Learn about senior missionary opportunities here.

As for 2015? The plan is to keep moving forward with both major developments and slow, steady growth.

“We’re at the highest level of engagement in the history of the Church, both in raw numbers and in percentage participation,” Nauta said. “For many areas, it’s significant growth this year over last year. It needs to continue, however, for decades to get where we need to go. We’ve been flatlined for so long with so few members engaged that it will take a long time to get where we need to be.”

BYU women's basketball: Garfield out for the year Next post