Home News Provo council to parents: Talk to your kids about fight club

Provo council to parents: Talk to your kids about fight club 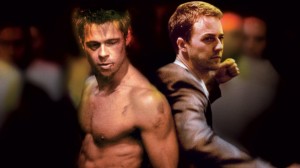 Fight clubs popped up in Provo after the movie “Fight Club” more than a decade ago and they’re back, or maybe they never went away.

Provo’s city council wants parents to talk to their kids about the dangers of fight club.

Councilwoman Kim Santiago says she’s heard about 10 of these organized fights happening over a nine-to-10-month period. Sometimes they’re lunchtime events where the kids who attend are called out to fight for 30 seconds, and hot dogs or ice cream is served. Other times they’re at night, and sometimes the fights are 30 seconds and sometimes the kids fight until one is “knocked senseless or unconscious.” The participants wear boxing or MMA gloves, but no other protective gear.

Police have been called in some cases, she said, but no action has been taken. In December Provo police Lt. Brandon Post said he wasn’t aware of any fight clubs happening in Provo in recent history. There were some rumors going around the local high schools about a fight club, but police weren’t able to find evidence of the fights.

Santiago says good kids are involved and often parents are present. They consider it a sporting event and think nothing’s wrong — but it’s dangerous for the kids, there are legal liability issues and it’s illegal.

She said these fight clubs popped up in Provo after the movie “Fight Club” more than a decade ago and they’re back, or maybe they never went away. “To me this is a disturbing trend in our community,” Santiago said.

Santiago asked state Rep. Dean Sanpei, R-Provo, to look into incidents of fight clubs around the state. He found 16 cases over the past seven years. “The problem is many go unreported,” Santiago said. “If I know about 10 of them in my small sphere, I’m guessing that it’s a much bigger problem.”

Utah law prohibits anyone from publicizing, promoting, conducting or engaging in club fighting — any unarmed combat in which rules aren’t approved by a state commission, where there isn’t a commission-approved doctor in attendance, in which contestants haven’t had negative HIV tests provided to the commission and in which contestants aren’t matched by state-established weight standards. It doesn’t matter if admission is charged or not. Violation of the law is a class A misdemeanor — punishable by up to a year in jail and/or a $2,500 fine. Training sessions aren’t considered club fighting.

In Provo, it’s a class B misdemeanor to participate in, promote, organize or publicize a fighting/boxing contest. The punishment is up to six months in jail and/or a $1,000 fine.

Santiago said kids involved in the fights get injured but don’t seek treatment because the events are supposed to be secret. They could get concussions and then drive, posing a risk to other people on the road, or they could go on to play in a sporting event and sustain more damage.

According to the American Academy of Pediatrics opposes boxing for children and young adults because they could sustain “devastating neurologic and ocular injuries.”

There’s also the issue of bullying, Santiago said. Kids feel pressure to attend fight club and anyone — boys and girls — in attendance can be called out to fight. If they refuse, they face humiliation and shaming on social media. The Fredette Family Foundation is planning to help spread the word about the dangers of fight club through its anti-bullying campaign, she said.

Santiago said the Provo City School District will discuss the issue at its next meeting, and the Provo council has discussed it with the Orem City Council.

Councilman David Sewell said he appreciates Santiago’s efforts on this issue. “I know she knows people who’ve been injured.”

The council passed the resolution 5-1, with Councilman Hal Miller voting against it.