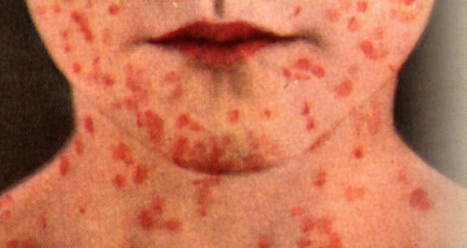 The official all-clear for measles in Utah County won’t be until Feb. 16, but now all but two people have been released from active monitoring by the health department for the virus.

Two Utah County residents brought the virus home from Disneyland in mid-December, and exposed hundreds of people here between Dec. 26 and Jan. 5. In all, 393 people contacted the health department to report they’d been potentially exposed; 117 of those were under active monitoring because they didn’t have immunity. Only one of those exposed people came down with the virus, a child who hadn’t been immunized, according to a news release from the Utah Department of Health.

The incubation period for the virus is 21 days, so over the past several days the period has been ending for those people. The two remaining people being monitored were exposed to the third person, said Lance Madigan, spokesman for the Utah County Department of Health.

Those under active monitoring have been staying home to prevent potentially exposing more people to measles, Madigan said. And they get a daily call from the health department staff asking about anything that would indicate the person was coming down with measles. On the last day of the quarantine period, each person would have gotten a call to tell them it’s over.

According to news reports, 88 measles cases can be linked to Disneyland. Most of the cases are in California, but also Arizona, Utah, Washington, Colorado, Oregon, Nebraska and Mexico. The majority of people who’ve contracted the virus weren’t immunized.

The first MMR (measles, mumps, rubella) vaccine is generally given to children when they’re around 1 year old, and the second between 4 and 6 years old, according to the Centers for Disease Control and Prevention’s website. But kids can get the second dose earlier, as long as it’s at least 28 days since the first shot. People who’ve only had one dose are less protected against the virus.

For more information, go to health.utah.gov/measles.