Chip off the cold block: 13 ways Utah Valley is cold 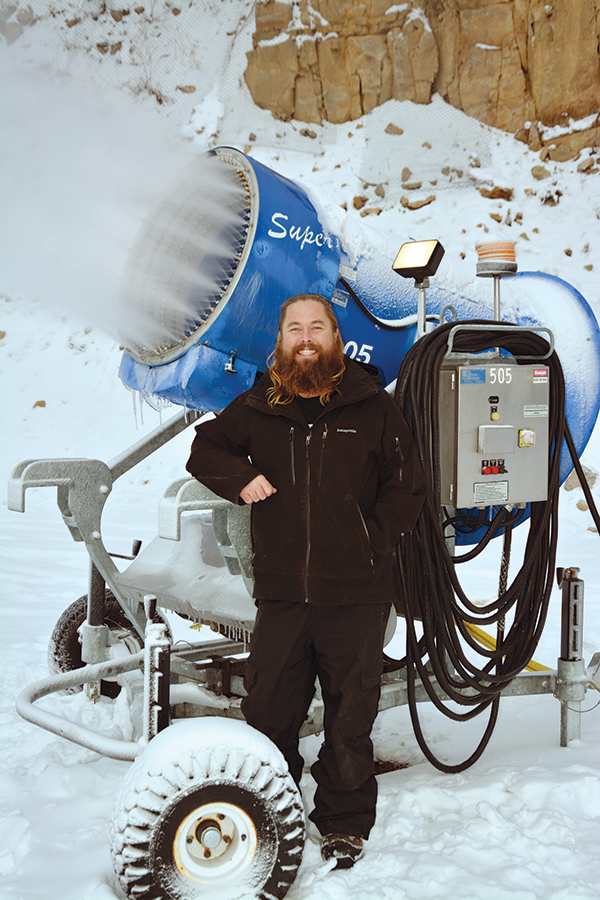 Utah Valley is firmly embedded in the Goldilocks zone when it comes to weather with four distinct “just right” seasons.

Our “not too hot, not too cold” weather with sunny days and powdered snow is one of the reasons Utah Valley consistently wins “best place to live” awards by National Geographic Adventure, Forbes and Outside.

But we don’t need national pubs to precipitate love. We give ourselves the cold shoulder, which in this case is a good thing. (Never change, Utah Valley. We like your cold-fashioned ways.)

Mike Palfreyman got into the snowmaking business the same way most people get jobs at ski resorts. He was an avid skier who wanted to spend more time on the slopes however he could.

Now Mike has been making it snow at Sundance for nearly a decade.

Twelve degrees Fahrenheit is Mike’s favorite flake-making temperature, but this snowmaking supervisor can make the white stuff fly in temperatures as high as 27 degrees.

“Covering the bottom runs of the resort with snow is my top priority in the fall, but my job is just as important in spring to keep snow on the slopes,” he says.

The 11 guns at Sundance use a minimum of 700 gallons of water per hour making snow and can convert up to 4,300 gallons per hour into white piles of wintery goodness. 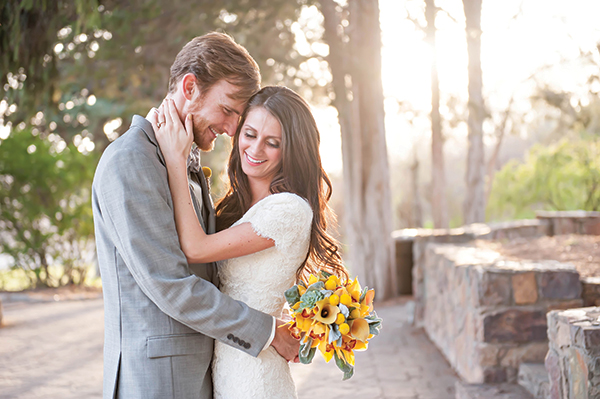 WARM HEARTS
Mandalee Ficklin became Mrs. Mark Rosell on May 3, 2014. Look for their winsome Provo wedding in the 2015 issue of Utah Valley Bride.

Utah County is known as the marriage capital of the world, but January is still the slowest month for vows — followed closely by February. In fact, fewer than 5 percent of weddings take place during the first two months of the year. (Most couples say “I do” to warmth in May through September.)

However, it’s never too cold to plan nuptials.

Watch for the 2015 issue of Utah Valley Bride Magazine, and fall in love with daily content at UtahValleyBride.com.

Between January 6 and January 12, 1993, a record 36 inches of snow fell in north Orem, the most snow ever recorded in one storm in Utah County. 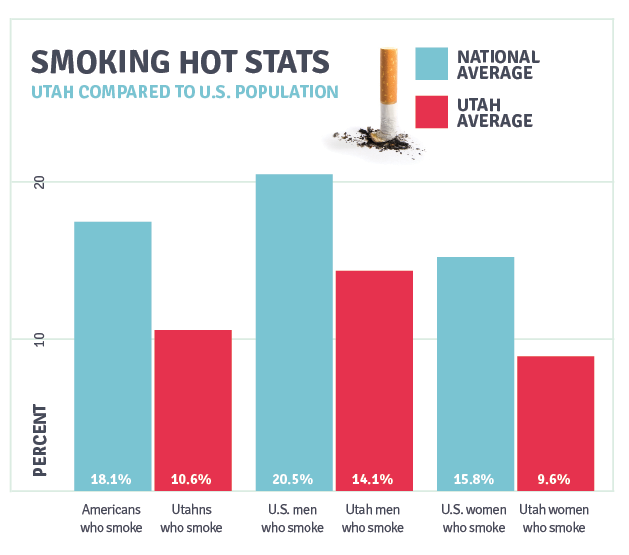 Although only 10.3 percent* of Utahns smoke (the smallest percent in the U.S., thank you very much), that still means 300,000 light up in the Beehive State.

Every January, about 1/3 of smokers make New Year’s resolutions to quit, with the cost of cigarettes being the main reason people want to stop lighting up.

The coldest temperature ever recorded in Utah was on February 1, 1985, at Peter’s Sink, which is just west of Bear Lake. Is was a mere -69!

While the dry summer heat has its advantages (humidity doesn’t un-do our hair or soak our backs), our dry winters crackle hair and hands.

Humidifiers not only relieve dry skin, but also help us breathe easier.

And moisturizing right after toweling off from a shower locks in moisture and relieves symptoms. 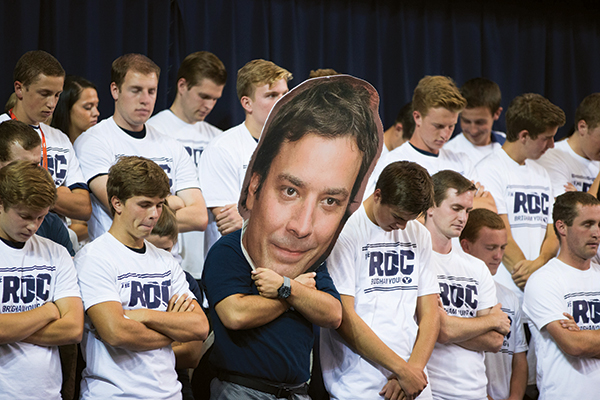 BYU continues it’s streak as the No. 1 Stone-Cold-Sober university. (Photo by Jaren Wilkey/BYU)

For the 17th straight year, BYU was named the most “Stone-Cold-Sober School” by The Princeton Review.

The publication performs an extensive survey of 379 schools and 130,000 students to generate its list of award-winning schools.

Let’s go for 18 straight. Bottoms up? (Hot chocolate, of course.)

With temperatures dipping under 32 degrees — and many of our teenage sons still wearing athletic shorts — it’s understandable that we’ve got some cold hands in town.  Not to worry. “Cold hands, warm heart,” right? Wrong.

A research team from Yale University dispelled this conventional wisdom. They tested the theory by handing out either hot or iced cold coffee to participants. The team discovered that those holding a hot cup judged strangers to be a “warmer” person in terms of generosity and kindness than those in the cold coffee group.

Let’s pass around the gloves and hand warmers, people. We’ve got a “warm image” to keep up. 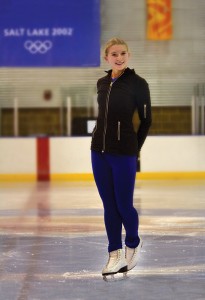 Sarah Lyle, a 17-year-old ice skater from Payson, trains at the Peaks Ice Arena in Provo. The Peaks will always have the 2002 Winter Olympics as its claim to fame.

Sarah’s cold — but year-round — hobby is made possible because of the 2002 Winter Olympics, which precipitated the Peaks Arena being built in Provo adjacent to Seven Peaks.

Since hosting the Winter Games 13 years ago, Utah has staged more than 60 World Cup events, as well as seven world championships and numerous other sporting and non-sporting events. The area is also now an established training hub for world-class athletes.

Sarah hopes to etch her name into that legacy.

6 Ways to Beat the Cold This Winter

January in Utah is a dichotomy.

On the one hand, skiing, sledding and snow-kissed mountain views are reasons many Utahns choose to live here. On the other hand, winter brings coughs and colds.

Here are six tips from Intermountain Healthcare to help your family avoid colds when it’s cold.

Hand-washing is the simplest yet most effective way to stop the spread of illnesses. Kill germs before they spread.

Vaccines are effective in preventing illnesses. Make sure your family gets their shots.

3. Plan ahead for exercise

Cozy couches can be tempting when the weather outside is frightful, but raising your heart rate lowers the chance of sickness. And that’s delightful.

4. Stock up on Fruits and veggies

Keep eating right and your body will reward you. 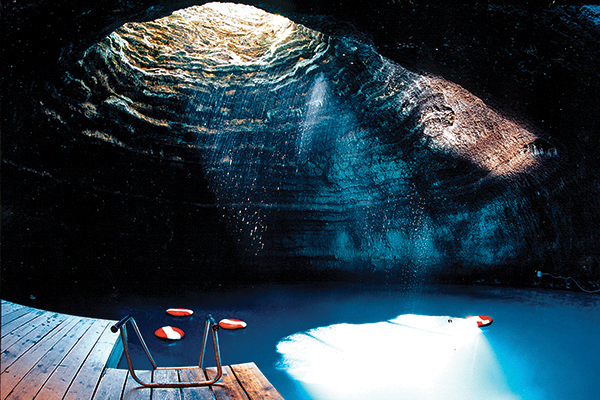 The Crater, a 90 to 95-degree geothermic pool in Midway, soaks away winter chills. The walk to the car or hotel room afterward is the most bone-chilling part.

An episode of “The Bachelor” was partially filmed here — and so was a recent music video for the piano-playing “5 Browns” from Alpine.

The Homestead Crater in Midway is sought after for its 65-foot-deep geothermic pool filled with 90 to 95-degree Fahrenheit, crystal blue water.

The Crater springs up within a beehive-shaped limestone dome formed by minerals deposited by water rising and falling from deep within the earth for a millennia.

The Crater is part of the Homestead Resort in Midway. Reservations required.

Swimmers and scuba divers use the Crater year-round, as it is one of the only warm-water scuba diving destinations in the continental United States.

The minerals in the water obscure the pool’s depth. From the surface, only a 17-foot-deep framed platform for scuba diving is visible. With a snorkeling mask, swimmers can see a second platform at 37 feet, but that’s where things get fuzzy.

Winter is perhaps the best time to visit the Crater and experience the contrast of cold air, warm water.

Nothing feels as cozy as being inside a cabin while the snow flies. Tourists flock to the Sundance area for retreats and holidays

We are lucky enough to be just 15 minutes down the road from cold comfort for a quiet getaway or a family reunion. Make reservations at stewartmountainlodging.com.

When the game is on the line, BYU’s Tyler Haws has ice in his veins.

Tyler may soon become the all-time leading scorer in BYU basketball history because of his killer shooting instincts.

Based on Tyler’s current points-per-game average, he should break Jimmer Fredette’s record for most points scored in a career sometime in February.

The 6-foot-5 sharp-shooter can score from anywhere on the court and is a finalist for the Naismith Award, college basketball’s highest honor.

Light at the end of the tunnel: Bill Anderson benefits from new game-changing treatment for Hepatitis C Previous post