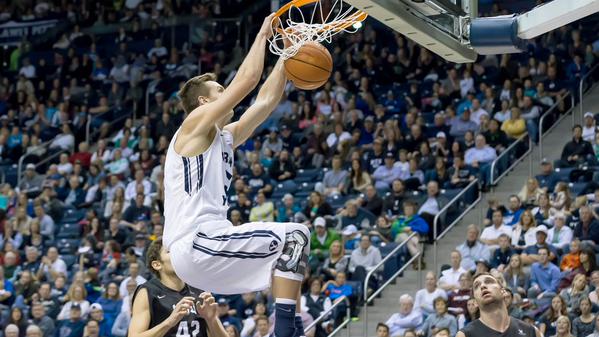 Well, he’s done it. It took a bounceback performance, but Kyle Collinsworth broke history with his fifth triple-double of the season, setting the NCAA record.

After a tough loss to Pepperdine on Feb. 5, Collinsworth  tied a career-high with 23 points and hit 9-of-11 free throws to lead the Cougars to an 87-68 win over Loyola Marymount on the road Sat. afternoon.

Despite minor injuries holding him up over recent games, Collinsworth has looked good whenever he’s played, and he looked good on Saturaday, adding 12 rebounds and 10 assists en route to the NCAA record.

In the wake of a third loss to Pepperdine in two seasons, it’s welcome news to the Cougars’ locker room to have Collinworth storming ahead. BYU is now 8–5 in conference and has a chance, albeit a limited one, to reach the NCAA Tournament in March. No. 2 Gonzaga is the biggest road block, but if BYU has proven anything this season, it’s proven to be resilient.