Without a doubt, the greatest sports movie of all-time is the 1986 classic Hoosiers. Forget “Rocky,” “Rudy” and “The Rookie.”

It just doesn’t get any better than a midwestern high school team, coached by Gene Hackman and Dennis Hopper, taking down the big bad Bears of South Bend Central to win the state championship.

But, as every true basketball fan (over the age of 35) knows, the real star of the show was Hickory’s Jimmy Chitwood, a kid who could rebound, pass, take the ball to the hoop … just like … just like BYU’s Kyle Collinsworth!

In fact, the similarities don’t stop there. Here are 12 evidences that Collinsworth (who recorded his NCAA record-breaking fifth triple-double Saturday) is indeed the grandson of former Hoosier great, Jimmy Chitwood. 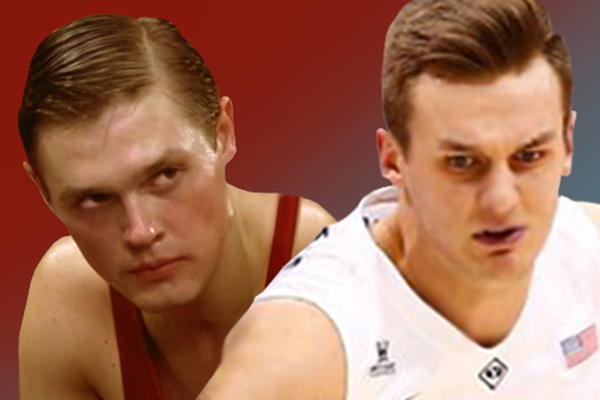 In addition to the same 1950s hairstyle, Collinsworth and Chitwood even part their hair on the same side.

2. Absolute confidence in themselves.

Confidence like that of Collinsworth and Chitwood is not learned, it’s in the blood.

Collinsworth served a two-year LDS mission in Russia and Chitwood showed his religiosity before Hickory games by participating in a team prayer.

4. Both play for rabid fan bases.

Even the best of players need support from the home court crowd.

5. Both have teammates who stand up for them.

Basketball is a team sport and both Collinsworth and Chitwood have teammates who have their back.

Both Chitwood and Collinsworth like to do the majority of their scoring by going to the basket.

7. Both are asked to guard taller players from the opposing team.

Both Hickory and BYU lack a dominant big man, which puts more pressure on players like Collinsworth and Chitwood to rebound and play post defense.

8. Both move well without the ball.

Good scorers like Chitwood and Collinsworth know how to get open without the ball in their hands.

9. Both know how to box out and rebound.

10. Both players are patient.

Players like Chitwood and Collinsworth create game-winning plays by showing patience on the court.

11. Both have won state championships. 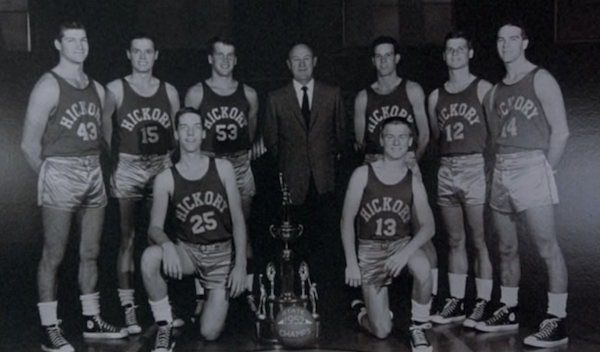 In the 1986 sports film, Chitwood had a grand total of four lines, including his famous “I’ll make it” line near the end of the movie.

13. Both players are stat sheet stuffers.

On Saturday, Feb. 7, 2015, Collinsworth became the all-time triple-doubles leader for the NCAA when he registered his fifth of the season. Again, state keepers didn’t track triple-doubles in the 1950s in Indiana, but we can only assume Chitwood’s stats were off the charts — why else would they dedicate an entire movie to his heroics?

(Side note: Kyle Collinsworth is not biologically Jimmy Chitwood’s grandson.)