UV crime: Internet enticement of a minor, threats against police 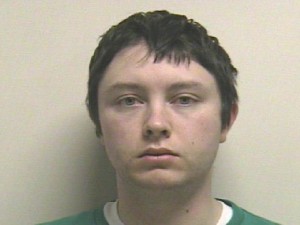 Utah County officers on Wednesday arrested a 31-year-old man accused of trying to entice who he thought was a 13-year-old girl into a sexual relationship.

According to police, for nearly seven months Ryan Chad Sherry of Spanish Fork sought out a 13-year-old girl online and described what he wanted to do sexually to her (he was really talking to police). He arranged to meet the girl on Wednesday in Provo, where detectives from Utah County’s Special Victims Unit, affiliated with the Utah Internet Crimes Against Children Task Force, arrested him. He was booked into jail on charges of attempted rape of a child, attempted sodomy on a child, attempted aggravated sexual abuse of a child and enticing a minor over the Internet.

Officers arrested three people over the weekend, accused of transporting drugs. Julio Jose Domingo, 44, of California; Gustavo Rodriguez-Garcia, 23, of Salt Lake City; and Rosa Maria Franco-Rico, 47, of California were arrested after a traffic stop on Interstate 15 in Orem. Police say they found more than 4 pounds of meth hidden in a tow hitch on the car.

Provo officers arrested several people in connection with threats made against them over the police shooting of Cody Evans on Feb. 15.
Michael Leon Angus, 27, and Jacob Fletcher, 24, reportedly posted threats against police online. Another man, Brandon Stacy West, 22, reportedly tried to buy a firearm for another person and talked about retaliating against police. Lindsey Parker, 25, who was with Fletcher when he was arrested, also was arrested.

An Orem police officer stopped a man on suspicion of DUI on Sunday. It turned out the man’s blood-alcohol level was .358 — the legal level to drive is .08.