As of right now, the Cougars sit firmly on the NCAA Tournament bubble.

Their thrilling win against Gonzaga has given them the signature victory they lacked, but entrance to the dance is far from a sure thing. So unless they want to be sweating it out on selection Sunday, the Cougars are going to need to win the West Coast Conference Tournament, something they haven’t accomplished in their short tenure in the WCC. In fact, BYU hasn’t won a conference tournament in any conference since 2001.

Below are five reasons the Cougars could be cutting down the nets March 10 along with the one major obstacle they face. 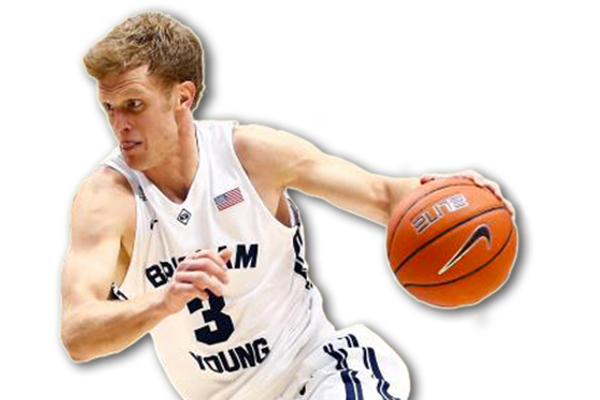 The old saying goes, “In this world, nothing can be said to be certain, except death and taxes.” We may need to amend that to include Tyler Haws.

During his three years in the WCC, Tyler Haws has been a model of consistency. He has averaged 22 points per game, while shooting 47 percent from the field and 86 percent from the line. He is the reigning conference player of the year and has twice been named to the All-WCC team with a third likely to come.

In the seminal gangsta rap song, “It was a good day,” one of the many reasons Ice Cube was having the titular “good day” was because he had messed around and got a triple-double.

If one triple-double is reason to celebrate, Kyle Collinsworth should be downright giddy. The junior guard has recorded an NCAA record five triple-doubles this season. Collinsworth ranks in the top three statistically in the conference in rebounding and assists and is just outside of the top ten in scoring.

He saved his best game for last against Gonzaga, where he scored 20 points, grabbed eight rebounds, and helped the Cougars push the tempo of the game as BYU did the unthinkable and stole a game in the Kennel.

3. Peaking at the right time

Just like last season, BYU recovered from a midseason slump to go 8–1 in the back half of the WCC schedule.

During that stretch, the Cougars are winning by an average of 79–66.

During the middle of the season, I wondered if all Corbin Kaufusi, Luke Worthington and Ryan Andrus were good for is 15 fouls. They are still good for that, but lately they’ve been bringing a physicality and toughness that the Cougars lacked early in the season.

Against the Zags, Kaufusi was a beast. He scored seven points, grabbed six boards and swatted three shots.

Andrus only played three minutes against Gonzaga, but he hit two huge foul shots at the end of the game to extend BYU’s lead to 3 points and seal the Cougars’ biggest victory of the season. He also scored 8 points in the Cougars late-season victory in Portland.

Worthington’s contributions might not show up in the box score, but he very rarely gives up an easy basket and is giving maximum effort during the time he’s on the court.

When you see Skyler Halford on the court, at first glance you might think he doesn’t belong or maybe they let the team manager suit up for the game, but the dude can ball.

Halford’s been a key cog in the Cougars’ late-season resurgence. During the second half of the conference season, he’s averaging just over 13 points a game and has recorded games of 17, 18 (twice) and 19, all while hitting 56 percent of his threes.

To be the champ, you’ve got to beat the champ

Not to be a Debbie Downer, but it’s always helpful to look at what stands in the way of the Cougars snagging the WCC trophey.

Despite all the things we’ve noted that the Cougars have going for them, they still have to get through Gonzaga. The Bulldogs have won 14 of the last 16 WCC Tournament titles, and Gonzaga should have plenty of motivation to beat the Cougars since BYU likely cost Gonzaga a No. 1 seed in the NCAA Tournament with its victory in Spokane.

Since joining the WCC, BYU has posted a 3–7 record against the Zags, with two of those losses coming in the conference tournament. Until someone can step up and prove otherwise, the WCC championship goes through Gonzaga.