8 Utah Valley donut shops you need to indulge in 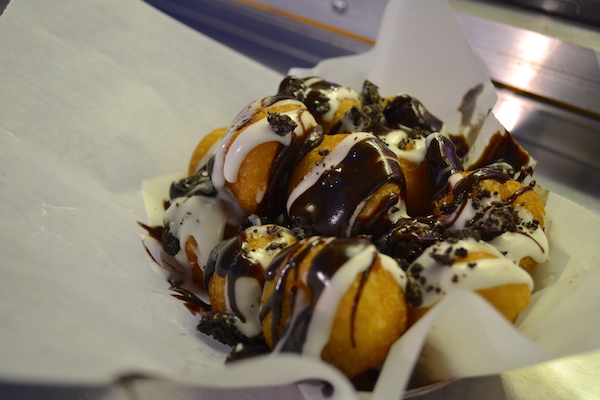 You’ll probably praise and curse my name for introducing you to these little pieces of fried heaven if you haven’t already discovered them. Find the Art City Donuts truck’s schedule is on on their Facebook page. (Photo by Kim Christen

Lest you think this is just some Google-searched article by an indifferent donut commentator, I should tell you that I consider myself a donut aficionado. I come from a long line of donut lovers, and a delicious donut has long been my weakness and my best friend. From sleeves of hostess powdered donuts from the gas station to a cream-filled pastry from a bakery in Paris that would make you cry happy tears, I make it a point to find the best. If you know of one that isn’t on the list, consider it your civic duty to tell me in the comments. Here are my favorite finds:

If you’re driving on the freeway past Santaquin, you can’t miss Rowley’s Red Barn, often just called “The big red barn.” The barn is known for its homemade ice cream, apple cider made from the farm’s own apples and fresh donuts. The seasonal apple cider donut is worth the trip to the red barn, even if it takes you some time to get there. Now if only October would come around faster.

These mini donuts might be small, but they might just create your next biggest recurring craving. Springville’s famous warm mini donuts are made fresh inside the Art City Donuts food truck and finished off with toppings to create tempting flavors like pumpkin spice, Boston cream, Cinnabon and blueberry crumble. 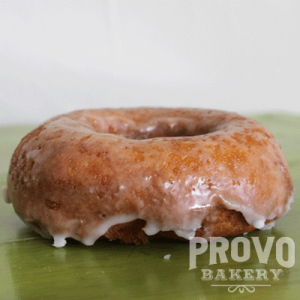 Provo Bakery’s seasonal pumpkin spice donuts is easily one of the best donuts that will ever grace your mouth. But you don’t have to take our word for it. Provo Bakery is just one of the mouthwatering local donut bakeries listed here.

This list would frankly be fraudulent if it didn’t include The Provo Bakery. The quaint little shop has been serving up some of the valley’s most mouthwatering donuts for more than 50 years. If I were forced to pick, I’d recommend indulging in the buttermilk bar or the seasonal pumpkin spice donut, then proceeding to try all of the other donuts at some point, of course. Go early in the day before the best stuff’s gone!

In case you didn’t already know, BYU has its own bakery and makes a mean old-fashioned donut. The thing is moist, dense and pairs perfectly with a BYU Creamery chocolate milk. If you don’t want to go all the way into the Cougar Eat, you can nab a donut at the BYU Creamery on 9th east.

One of Macey’s new advertising taglines is, “I need a Macey’s donut right now!” I’ve found myself saying that  phrase in my head on several occasions. It seems especially relevant when I’m in the grocery store with my little kids, a long shopping list and a short fuse. The donuts are fresh, there are lots of flavors (can’t beat their classic maple bars). I’ll never forget the time I earned my own money as a little girl to buy one of their huge Texas donuts, which is pretty much five donuts in one. And I’m pretty sure I ate the whole thing myself. I told you this was a lifelong addiction, didn’t I?

Like Macey’s, Day’s Market’s donuts deliver the kind of fresh, donutty comfort you’d expect from a quality local store’s bakery. I initially discovered them when I needed a conveniently located bribe for my daughter to go under water during her first swimming lesson, and we have been back many-a-time. The toasted coconut donut is a winner in my book.

Everyone obsesses over Krispy Kreme’s glazed donuts, especially hot (and sometimes free) out of the grease. Now, I’m not a glazed donut girl myself — I prefer cake donuts — but their custard-filled donut is pretty amazing. It might make you feel like you need to run a  marathon afterwards, but no biggie.

If this list were in order of the donuts that have most frequently been devoured at our office, Daylight Donuts would be at the top of the list. And for good reason. Daylight Donuts have a light, melt-in-your-mouth texture and pack a lot of flavor.