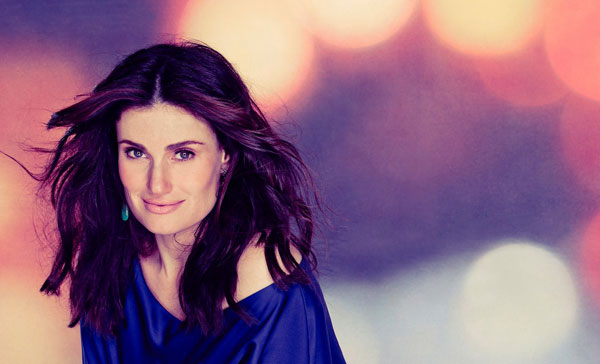 “Frozen” fans, “Wicked” fans and all-around Idina Menzel fans rejoice — she is coming to perform in Utah Valley. The actor and singer will headline in the next Utah’s Stars & Friends benefit concert on Oct. 1.

Menzel is best known for her award-winning roles as Elsa in Disney’s animated film “Frozen” and as Elphaba in the Broadway musical “Wicked.” Disney recently announced plans to create “Frozen 2,” which will also star Menzel as Elsa the Snow Queen.

Like the March 13 Utah’s Stars & Friends concert, the October concert will benefit Operation Underground Railroad and the Elizabeth Smart Foundation. Tim Ballard, the founder of O.U.R., and Elizabeth Smart have already completed a mission together that saved a 7-year-old girl from a man’s plan to kidnap her. The March concert publicly launched their joint efforts to protect children worldwide from sex trafficking.

“Basically everywhere you look, children are being trafficked,” Elizabeth Smart said in her opening comments at the concert. “…(We want) to help them move forward so that they’re not just left to fend for their own again.”

The March concert highlighted local stars like The Str!ke, One Voice Children’s Choir and Lexi Walker, who was launched into the spotlight following her performance of “Let it Go” with Alex Boyé. The audience gave her a standing ovation for her performance of “Somewhere Over the Rainbow.”

Boe sang selections from musicals, including “Ragtime,” “Moulin Rouge” and “Les Miserables,” several of which received standing ovations.  He also added a personal touch to his performance by singing “Happy Birthday” to Jeanette Herbert, Governor Gary Herbert’s wife, whose birthday was on the night of the concert.