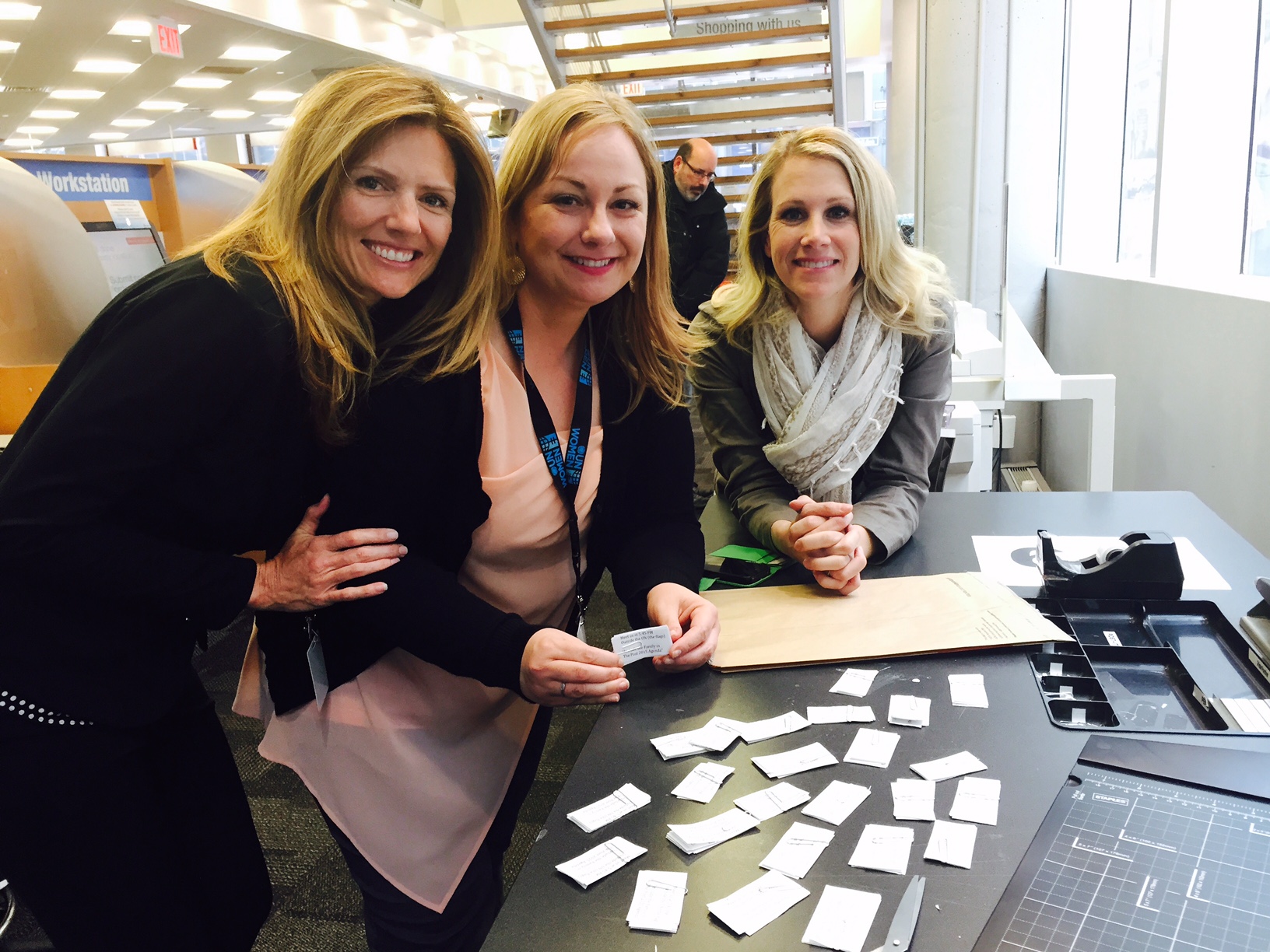 Jennette Jenkins (left) and Ali Lund (right), both of Gilbert, Ariz., are part of Big Ocean Women, the group of LDS mothers attending the Commission on the Status of Women.

Women from several organizations around the world — including the Big Ocean Women based in Provo — plan to gather at the gates of the UN today at 5:45 EST to encourage inclusion of family language in the Post-2015 Agenda. 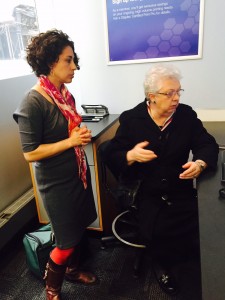 Provo’s Carolina Allen (founder of Big Ocean Women) and Susan Roylance (International Policy and Social Development Coordinator for the Howard Center for Family, Religion and Society) collaborate on wording to announce their gathering at the U.N.

These faith-based women gathered in a Staples near the U.N. to make hundreds of small flyers asking women to gather to present a Declaration of Women. They then dispersed to spread the information to family-friendly delegates and attendees of the U.N.’s Commission on the Status of Women.

In addition, the peaceful demonstration will include the Be WoMan campaign with “+9” signs, which signify that life began nine months before birth.

Provo’s Carolina Allen, president of Big Ocean Women, says, “We join hands with women from all over the world to support motherhood and families, and request the U.N. to include us in their Post-2015 Agenda.”