Home Sports BYU Who’s up next?: Projecting the future of BYU basketball

Who’s up next?: Projecting the future of BYU basketball

While players like T.J. Haws, Braiden Shaw, Payton Dastrup and Eric Mika won’t be available until the 2016 season, players like Nick Emery (center) will start contributing this coming fall.

During the BYU/Ole Miss halftime last Tuesday, searches for Tyler Haws on UtahValley360.com shot up. There was an easy correlation — BYU led by 17 and Haws had 19 points.

By the end of the game, UtahValley360.com saw spikes on searches for T.J. Haws and Eric Mika — showing that local fans were already looking to the future of BYU basketball.

So, while people in the rest of the country — and Ute fans in Utah County — are enjoying the heat of the NCAA Tournament, BYU fans are ready to look at next November. Call it BYU’s Winter Wish in the middle of March Madness.

Man of the hour

The 2015-16 season will be Kyle Collinsworth’s team. While some would argue this year’s team was his, too, make no mistake that Tyler Haws was the man of the hour. Next year we’ll see the other team game plan almost exclusively to stop Collinsworth. If Chase Fischer is hitting from the outside, Collinsworth will be a beast. If Fischer remains inconsistent, allowing other teams to double Collinsworth and force the ball out of his hands, well … he will still be a beast (just a smaller, slightly less scary beast). 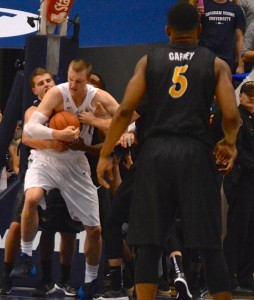 Nate Austin will provide welcomed rim protection and rebounding for the 2015 Cougars. (Photo by Rebecca Lane)

Nate Austin (assuming he gets an additional year of eligibility after a hamstring injury kept him out this year) is an experienced post player that plays as hard as anyone on the floor. While not a powerhouse offensively, he can score and — more importantly — is a crafty defender that will help shore up a glaring weakness from this year’s team — interior defense.

Fischer will be the second scoring option for the Cougars (after Collinsworth) and will need to be consistent for the Cougars to be competitive. This year, when he was on, it was a thing of beauty. If he was off, BYU probably lost. Next year he will be even more important to the team’s success.

New kids on the block 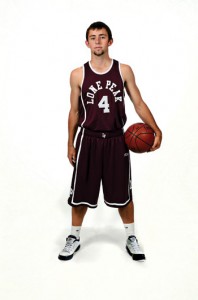 Former Lone Peak standout Nick Emery is back from his mission and should be able to contribute offensively immediately. In high school, he was an outstanding defender (and he is Jackson’s little brother), so additional perimeter defense would be welcome.

Bountiful senior Zac Seljaas — a 6-foot-7 forward — is expected to play for the Cougars next year as well (after which he plans on serving an LDS mission). He can also score in droves and his length should help the Cougars’ defense and rebounding.

Others getting major minutes:

NCAA Tournament. Gonzaga will still be the team to beat in the West Coast Conference, but an improved front line and a pair of senior guards should be enough to get BYU dancing.

Man of the Hour

Two years out, it’s harder to guess who will be the team leader. However, former freshman phenom Eric Mika will be back from his mission and should be even more prepared to make a statement to opponents after averaging 11 points and six rebounds a game as a freshman. It will be a welcome change from this year’s Cougars who had almost no offensive output from the post.

By then, Bartley should be a lock-down defender and be making better decisions on the offensive end of the floor. Emery and Toolson will open things up outside, while Mika, Kaufusi and Aytes man things down low. Cory Calvert (returning home from his mission in time for the 2015-16 season) will likely be running the show from the point position.

New kids on the block 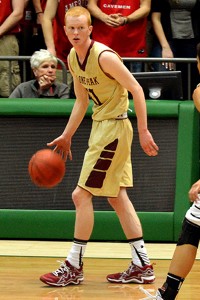 The boy wonder, T.J. Haws, will bring a welcome return of the family name to the Marriott Center. He’s considered flashier than his brother, Tyler, but has an all-around game that will be hard to ignore — even as a freshman.

However, if high school recruiting hype is an indication, Payton Dastrup (6-foot-9, center from Mesa, Arizona) could be the cream of the new crop that year. The four-star recruit made headlines by verbally committing to Big 10 powerhouse Ohio State, but changed his mind a week later and signed with BYU. He and Mika could make a formidable fresh-face force down low.

Others getting major minutes

NCAA. Emery could be a special talent and by his sophomore year should be giving BYU the type of top-level guard play needed for tournament success. By his junior year, Kaufusi should be a match-up nightmare for other West Coast Conference teams. Oh, and Mika will be joining him on the front line.