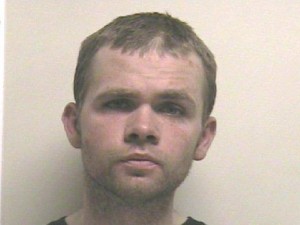 Provo police arrested 28-year-old Brandon Sargent on Monday after someone reported he was burglarizing vehicles early in the morning near 900 West and 600 South. When police arrived they reportedly found Sargent, who matched the suspect description, wearing a full backpack and slowly riding a bike around parked cars.

Police say Sargent took off when he noticed the police, throwing valuable items as he rode away. Officers caught up with him and arrested him, connecting him with at least four car burglaries. He was booked into the Utah County Jail on vehicle burglary, drug and possession of stolen property charges. It was his second arrest this month.

Someone stole seven high-priced baseball bats from a business in Orem on Tuesday, according to police. Officers are looking at video surveillance from the business to identify the thief.

“Do you remember me?” That’s what a man pulled over on suspicion of DUI in Highland on Tuesday said to the police officer, who didn’t remember. Turns out that officer had stopped the man a month earlier, and that he’d also been arrested on another DUI the week before. The man again failed field sobriety tests, according to police, and preliminary results of urine and blood tests show he had taken several drugs. He was — once again — booked into the Utah County Jail.

Orem police arrested two people this week after asking Facebook users whether they recognized two people suspected of taken more than $1,000 in nose rings from Tiger Lily Apparel. The two took a display case full of the rings while an employee was distracted, and employees didn’t notice it was missing for several days.

Lindon police arrested 26-year-old Cody Kryger on Sunday after he reportedly assaulted a female employee at Wal-Mart. Kryger reportedly grabbed the victim and touched himself in front of her and other customers. He was booked into the Utah County Jail on a charge of forcible sexual abuse.