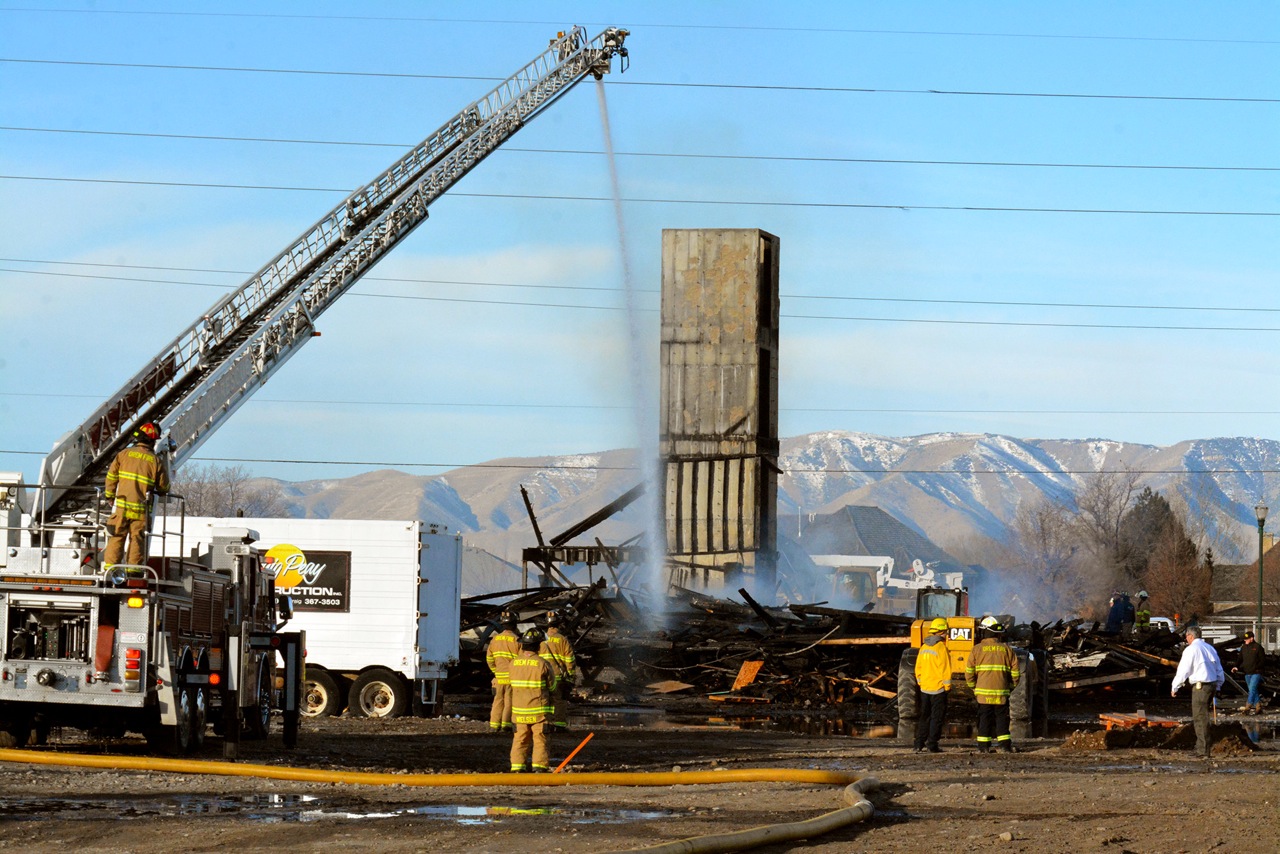 The Sun Canyon Villas construction project, which is just south of Midtown 360 between State Street and Orem Boulevard, was set on fire on Feb. 5. (Photo by Matt Bennett)

Orem has $13,500 waiting to be awarded to someone who provides information about who’s responsible for two fires at construction sites that caused more than $2 million in damage.

Fire officials believe the same person or people are responsible for a Dec. 19, 2014 blaze at an apartment complex under construction at State Street and 400 South and a fire on Feb. 5 at another apartment complex under construction between State Street and Orem Boulevard. Both fires were started early in the morning, and in each case there was a separate, nearby fire.

Investigators aren’t ready to say what was used to start the fires, said Orem Fire Battalion Chief Ryan Peterson. That information will come when officials announce an arrest.

And that arrest “will not come a day soon enough,” he said. “We still have somewhere near 30 projects under construction in our city. There’s a lot of stuff out there.”  The sooner the culprit is off the streets the better, Peterson said.

After the Feb. 5 fire, Orem set up a task force with local, state and federal investigators. After it announced the reward, Peterson said they got a “handful of tidbits from the public but it hasn’t resulted in anything.”

At this point, investigators are hitting the beat and analyzing evidence, although they aren’t any closer to an arrest, he said.

“The reward does still exist so if people have information, the reward is still there,” he added.

Anyone with information about the fires can call (801) 229-7321. Informants can remain anonymous.