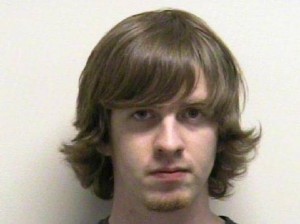 A judge on Monday postponed the trial for Jayson Johnson, who’s charged with the 2014 sexual assault of a girl who was on her way to Cherry Hill Elementary School in Orem. The trial was set to being on Tuesday, but after hearing arguments in the case on Monday the judge set a new pretrial hearing for May 11.

Johnson faces charges of child kidnapping, sodomy on a child, aggravated sexual abuse of a child and tampering with a witness.

Police suspect a Lehi man shot his wife and them himself at their Duchesne cabin. After being reported missing on April 10, officers found the couple in the cabin. According to police, it appeared Gordon Wright shot his wife in the kitchen, then himself in the living room.

An Orem man on Tuesday tried to beat the deadline and file his taxes, only to find out someone had used his social security number and filed already, according to police. A detective is investigating the case.

On April 10, police say Stephen White stole a Bronco from an impound lot in American Fork, then got into a fight at a house in Pleasant Grove and left in a van. Then he reportedly crashed the van, forced a person out of a vehicle and took that. Then he abandoned that car and took another one, before leaving that one and taking another vehicle in Lehi. He took that vehicle to Bluffdale, where he reportedly stole a dump truck with a trailer. Police finally stopped the dump truck in Magna using spike strips. Though the tires were flat, White reportedly tried ramming police cars before being hit with tear gas and pepper balls. Police say the man still tried to get away on foot, but officers caught up to him.

Orem police are using Wednesdays on Facebook to post photos of people wanted on warrants in the city. This week they featured Evan T. Waldron, who’s wanted on nine warrants for a total of $24,000. He is 23, 6 feet 1 inch tall, weighs 140 pounds and has brown hair and brown eyes. He has addresses listed in Provo and American Fork. Police ask if you see him to call them at (801) 229-7070  — or your local department — and not approach him yourself.