A photographic tour of the Payson Utah Temple with a Seventy

PAYSON — The Church of Jesus Christ of Latter-day Saints released interior photos of the Payson Utah Temple on Tuesday morning following a media tour of the 146th operating LDS temple.

The new temple will serve approximately 93,000 LDS Church members living in 27 stakes from Mapleton to Delta, Utah. There will be more than 3,000 ordinance workers who volunteer their time serving in the temple each week.

The LDS Church anticipates that between 400,000 and a half a million people will come to the Payson Utah Temple open house over the next month.

The public open house will begin on Friday, April 25, and go until Saturday, May 23. There will be no Sunday tours. Tickets are mandatory and can be reserved here. Following the open house, the Church will dedicate the temple for use on Sunday, June 7.

Before taking a walk-through tour of the temple, here is a photographic tour with information from Elder Kent F. Richards, executive director of the Temple Department and member of the Quorum of the Seventy. 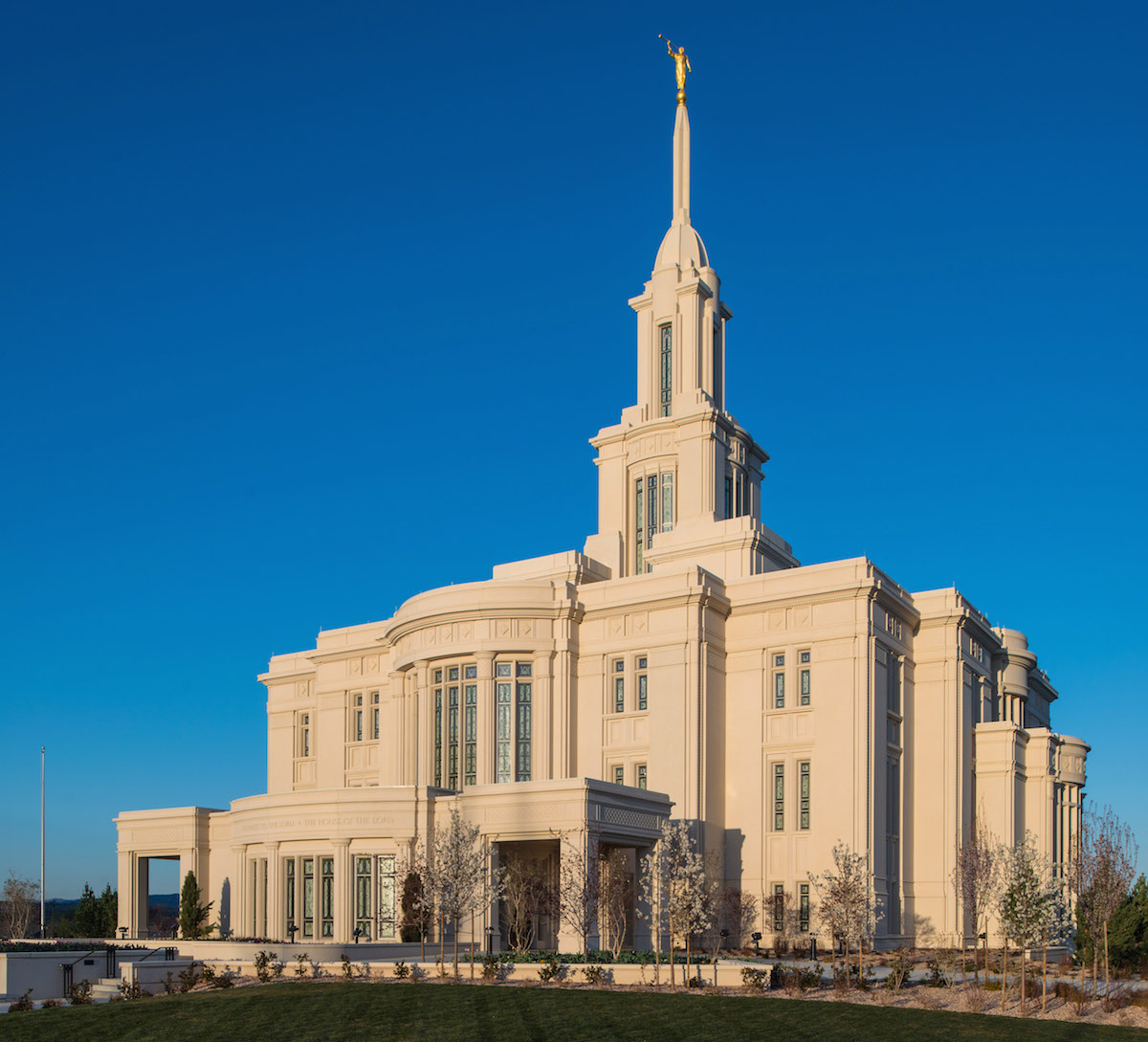 A temple is different than a chapel. The Church states, “Latter-day Saint temples differ from the meetinghouses or chapels where members meet for Sunday worship services. Temples are considered “houses of the Lord” where Christ’s teachings are reaffirmed through marriage, baptism and other ordinances that unite families for eternity. Inside the temple, members learn more about the purpose of life and make covenants to serve God and their fellow man.”

“Holiness to the Lord” 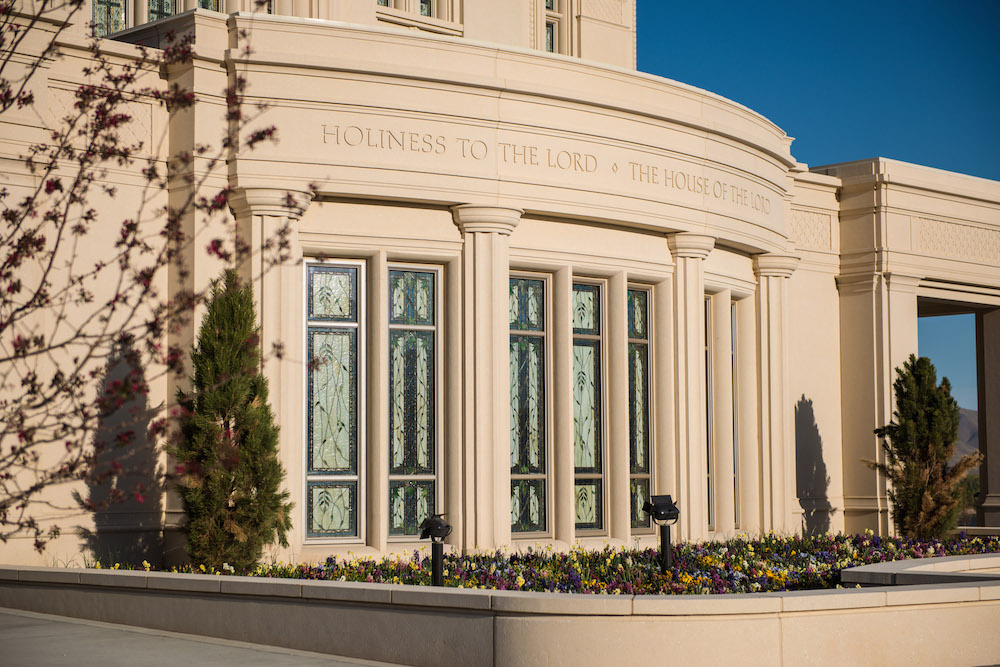 Outside of every temple, is the inscription, “Holiness to the Lord.”

“I want you to keep in mind that it’s not a beautiful building,” Richards said. “We consider it to be the house of God.” 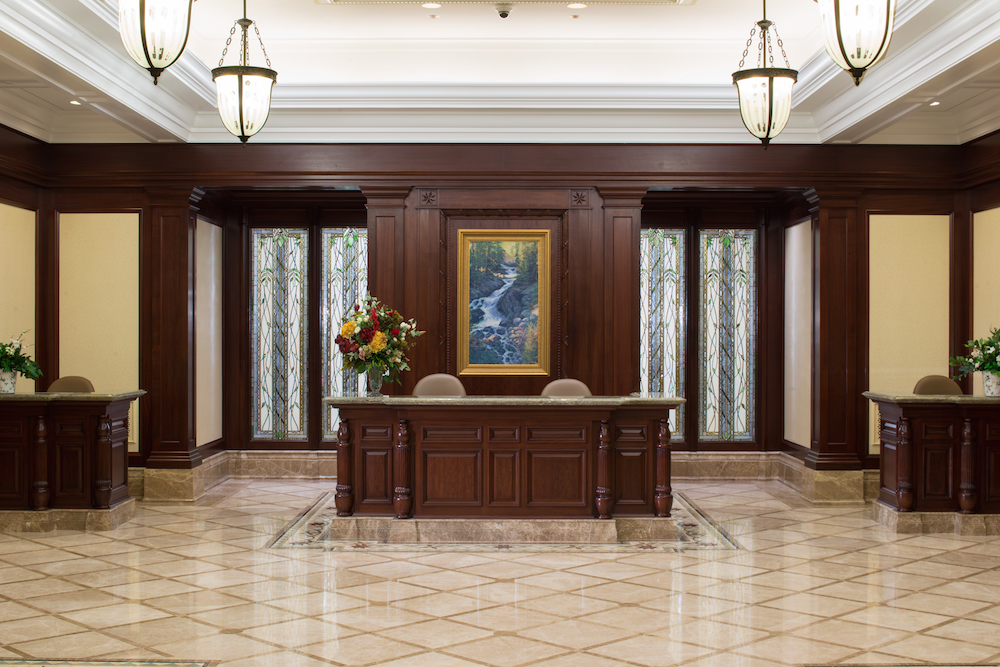 Richards says only worthy members of the Church are allowed in, not because the Church is exclusive, but because the temple is sacred and “we ask people to be prepared in their own lives.” 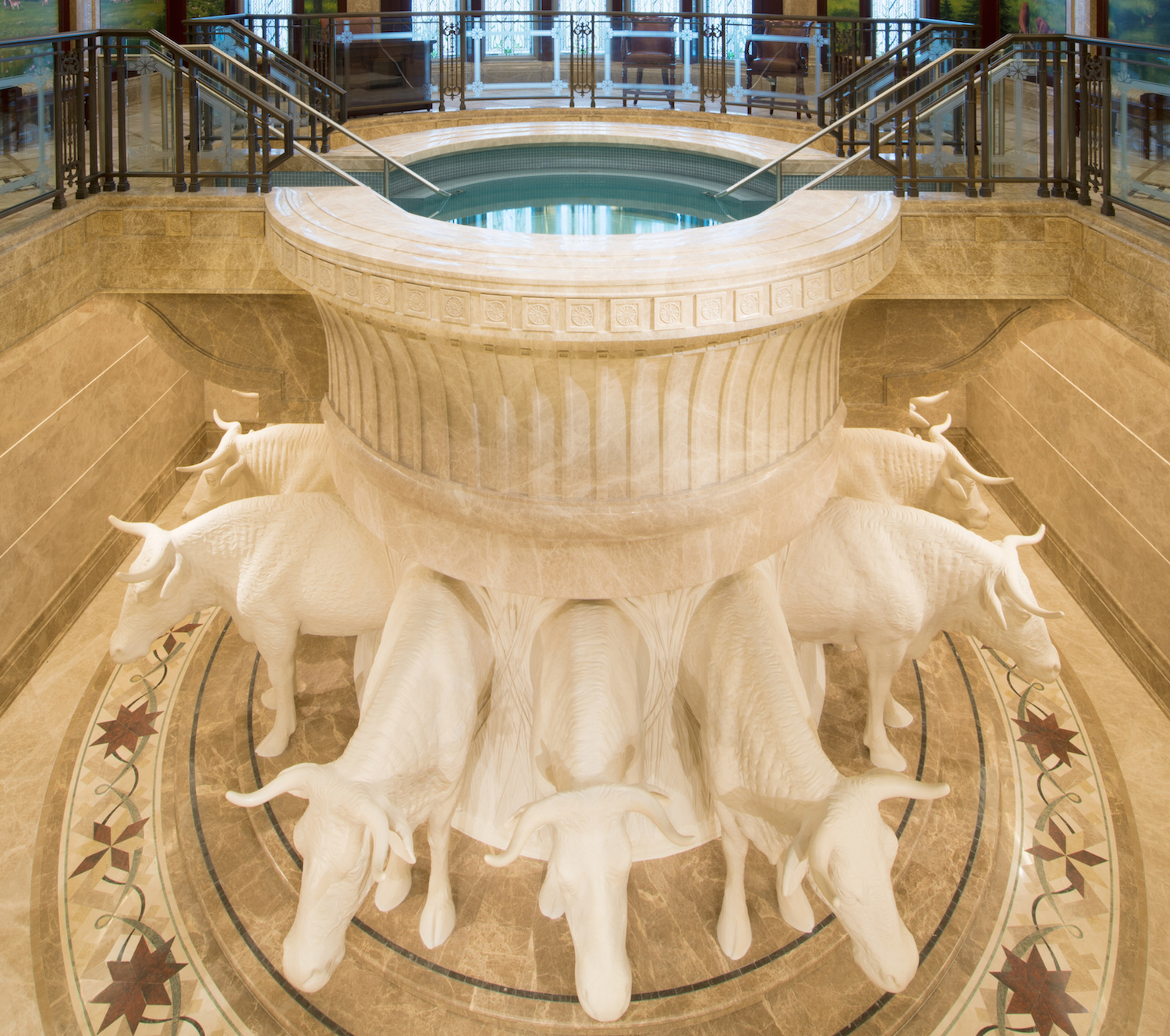 The baptismal font sits on top of statues of 12 oxen, which represent the 12 tribes of Israel. Richards says this comes from the Bible in 1 Kings chapter 7 where Solomon is told to build the baptismal font on the back of 12 oxen. The baptistry is used to perform proxy baptisms for deceased relatives. 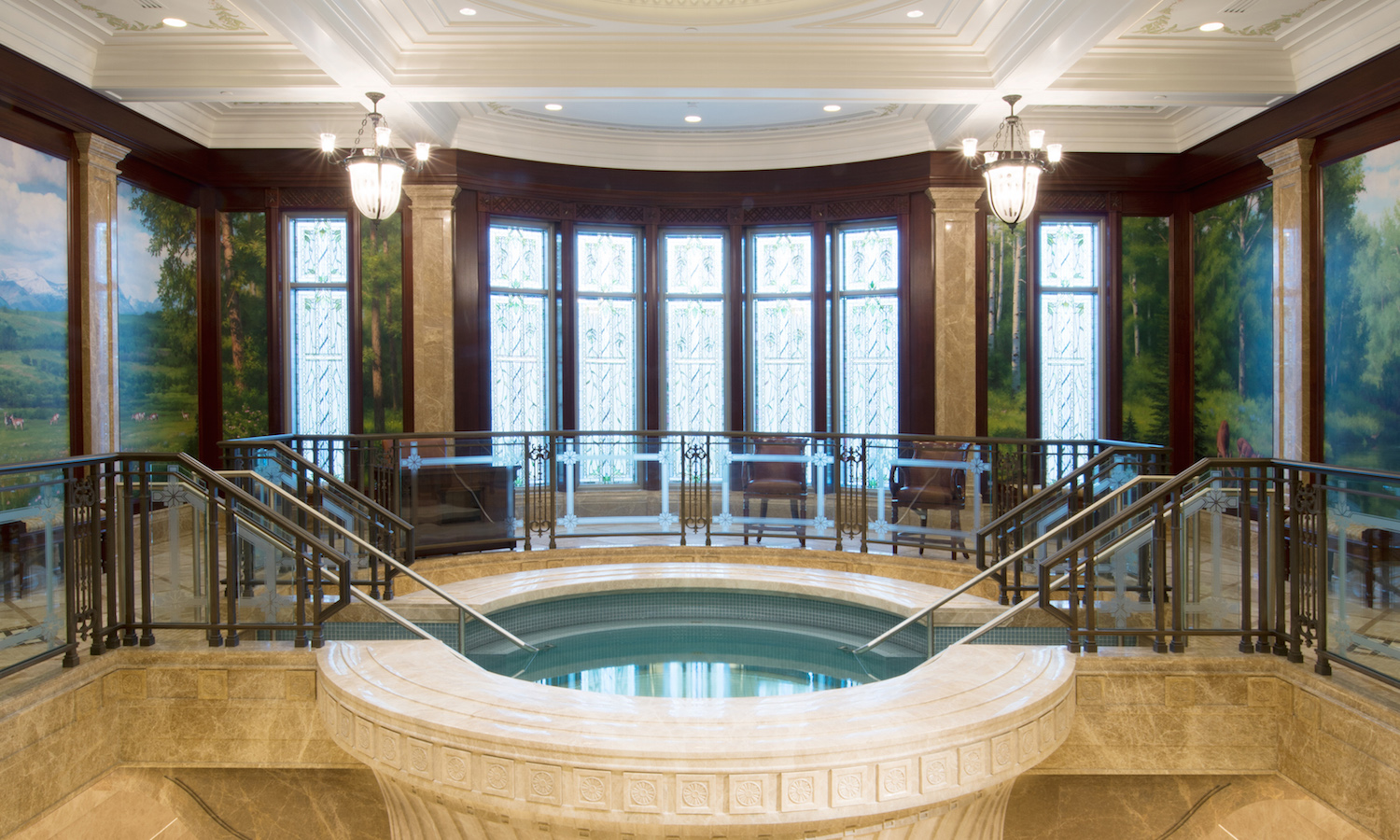 People may recognize the mural — a woodlands scene with antelope and other forest animals — feature in the baptistry from another temple. The mural is a copy of the Calgary Alberta Temple in Canada. 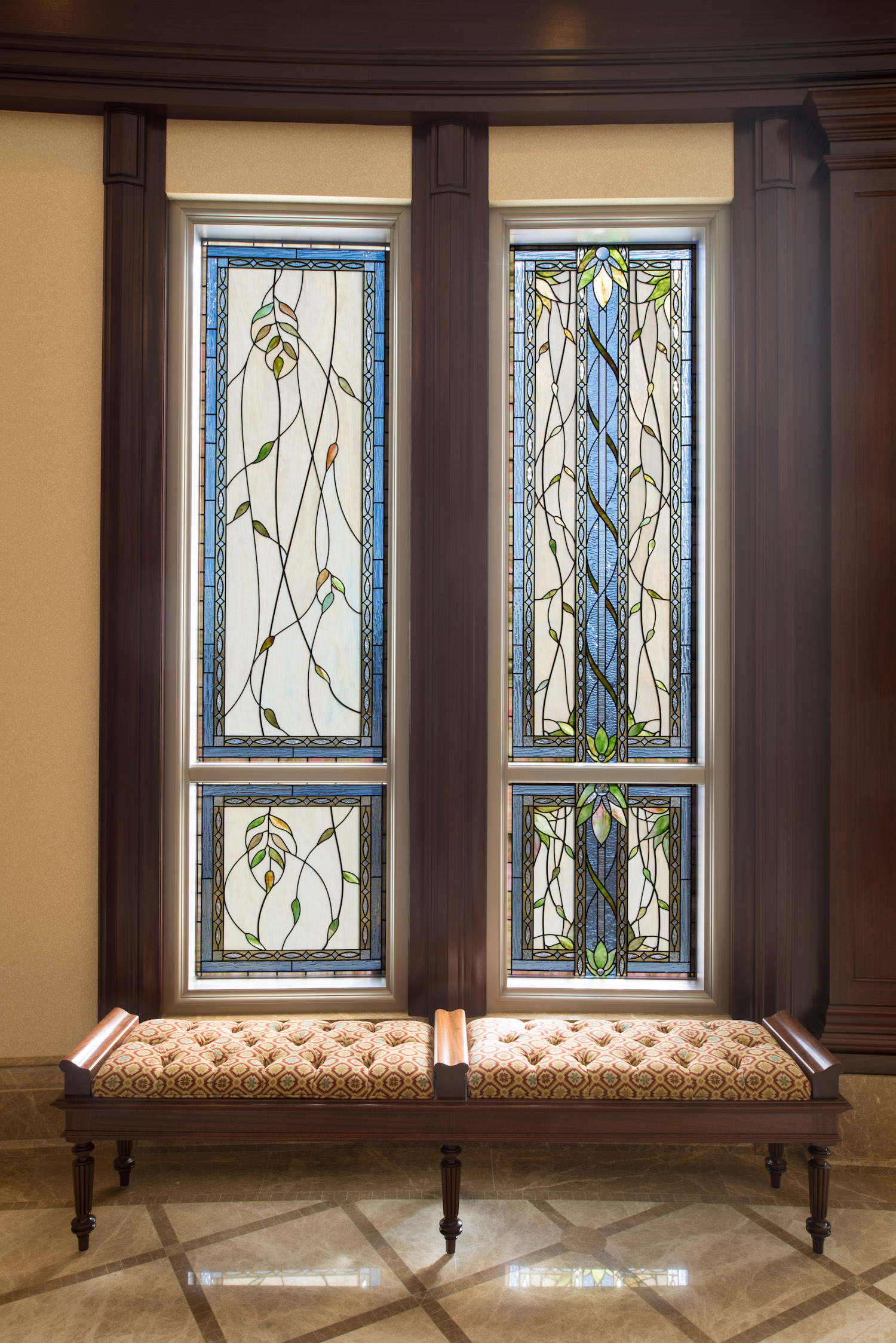 Todd Holdman, a Utah Valley resident, did all of the stained glass work for the temple. The glasswork are apple blossoms, representing the many apple orchards in Payson and surrounding areas. 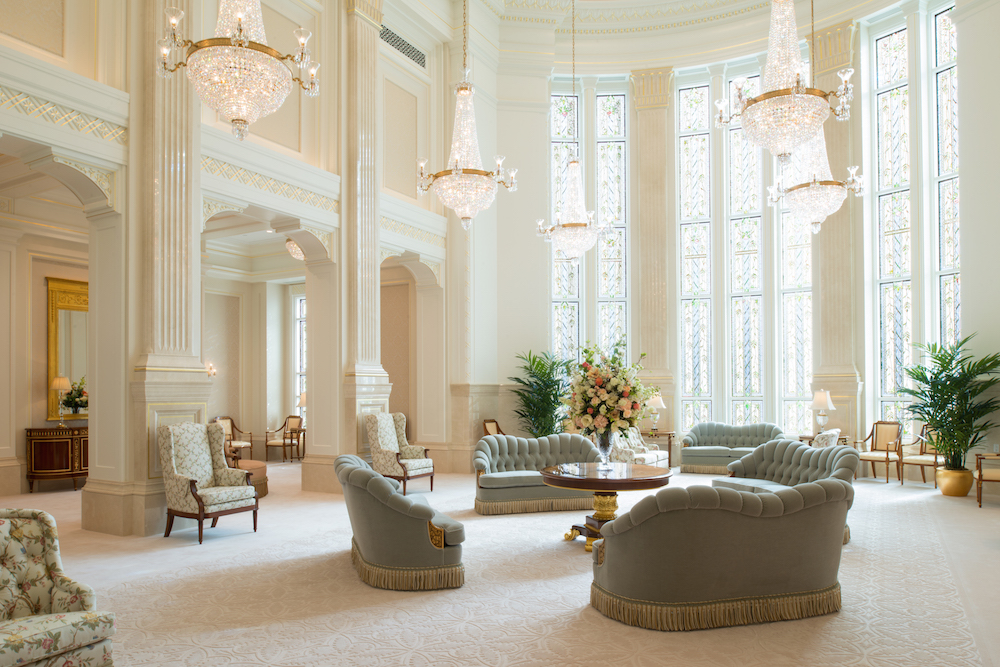 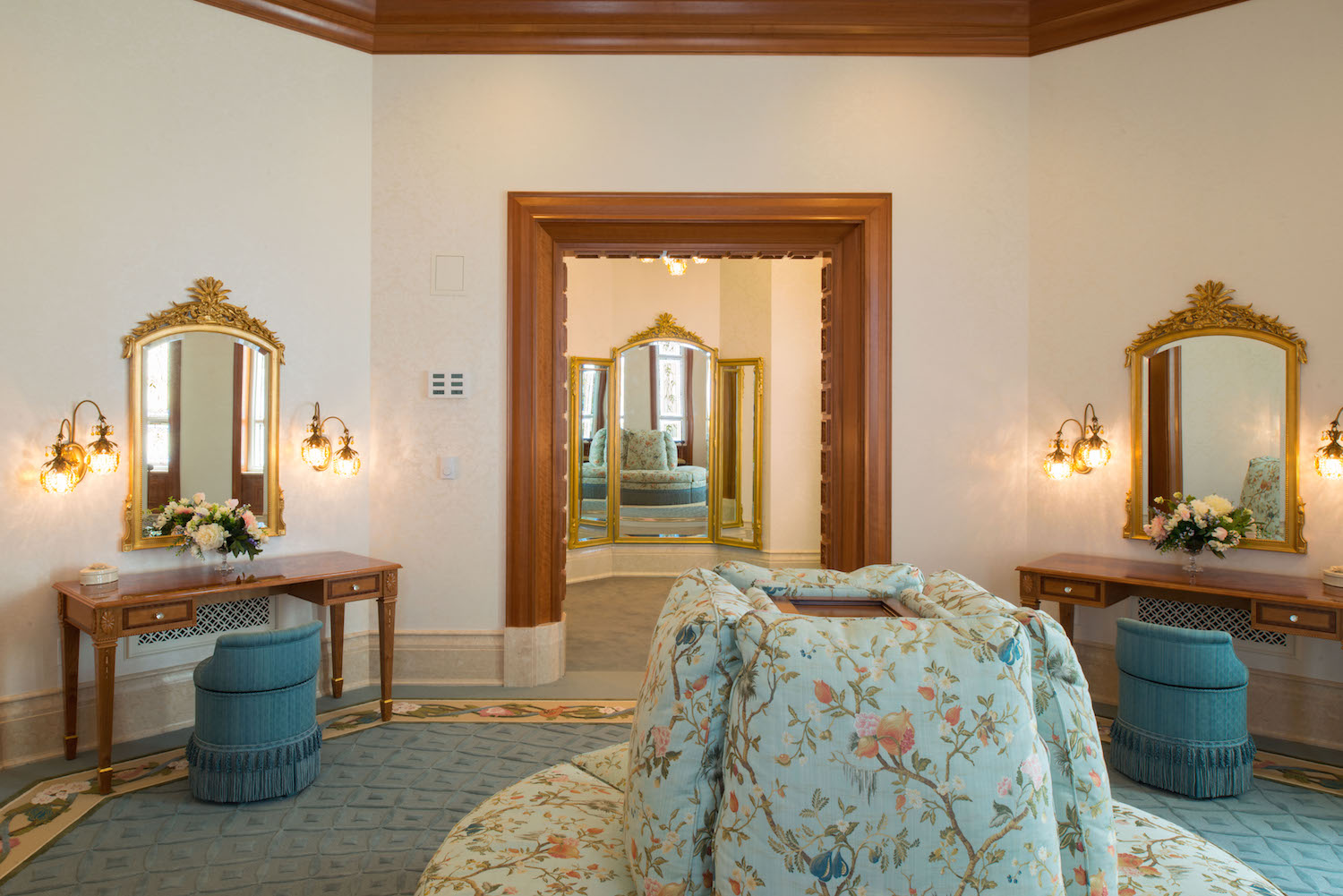 While the Bride’s room will not be part of the general public tour, the media got to step into the room. The room has four seats with mirrors for brides getting married in the temple.

When you enter the Bride’s room, the first piece of art is a cross-stitched image of a woman and a girl. Most of the art in the temple is paintings; there are 19 original paintings in the temple, some of which are by local residents. 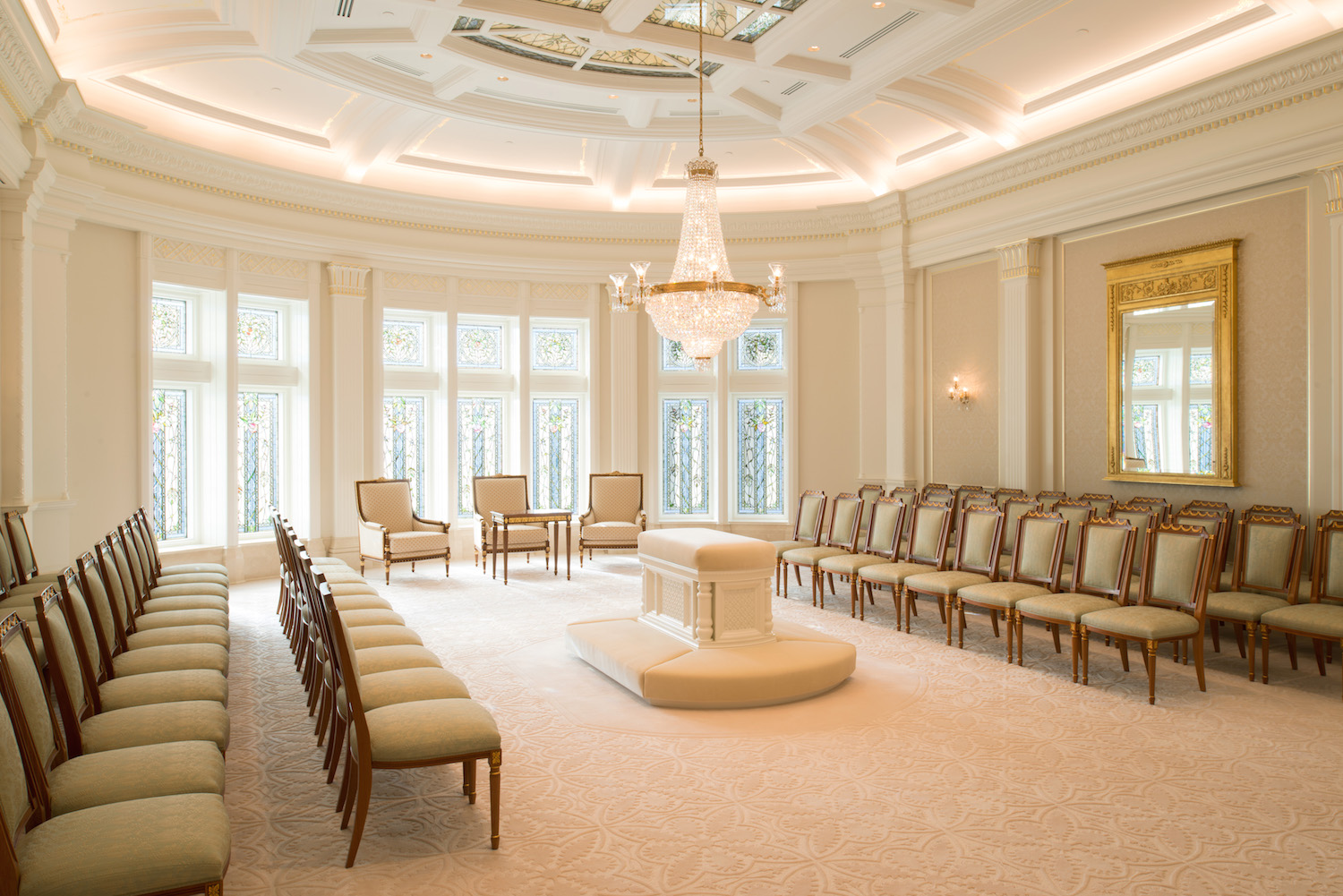 There are seven sealing rooms in the Payson Utah Temple. In the few months scheduling has been open, there are already 100 sealings (marriages) scheduled for the first month the temple is open after the dedication.