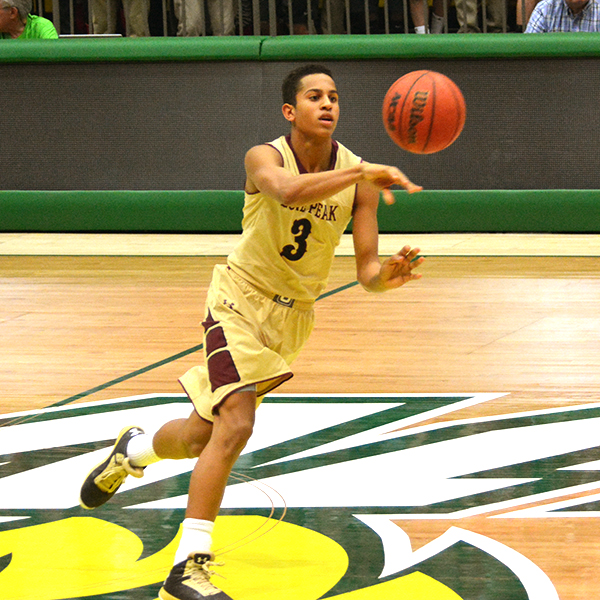 Does BYU have a chance at landing Frank Jackson, the most heavily recruited high school basketball player in Utah?

“BYU is always on my list of schools I’m considering,” said the 6-foot-3 shooting guard from Lone Peak High School. “I’m always open to being recruited by BYU. I have a definite interest in them.”

Nationally, interesting is heading up for Jackson, who is currently listed as the No. 30 player in the “2016 ESPN 60” and is in the top 25 at Scout.com.

“I’m being recruited hard right now by Duke, Arizona, Stanford, UCLA, BYU and Utah,” the star of Lone Peak High School’s basketball team said. “I’ll be visiting Duke in June and Arizona in either May or maybe not until June.”

And, as of this past weekend, you can add Notre Dame and NCAA Div. II Embry-Riddle University (a school in Dayton Beach, Florida, where Frank’s dad, Al, played college basketball) to the list of schools pursuing Jackson.

[pullquote]”I want to play where I’ll feel the most comfortable and where it’s a good fit.” —Frank Jackson[/pullquote]

Jackson said he hopes to make a decision on where he’ll play college basketball by this coming fall before the high school season begins.

“I want to play where I’ll feel the most comfortable and where it’s a good fit,” Jackson said. “I’m confident I can compete for playing time on any team that recruits me.” Jackson has the stats to back it up as he averaged 26.8 point per game last high school season while facing constant double teams.

Going into his senior year, Jackson says he wants to continue to work on his basketball skills, specifically becoming a “lock down” defender for the Knights, who failed to win the 5A state championship this year for the first time in four years.

Talking to your tween: 7 surefire ways to connect Previous post

Eight is great: 8 things to teach your child before baptism Next post