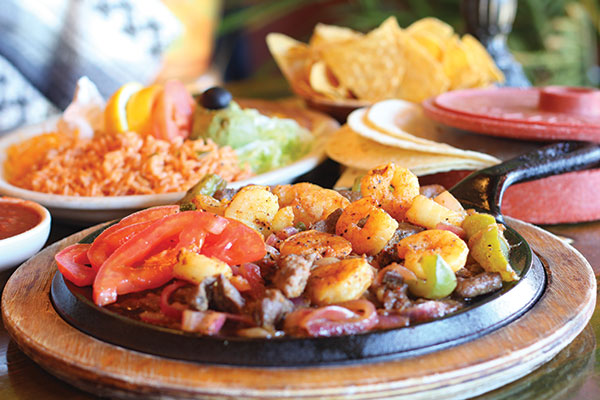 Thirty years ago, Los Hermanos spiced up downtown Provo. A few years later, ownership transferred to Craig and Lisa Witham and a few years after that, they expanded with a second location in Lindon. In addition to 18 children of their own, they also have 120 employees who they consider family.

Los Hermanos earned the title “Best Classic Mexican” from Utah Valley Magazine readers, and its fame all started with Craig and Lisa’s plan to own a restaurant and add their own historic flair.

[pullquote]“When we decided to add fajitas to the menu, I was looking everywhere for recipes, but they all included tequila. I cooked it in once and it didn’t taste right, so we made up our own recipe. Now the fajitas are a customer favorite.” —Craig Witham, Owner of Los Hermanos[/pullquote]

“We have always been interested in historical preservation,” Craig says. “We looked for old buildings for both the Provo and Lindon restaurants and it’s become an attraction.”

In 2010, the Withams moved one block east of their original location in Provo, on University Avenue and Center Street, to occupy an older building in downtown Provo.

Even before that, they fell in love with a 150-year-old building in Lindon and knew it should be home to the second Los Hermanos restaurant. Lewis Robinson, a farmer and attorney, built the farmhouse out of limestone in the mid-19th century. Like the Provo restaurant, the Lindon location now seats 300 customers.

Their restaurants’ historic settings have also launched dozens (and dozens) of their employees into a stable future — and not just because of the job experience.

“We try to hire really good, nice kids, and they often end up marrying each other,” Craig says.

So many, in fact, that there’s a bench at the Provo restaurant and a metal tree at the Lindon restaurant where these married employees mark their names as official members of the Los Hermanos family — and that’s just the way Craig wants it.

“We have two daughters, two sons-in-law and a son who have worked or are working as a manager or server, but we also think of our other employees as Los Hermanos family members,” Craig says.

Best of Garden and Flowers: Linden Nursery Next post