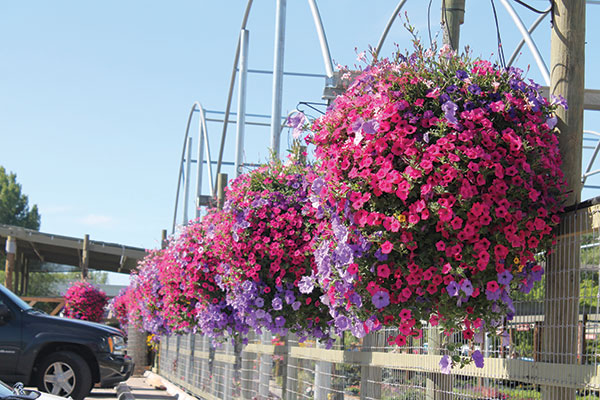 The Linden Nursery opened in 1992.

The Linden Nursery is, you guessed it, in Lindon, Utah — so why the different spellings? Here’s the story: The city of Lindon is named after a Linden tree that served as a town landmark in the 1900s. But somewhere along the paperwork path to becoming an incorporated city, a misspelling sprouted, and the plan to become the city of Linden turned into the reality of being the city of Lindon.

So, being true to their tree roots, founders Ed and Valerie Platt named their nursery after the original city name.

Ben Platt, manager of Linden Nursery and son of Ed and Valerie, says, “When we decided to set up the nursery, we couldn’t call ourselves tree professionals and perpetuate a misspelling.”

Linden Nursery was voted the top garden and flower business, and Ben says it’s all because of Ed and Valerie’s constant care, pruning and prodding.

“They opened the nursery in 1992, and it took a lot of courage and risk to keep it going,” Ben says. “Their hard work and personal sacrifice has made it a successful business for 23 years.”