Home LDS Being LDS Naming names: Most popular Utah baby names in 2014 are not ‘made up’

Naming names: Most popular Utah baby names in 2014 are not ‘made up’ 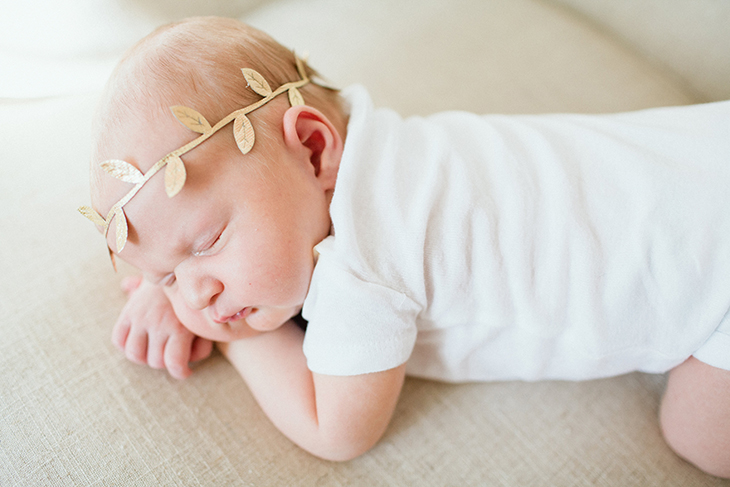 Utah County mom Alix Adams is drawn to traditional English names, like Charlotte, who is pictured here. Charlotte was the third most popular baby female name in Utah in 2014. (Photo courtesy aruffledlife.com)

We’ve heard it time and time again (and then a few times more): Utahns have a thing for unique baby names. But the most popular names in the state, according to new data from the Social Security Administration, show otherwise. The ever-traditional William was the hottest name for boy babies in Utah in 2014; for girls, the most popular moniker was Olivia, another classic.

Rounding out the top five most-used names in the state were Liam, James, Oliver and Lincoln for boys and Emma, Charlotte, Lucy and Harper for girls.

And while many Utah parents go to great lengths to brand their babies with unique names and spellings, others are happy with the traditional route.

“I have a preference for old English names,” said Alixandra Adams, a Utah County mom of little ones named William and Charlotte — both top five names. “Both of my kids’ names are from Jane Austen novels. Both names were popular 60 and 70 years ago. Those are the names I’m drawn to.”

Lewis said she wanted to make sure her children received traditional names since many names in Utah are “made up.”

“I’m going to make sure my kids have real names so people know what they are and can pronounce them,” Lewis said. 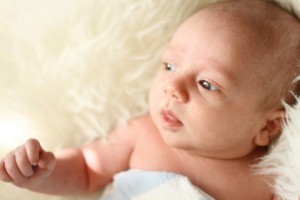 New baby Oliver might soon come across a few other Olis in his Eagle Mountain neighborhood — his name was fourth most popular in the state of Utah in 2014. Photo courtesy Dream with Me Photography.

In Eagle Mountain, Alicia Hermosillo had no idea her baby boy’s name had hit the top five for 2014 — the same year he was born.

“We like the UK show Top Gear, and in one episode someone named a car Oliver,” Hermosillo said. “We really liked the name. When our baby was 24 hours old in the hospital, we called different names at him and he responded to Oliver.”

Hermosillo said she doesn’t mind the new popularity of her son’s name.

“I haven’t heard the name in our area very often,” she said. “There were a lot of babies born at the same time, and everyone else chose names that are a little more different. We chose to go with a nice, normal name.”

Want to find out how your baby’s name ranks? Check out the Social Security Administration’s handy “popular names by state” tool here. 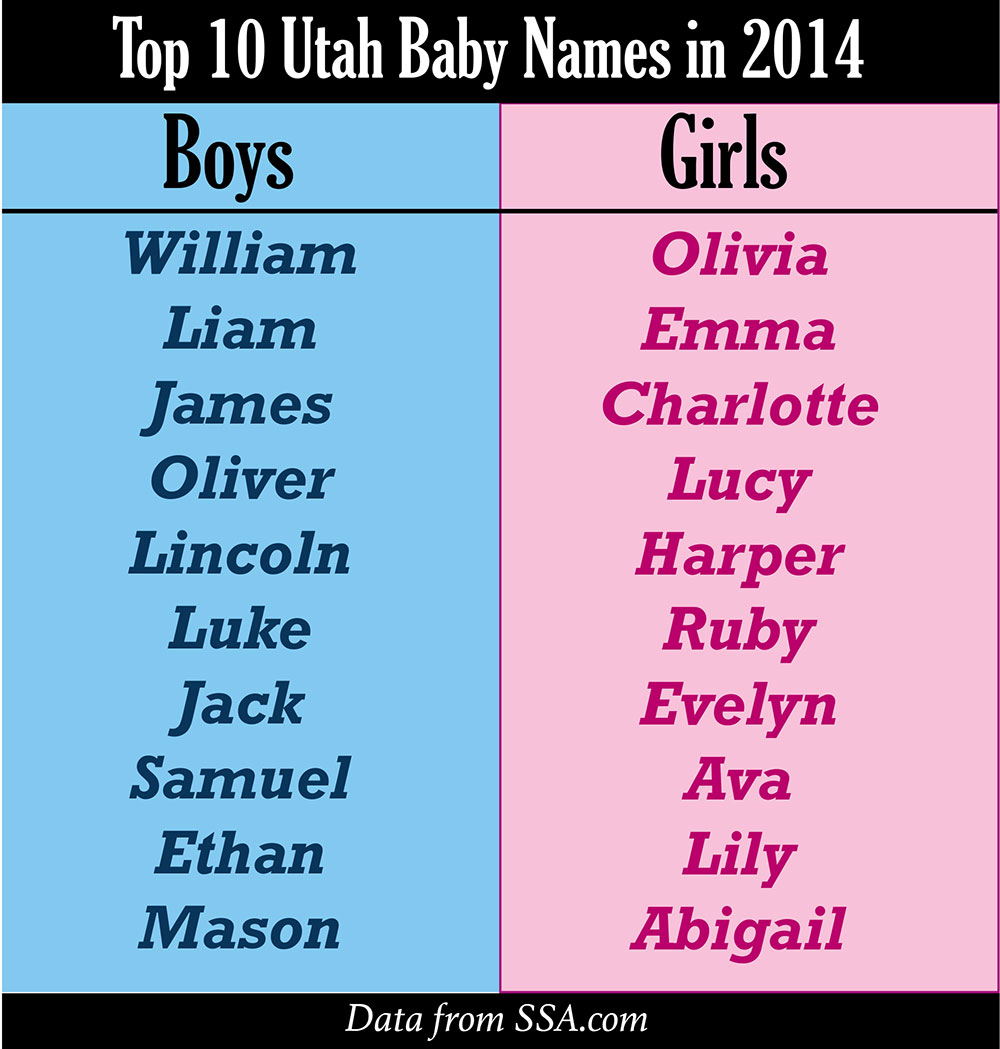