A year of significant BYU injuries and what the future holds

Somebody should have warned BYU men’s athletics that a dark cloud was going to hang over them during the 2014–15 school year.

Throughout the 2014–15 season, three of the most attended sports at BYU (football, basketball and volleyball) were plagued with significant injuries to all-star players.

Here’s a recap on some of those injuries and a progress report with hope for a healthier 2015–16 season all around.

The hardest hit came at the beginning of the year. The future was bright: BYU quarterback Taysom Hill was on the Heisman Trophy watch list, the Cougars had won their first four games, including a walloping of No. 25 Texas in Texas (that led to this hilarious “Sesame Street” mashup). Then Utah State literally tackled Hill to the ground, fracturing his left leg and, as a result, figuratively tackled the BYU Cougars 2014 season to obliteration.

After Hill’s injury, everything went downhill. October was a winless month, but things looked up in November as the Cougars won the next four games before their humiliating fight in Memphis.

Cougar fans are undergoing a bit of a deja vu moment. Hill came in on the NFL’s list of “Top Heisman Trophy candidates for 2015” at No. 11 on Monday. Though, Cougar Nation had a laugh as Mike Huguenin said Hill only had “OK speed.”

Hill participated in spring practice. He told Deseret News, “I’ve thought a lot about it, and I’ve had a lot of conversations with the coaches, and I think, at the end of the day, I know me and I’m going to do whatever it takes to win. I realize there’s a balance and that I’m more of a help to the team healthy than hurt, and also trying to balance that and factor that in, but it’s not an easy thing come game time. I’m going to do what it takes to win a football game.” 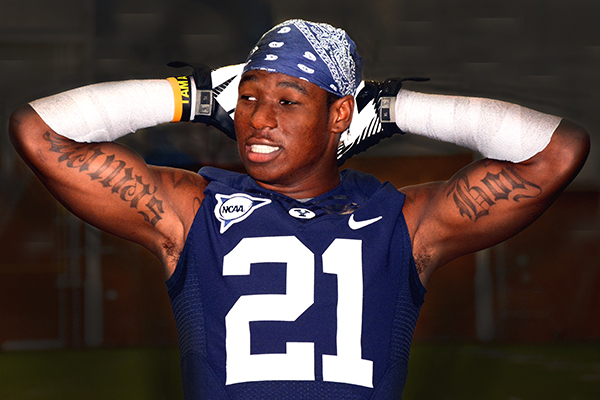 Jamaal Williams missed the last four games of the 2014 season due to a severe knee injury.

Junior running back Jamaal Williams suffered a season-ending knee injury against Middle Tennessee on Nov. 1, 2015, about a month after losing Hill. In November, Williams underwent knee surgery for the severe injury. Before the season-ending injury, Williams had rushed 518 yards and had four touchdowns.

Williams did not participate in spring practice. The latest update on Williams was shared with The Salt Lake Tribune. BYU running backs coach Mark Atuaia told the Trib, “I am not a betting man, so I am not going to say anything yet. But I am hopeful that he will be ready. What he is coming back from is a very huge and devastating injury, and so again, I am cautiously optimistic about his progression. However, from what I see he is doing well and he is dancing a lot more now. So I think that is helping him rehab his knee, I guess.”

“I hope he’s healthy at the first of the year so he can play every game,” said Chad Lewis, BYU associate athletic director for development, on Thursday. “I know he is working very hard and he looks really good, so I want him to just dominate.” 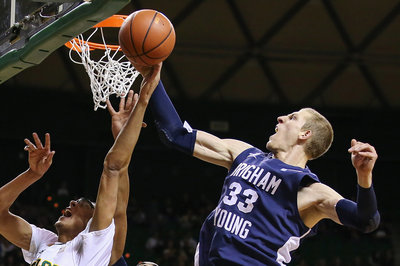 The BYU basketball team is still waiting to see if senior Nate Austin will receive a medical redshirt for missing most of the 2014–15 season because of a torn hamstring.

Can BYU fans blame Utah for this one? No, but it was during the Dec. 1, 2014 game against Utah that senior forward Nate Austin suffered a season-ending hamstring injury. At the beginning of the season, Austin had limited minutes because of back problems. After losing their most experience big man, the Cougars struggled in the inside all season.

While BYU head coach Dave Rose is fairly confident Austin will receive a medical redshirt, he is still concerned about Austin’s health as he continues to have problems with his back and hamstring, according to Deseret News in April. 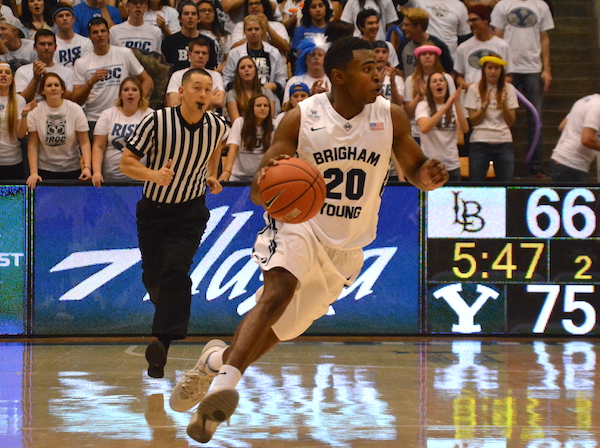 Senior Anson Winder dribbles the ball up the court in a home game this season. Winder played most of the 2014–15 season, but knee problems pulled him out of the game during the WCC Tournament. (Photo by Rebecca Lane)

BYU senior guard Anson Winder, or “Old Faithful” as I like to call him, had a knack for making a basket when the Cougars got desperate. A rehashing right knee injury kept Winder out of four regular season games and two games during the West Coast Conference Tournament, including the game against Gonzaga.

Winder is done at BYU as 2014–15 was his senior season. Luckily, he was able to play four minutes of his final game at BYU in the NCAA Tournament. 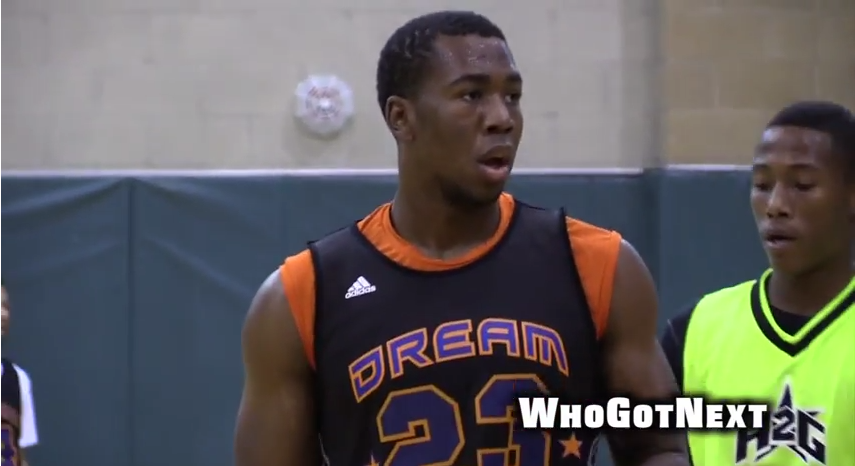 Jamaal Aytes had ankle surgery right before he became eligible to play for the Cougars because of NCAA transfer rules.

True, we don’t really know what Aytes is capable of yet — but, as always, we have high hopes. He has yet to see the floor after undergoing ankle surgery right before he received eligibility in December 2014.

The Cougars, who struggled with to have a presence in the paint all season, could have used Aytes’ inside presence.

Aytes is still undergoing treatment for his ankle surgery. 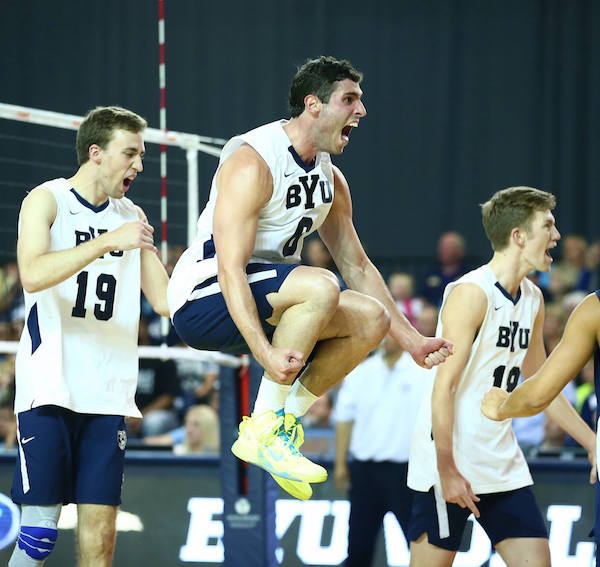 Outside hitter Josue Riviera was a fan favorite during his time at BYU for his high energy. (Photo by BYU Photo)

The volleyball crowd had very few opportunities to see this energetic outside hitter on the court this season. Starting out the season with a shoulder injury, Riviera only played 12 games during the season where he wasn’t able to put in the numbers that he did in previous years. Even when he did play, he didn’t typically play the entire game.

Unfortunately, Cougar fans won’t have another chance to watch Riviera on the court as his eligibility is up after four years with the Cougars.

The 6-foot-10 opposite hitter suffered an ankle injury in the sixth game of the season against UC Santa Barbara. In a team looking for a standout player, Dobbert was a strong early contributor.

BYU anticipates that Dobbert will be fully recovered for the 2016 season.

Naming names: Most popular Utah baby names in 2014 are not 'made up' Previous post