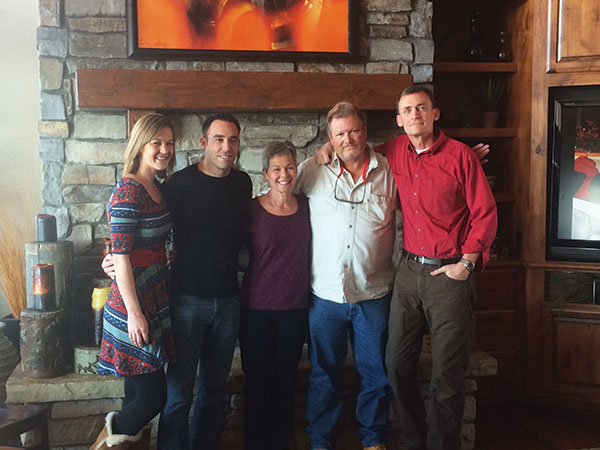 This is a one of three stories about unsung heroes, with ‘lyrics’ focused on airplane crashes, heart attacks and house fires. We’re also singing the tune of heroes in their own lives. Finally, this hero playlist rounds out with hero sandwich recommendations and a list of do-gooders drawn from the Red Cross.

Sgt. Robert Kelley — a member of the Utah National Guard based in American Fork — has served in Afghanistan and Iraq (where he was awarded a Purple Heart), but it was his quick thinking and neighborly courage while driving to work on a quiet Sunday morning that saved three lives.

Fortunately, Robert Kelley worked late the night of Aug. 9, 2014. His supervisor suggested Robert come in a little later than usual the next day to make up for the long shift.

The next morning, Sunday, Aug. 10, Robert was driving to work near the South Valley Regional Airport in West Jordan when he noticed a small plane taking off that wasn’t gaining much altitude.

[pullquote]”Right as I got him out of the plane, the cabin filled with flames. It was close.” —Sgt. Robert Kelley[/pullquote]

While waiting at a red light, Robert made a decision. With the road free of other cars, he took off and began tracking the aircraft.

“I lost sight of the plane for a time because of some buildings, but when I came to a clearing, I knew they needed immediate help,” Robert says.

The small plane was in the middle of a park just south of the airport’s runway, with smoke coming from the front.

He drove his truck right onto the grass to get closer to the crash. He called 911 and then ran toward the plane.

“I knew we couldn’t wait for emergency services,” Robert says.

He found the pilot, Steven Sedlacek, unconscious. The pilot’s wife, Kathleen, was alert but couldn’t feel her legs. An adult daughter, Anna Looper, was also injured.

“With my National Guard training, I knew the wife probably had a broken back,” he says. “I knew how to get her out without a backboard.”

Robert secured her neck with his arms and dragged her to safety. Still unsure of if and when the plane would burst into flames, Robert placed Kathleen behind his truck to protect her until paramedics could arrive. Then, after getting Anna out of the plane and safely behind the truck of another helping bystander, Robert went back for the pilot.

“He was in a harness that can be hard to figure out if you’re not familiar with them,” Robert says. “Right as I got him out of the plane, the cabin filled with flames. It was close.”

For his actions, Robert earned commendations from the National Guard and the Greater Salt Lake Area Chapter of the American Red Cross. 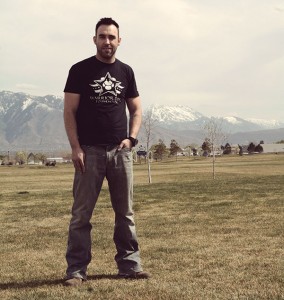 Sgt. Robert Kelley, part of a Utah National Guard unit based in American Fork, has served Americans in Iraq, Afghanistan, Louisiana and Arizona. However, his off-duty quiet act of bravery on this soccer field in West Jordan saved the lives of three people.

However, the actions of that Sunday morning are simply one of many examples of Robert’s devotion to helping others.

In his first assignment as a member of his American Fork-based Utah National Guard unit, he was deployed to New Orleans to assist in coffin recovery in the aftermath of Hurricane Katrina. Next, it was Arizona for border security.

Eventually, Robert spent a year in Mosul, Iraq, assisting in combat security. While there, he suffered a concussion after his truck was hit by an IED.

“There was an eerie feeling all day before we were blown up,” Robert says. “It’s almost like we knew we were going to get hit. The night before, I had this feeling that it might be my last night.”

And yet, he went and did his job anyway.

“The ability to ‘do it anyway’ comes from upbringing, training and beliefs,” he says. “I come from a military family where we put others before ourselves. We had to go out there that day for the good of the mission.”

After recovering, Robert spent another year in Afghanistan before coming back to Utah.

“My instinct is that things will turn out fine,” Robert says. “I am able to stay pretty calm and work through stressful situations.”

Which is why he now hopes to move into law enforcement. The dog-lover would prefer to eventually be placed in a K-9 unit, but will help however he’s needed in the meantime.

Robert — a fourth-generation Park City native and current West Jordan resident who is stationed in American Fork — finds heroism in the everyday struggles of all kinds of people.

“A hero is an everyday person who struggles, but keeps going anyway,” he says. “A single mother who has to work to support herself and her children is a hero. It doesn’t have to be something grand.”

Robert’s favorite example of heroism is his grandfather, James Santy. In addition to being a Korean War veteran, James spent his life in the quiet service of his community as a band teacher at Park City High School as well as elementary schools.

“Everywhere we went people knew him and loved him,” he says. “He was a great example of putting others before himself.”

Choose your own adventure in Pleasant Grove Next post