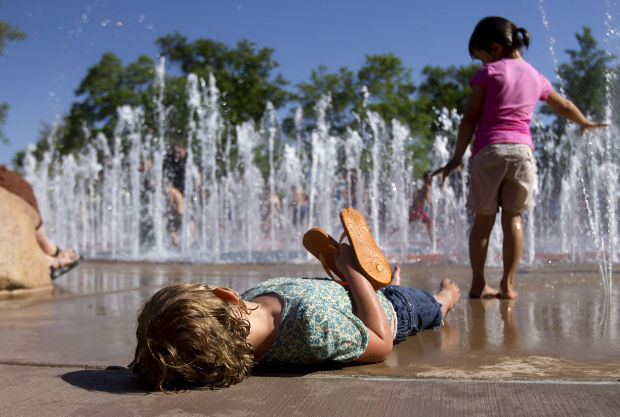 A dog park, splash pad and all-abilities playground are headed to Orem, funded by the city’s CARE tax.

In a 4–3 vote Tuesday night — Councilmen Hans Andersen, David Spencer and Brent Sumner cast the no votes — the city council OK’d the Cultural, Arts and Recreation Enrichment tax projects for 2015–16.

Though there was a list of projects approved, the dog park, all-abilities playground and splash pad “are definitely what people are most excited about,” said Steven Downs, Orem’s assistant to the city manager.

He said those three projects meet what residents said they wanted from the CARE tax in a recent city survey — smaller amenities that can be enjoyed by everybody and upgrades to existing facilities.

“There are more exciting things to come,” he said

“We’re looking at doing higher fences to make sure it’s safe for those playing outside of the dog park and of course the dogs that are inside,” Downs said.

The location has yet to be determined. University Place has submitted plans for a dog park there, and Downs said the city doesn’t know yet if that will be a public or private park. If it’s public, that will help determine where the city dog park will be located since the city wouldn’t want two dog parks too close together.

The city will be putting more information out as it becomes available, and asking for input from residents.

Orem officials hope construction can get started by late summer or early fall.

This will be built at the City Center Park, near the Orem Library. The city will replace the current playground with the all-abilities equipment and upgrade the restrooms, which were up to code when built but aren’t anymore, Downs said.

“This will be the first one in Utah County,” Downs said. “It will be huge.”
Because $150,000 won’t build everyone’s dream all-abilities playground, Orem is hoping to partner with some private organizations “to be able to make it what we hope it can be,” he said.

In general, an all-abilities playground has equipment that’s wide enough for people in wheelchairs to access, including swings. And the equipment also is accessible to people without disabilities.

The proposed location for the city’s first splash pad is at Palisade Park, a new park on the old Cascade Golf Course.  A splash pad has to be near restrooms, so city officials would like to build it near the existing bathrooms at the park, Downs said.

The city will need to choose a design and then a builder for the project, so it likely will open in summer 2016, he said.