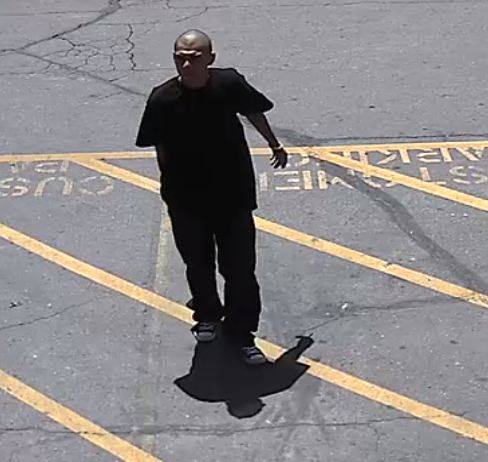 Provo police are looking for a man who attempted to steal a woman’s purse at Rancho Market in Provo. (Photo courtesy Provo police)

Lehi police arrested a Provo man on Tuesday after they say he was high on meth, got into a car accident, tried to shoot a man who was going to give him a ride and then tried to take a gun from a police officer after he was arrested.

Michael Martinez was booked into the Utah County Jail on charges of discharging a firearm in city limits, attempted homicide, use or possession of drug paraphernalia, possession of meth by consumption, disarming a police officer and carrying a dangerous weapon while under the influence of drugs.

On Wednesday afternoon, a customer at Rancho Market, 1700 N. State St. in Provo, was able to fight off a purse snatcher in the parking lot. Police say the man walked up behind the woman, grabbed her purse and tried to take it. She struggled with him and he fled.

The suspect is about 6 feet tall, has a shaved head, was wearing a bracelet on his left arm and had a tattoo on the right side of his neck. He got into a late 1990s white Toyota Corolla with a dent on the front driver side. The car was missing its front left hubcap.

A 19-year-old man will spend one to 15 years in prison after pleading guilty to two counts of child abuse.

Blake Wright was sentenced on Tuesday for severely burning a 3-year-old boy’s genitals and hands with hot water. Wright was babysitting the child.

Santaquin police are looking for whoever is responsible for shooting a control system on one of the city’s water tanks. The bullets — from a .223-caliber rifle — disabled the automatic controls on the tank, which holds the city’s main culinary supply.

Police believe the shooting happened around 11 a.m. on Sunday. If you have information about the shooting, call police at (801) 754-1070. 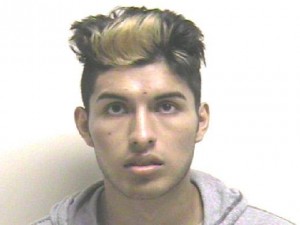 Provo police arrested an 18-year-old Provo High School student this month after they say he got nude photos of boys and then showed and distributed them to other Provo High students. All the photos were of male Provo High students, and taken by the boys in the photos. Carlos Manuel Felix reportedly got the photos through a third party or fictitious online accounts, police say.

Police say he also assaulted a girl when she wouldn’t help him get more photos.

Felix was booked into the Utah County Jail on charges of sexual exploitation of a minor, assault and dealing in material harmful to minors.