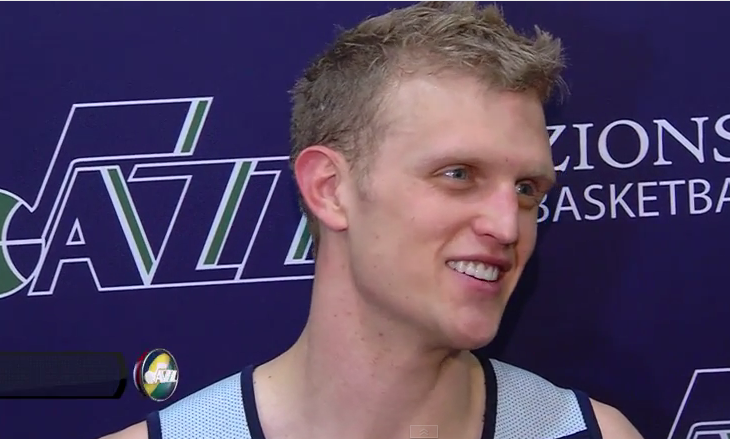 Former BYU basketball star Tyler Haws has been on the road practicing with NBA teams and trying to catch the coaches’ eye. Following his Monday morning workout with his home-state team, the Utah Jazz, Haws says he is out to prove he can make it.

In the past week, Haws has worked out with the Phoenix Suns, Dallas Mavericks and Utah Jazz. Haws will practice with the Lakers on Wednesday and the Golden State Warriors on Saturday with plans to practice with Memphis Grizzlies and Brooklyn Nets.

“I’m trying to take it all in. I learn something new every day from the coaches or the guys I’ve been competing against,” Haws said.

The 24-year-old athlete is older than most graduating seniors with a two-year break to serve an LDS mission in the Philippines, but he isn’t worried about his age holding him back.

“A lot of guys will look at a four-year person in college as a negative thing and I don’t think so,” Haws said. “I wouldn’t trade my experience at BYU for anything and I feel like I’m NBA ready mentally and physically.”

Even though Haws isn’t expected to be drafted on NBA Draft Day on June 25th, Haws still expects to achieve his dreams.

“I’m trying to keep all my options open,” Haws said. “Obviously, the main goal is playing in the NBA. I feel like I can play there. I feel like my game fits well and I can be of value to some team.”