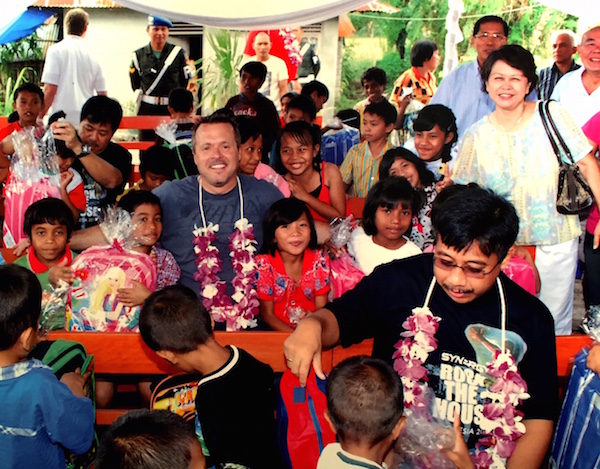 5 Star Legacy Foundation is a nonprofit, which focuses on giving children and their families something they haven’t had much of — hope.

We really need to get summer going because it is long overdue,” said Mark Comer, founder of 5 Star Legacy Foundation. “What better way to start the summer off than by having Neon Trees, Big Data and six other local and national bands perform outdoors at UVU/Brent Brown Stadium.”

The summer bash is much more than a concert — it is a way for the community to come together to help two local charities. The Brent Brown Park at UVU will have two stages set up to accommodate the seven bands performing. Food trucks will be there along with carnival games where the prizes are tickets to be included in drawings for a scooter, mountain bike, long board and many more items.

“It’s not just a concert for college students who love Neon Trees,” Comer said. “There will be activities for all ages and will have a good family atmosphere. There will be something for everyone to go and have fun.”

The best part of the night does more than entertain you — the funds go to support 5 Star Legacy Foundation.

The 5 Star Legacy Foundation focuses mainly on supporting education, but has also helped in disaster relief situations in Thailand, Taiwan, Philippines and Japan. Also, the nonprofit looks to help out locally.

“The main push is supporting education, but we’ve also assisted in disaster relief situations,” Comer said. “We do a lot here locally to support foundations that are great foundations and need assistance as well.”

Comer was inspired to start the nonprofit organization when he visited an orphanage in Southeast Asia while on a business trip over five years ago.

“It just struck a chord with me,” Comer said. “These kids were really happy we spent just 30 minutes with them and donated basic essentials, like food and clothing. During that visit, I thought, we need to go out and find kids that need our help and make a difference in their lives.”

Comer wanted to provide a way so kids in these orphanages and difficult situations could aspire for a better life through education, which doesn’t always mean just paying for books. Sometimes, Comer says, helping is buying food so they don’t go hungry or paying for their bus fare to get to school.

“So many of the children don’t have the opportunity to go to school,” Comer said. “Many times, the director of the orphanage is just trying to get food in their mouths. The cost to support these children was greater than the best resources they could put together.” 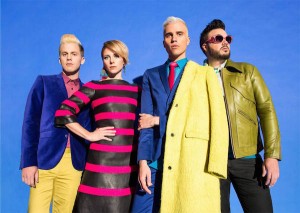 Neon Trees is headlining the Summer Bash event, which will help support Lifting Hearts and Kids on the Move.

One way 5 Star Legacy Foundation tries to be unique is by doing what Comer refers to as non-traditional fundraising. The organization creates hype in the local community, many times by holding a rock n’ roll concert, about the services provided by the nonprofit. They want the community to be passionate about and very involved with the foundation so they will keep returning to serve, many times serving in the orphanages 5 Star Legacy builds or helps support.

“It’s not just us showing up, doing something and leaving,” Comer said. “Community members are getting involved by going to the local orphanages and helping with reading and other needs of the children. “We are doing things so they have an emotional attachments to the kids in the orphanages.”

The Summer Bash concert, headlined by the Neon Trees, has more of a Utah Valley giveback focus. The concert on Saturday, June 13, will help support two local charities: Lifting Hearts, which is a support group for breast cancer patients, and Kids on the Move, which provides services to kids with autism as well as their families.

“We try to pick things that are close to home and have a big impact,” Comer said.

Sticking to their non-traditional fundraising, they thought a concert would be a great way to raise funds. “It’s nice because everyone loves a concert! I was in a band, and still play,” Comer said. “Music is a big part of my life. I think it’s nice for people to donate to a good cause and have a good time. This will directly help people locally and in different parts of the world as well.”

The Summer Bash featuring Neon Trees along with Big Data, Fictionist, Blue Aces, Alex Winston, The Strike, Two Nations and Yes You will be playing on two stages. The concert will be on Saturday, June 13, at UVU’s Brent Brown Baseball Field. Gates open at 4:30 p.m., music starts at 5:30 p.m.   The concert will end around 10:30 p.m. with a fireworks show. Tickets cost $25 and can be purchased online here.

Come out and support the charities. If you are unable to attend, you can go to 5starlegacyfoundation.org to donate.