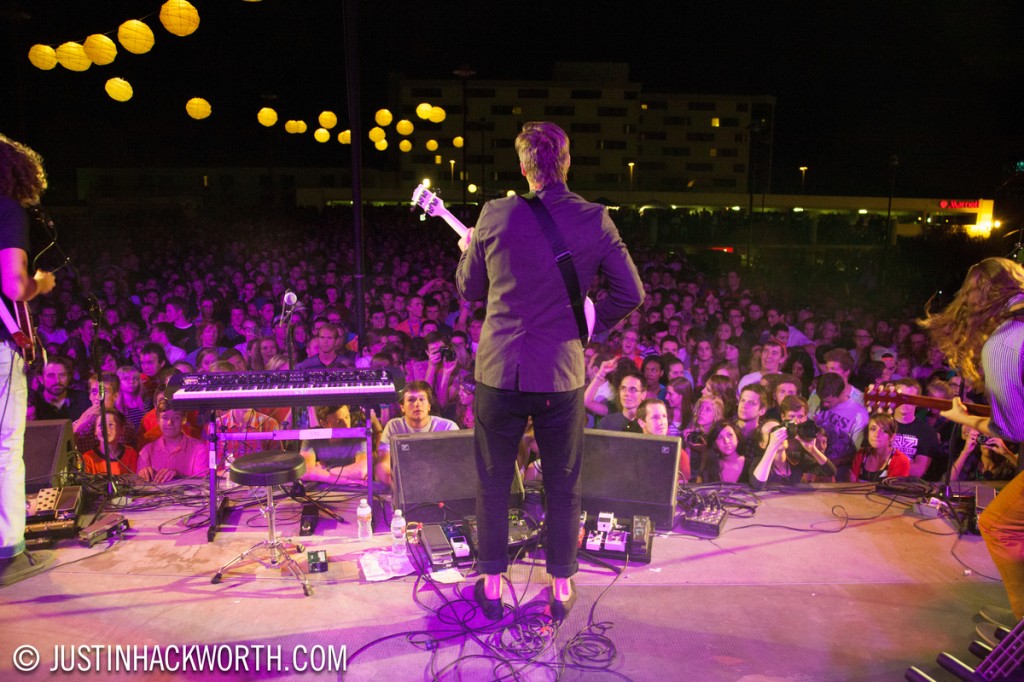 Fictionist frontman Stuart Maxfield plays to a packed crowd at the September 2012 Rooftop Concert. The new gathering law will cause more safety precautions and planning for events, such as the Rooftop Concert Series, in downtown Provo. (Photo courtesy of Justin Hackworth)

It’s nearly summer, and in Provo that means it’s race season, festival season, concert season, outdoor movie season, and getting closer to Provo City Center Temple open house season. And most of those events will be held downtown, where there are businesses and residents using the same space as the events.

So the Provo council decided it was time to make sure city law on large assemblies — aka festivals and events — ensured the city could recoup the money it spends to keep the city running smoothly for everyone during those events, like costs for public safety.

“Right now the city ends up not always able to cover the costs for, say, police protection or public safety protection that must be provided,” said Camille Williams, assistant city attorney.

The new law, which passed unanimously, also streamlines the application process (something the city’s been working on for years), allows for events protected by the Constitution (think First Amendment), includes what to do if there are conflicting applications for events and allows the city to suspend or revoke an already-granted permit. The law already allowed for the city to deny events.

In the past people had to file an application with the city’s licensing office, then get approvals from other departments, which caused confusion, according to a memo to the city council. So in 2011, an administrative directive changed that — now applicants submit their requests to customer service and then they’re reviewed by a Special Events Review Committee. That committee evaluates the impact of the event, logistics of the location, required city services and the operational plan. But that new process wasn’t put into law.

The new law “updates it to help reduce the city’s exposure to lawsuits and improves customer service,” Williams said.

The next large public gathering in downtown Provo is Friday — the first of this summer’s Rooftop Concerts, with Joshua James, Sego and Quiet House. And they won’t be held on a rooftop anymore; this year’s concerts will be on Center Street at 100 West.

And then June 13 is the annual Utah Valley Marathon, which ends at University Avenue and Center Street. Expect traffic delays along University Avenue from the mouth of Provo Canyon to 300 South. Provo police are encouraging anyone trying to get from the east side of Provo to the west side during the event to use 300 South.

The LDS Church hasn’t announced dates for the Provo City Center Temple open house, but it’s expected to be later this year or early in 2016.