Orem police say that vandals on Wednesday shot out dozens of car windows on 800 West, between 400 North and 2000 North. Detectives are investigating. Anyone with information about the cases can call Orem police at (801) 229-7070.

Orem police arrested a woman on Tuesday after she reportedly was caught shoplifting at Kohl’s. When they got the stolen items out of her purse, they discovered meth and drug paraphernalia, which earned her a trip to the Utah County Jail.

Guillermo Gallegos was arrested on Sunday in Payson after police say he repeatedly stabbed a man. He was booked into the Utah County Jail on a charge of aggravated assault resulting in serious bodily injury.

An elderly woman reportedly fought off a carjacker on Saturday in Saratoga Springs by hitting him. Police say the man then ran into the woman’s daughter’s apartment, locked the door and started a fire. Police were able to get him out, and he was taken to a hospital to be treated for injuries from the fire. 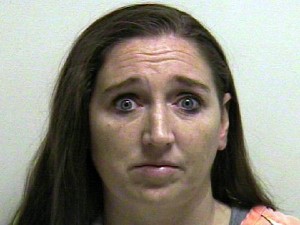 The Utah Board of Pardons and Parole has set a first parole hearing for convicted baby-killer Megan Huntsman, for April 2064. That means she will spend at least 49 years in prison.

Huntsman, a former Pleasant Grove resident, pleaded guilty to killing six of her newborn babies and hiding their bodies in her garage. A judge sentenced her in April to five years to life in prison on each of six counts of murder. Three of those terms will run consecutively and three will run concurrently. The judge gave her credit for the 372 days she’d already served in jail.

Huntsman, 39, was arrested last year after her estranged husband discovered one of the bodies in the garage. Huntsman choked or strangled the babies after they were born, between 1996 and 2006.