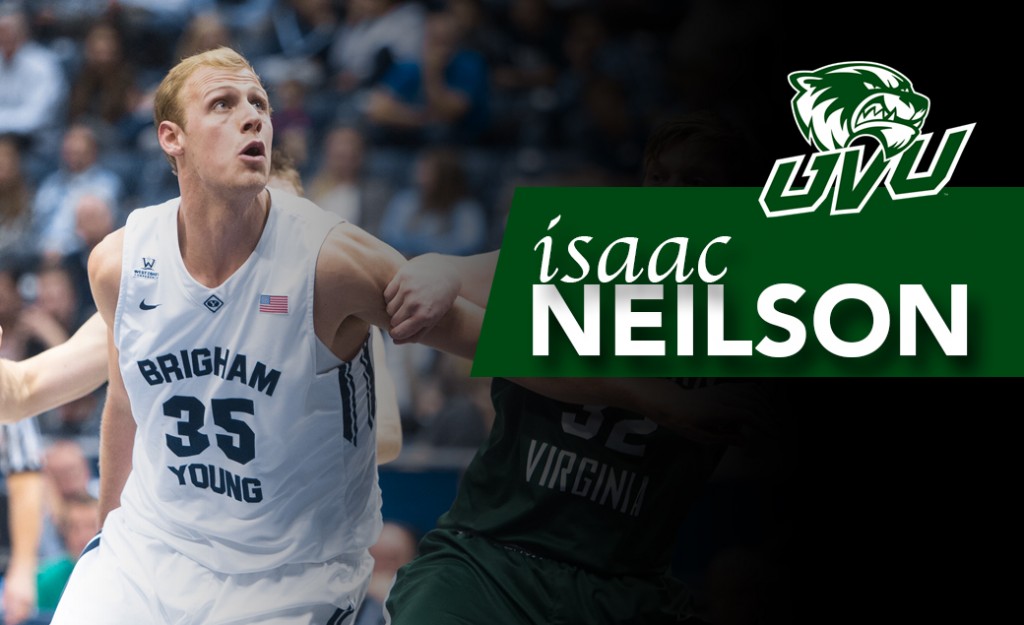 “I am so excited to continue coaching Isaac Neilson,” Pope said in a press release. “I expect that he will continue to grow both on and off the court at an extraordinary rate. He is a gifted shooter, has potential to be a dominant rebounder, and plays with a chip on his shoulder and boldness to his game. He has the potential to change Utah Valley basketball forever.”

A 6-foot-11 forward, Neilson played 34 games for the Cougars during his freshman season after redshirting during the 2013–14 season. Neilson averaged 3.1 points and 2.4 rebounds per game.

Neilson, who is from Mission Viejo, California, served a two-year mission for The Church of Jesus Christ of Latter-day Saints in Alabama.