Home Moms & Family Because I said so Making the cut: 7 dos and don’ts for parenting young athletes

Making the cut: 7 dos and don’ts for parenting young athletes 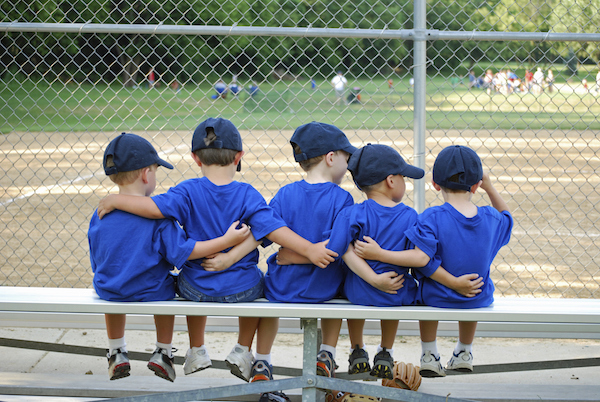 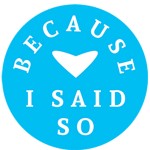 There’s nothing like watching your kid play pee-wee sports. But are parents ruining their children’s athletic careers before they even begin? In the United States, three out of four kids quit youth sports by age 13, according to Luis Fernando Llosa. He is a co-founder of the website Whole Child Sports and co-author of the book “Winning: Smart Parenting in a Toxic Sports Environment.”

Why do kids drop out? In part, because it’s just not fun anymore. The hyper-competitive environment that exists in American youth sports often turns children off from athletics long before they even reach high school.

If you want your child to have a lifelong love affair with sports, there are a few things you should (and shouldn’t do) now, says Alli Bills, former Brigham Young University women’s basketball assistant coach and owner of the Utah-based E3 Basketball. Here, she and Llosa share their dos and don’ts for helping your children play sports in high school … and beyond.

1. Don’t have them specialize too early

“Specialization has been touted as a way to create an uber youth athlete, and it’s been disproven over and over,” said Llosa. Kids who repeat the same movements risk greater injury, and they may not develop all the muscle groups that will give balance and coordination.

And those who specialize can easily pick the wrong sport. “In the end, they can really miss out on something they’re going to be good at,” said Bills.

Don’t worry that forgoing the year-round soccer team or traveling youth basketball team will keep your kids out of the game in high school, said Llosa. “If your child is a generally a good athlete, specializing decreases his chances in excelling in a single sport later on instead of increasing it,” he says.

Kids need time to just enjoy free play and to be creative. Free play teaches children how to have self control, be adaptable and resolve conflicts, Llosa said. “When you have command-oriented, hyper-organized sports for kids starting at early ages, you throw creativity out the window.”

Children ages 5–10, particularly need unstructured time to play games with friends. Whether it’s football or four-square, these experiences should be relaxed and fun. “We hope that kids can take back their childhood to some degree, and parents can provide them with the opportunity by inviting other kids over and having a great time without hiring a coach,” said Llosa.

Children need to have something in their lives besides athletics, say Llosa and Bills. Put academics first, and encourage your child to dance, play the piano or do something else he or she loves.

Llosa recommends that children play a different sport each season, that they play no more than one sport per season, and that they take a season or two off each year to pursue other interests.

4. Do take a cue from action sports

Mountain bikers, snowboarders and skateboarders make great athletes, said Llosa. They may spend hours and hours working on a single trick, learning from their peers and practicing without the aid of a coach. “Organized sports have a great deal to learn from action sports,” he said. Youth who snowboard, skateboard, mountain bike or ski can spend hours, days, months or years just learning how to do one trick — without the help of a coach or adult. “They are incredibly focused and dynamic,” said Llosa.

Help your younger children get actual playing time, however that is achieved. It’s better to have playing time on a recreational team than to sit the benches on a competitive one.

“Up until 12 or 13 years old, they need the experience, they need to just play. You can make a ‘B’ team or a ‘C’ team sound pretty awesome to a younger kid,” said Bills.

6. Do learn your own sports narrative and triggers

Your kids have your genes, and if you didn’t play in college, the NBA or the NFL, they probably won’t either, Bills said. She’s seen families, “hitting their heads against the wall and saying, ‘Someone in this family is going to be good at sports,’ when maybe that isn’t in the cards.”

Parents need to discover their own sports narrative from youth and figure out how it might be affecting their behavior towards their kids, said Llosa. For example, if a parent was under tremendous pressure as a youth athlete, is the parent putting that same pressure on his own child? If a parent didn’t feel like her athletic career had enough attention, is she overcompensating by being a helicopter sports parent?

Also, it’s important to pay attention to what can cause you to go crazy on the sidelines. Is it an injury? Not enough playing time? Another teammate outshining your child? If you tend to get fired up, Llosa recommends practicing breathing techniques or other stress-relieving activities so you can act appropriately as a spectator.

Less than two percent of high school athletes earn a college scholarship, and the average award is $11,000, said Llosa. That’s not great odds for parents who are investing three, five or ten thousand dollars a year in their child’s athletic training. Especially when a family is having financial challenges, that money would be much better invested in a college savings account for the child, he said.

5 Family Home Evening memories from the prophets Next post